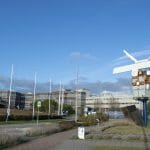 The European Space Agency officially announced testing of Galileo’s Open Service Navigation Message Authentication (OSNMA) in its signal-in-space, allowing the first OSNMA-protected position fix to be successfully computed. This is the first-ever transmission of authentication features in open signals of a GNSS. 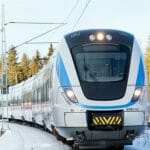 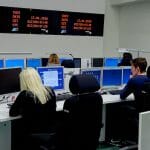 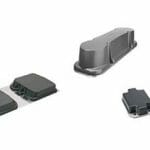 Huber+Suhner, a global supplier of optical and electricity connectivity solutions, updated its range of SENCITY Rail antennas to receive signals from all four GNSS: BeiDou, Galileo, GPS and GLONASS. 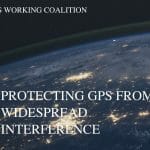 A broad cross-industry coalition sent a strongly worded letter to the  Senate Commerce Committee warning that the Federal Communications Commission’s (FCC’s) Ligado Order that impacts GPS, if left in place, “would upend decades of sound spectrum policy, negatively impact a significant cross-section of commercial, federal, and academic users who rely on the many different L-band satellite services, and threaten the safety of most Americans.” 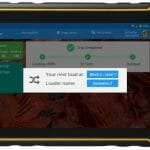 Ramjack Takes Syntony PNT Solution Way Down in the Mine 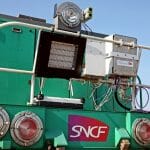 Galileo Boarding Trains All Across Europe

This summer, French railway company SNCF performed successful tests of an autonomous train, using Galileo-enabled receivers. The vehicle ran a distance of four kilometers with the help of remote control. SNCF intends to develop its own prototypes of autonomous freight and passenger trains by 2023. 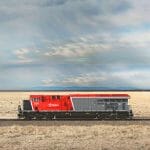 The Federal Railroad Administration has nearly $245 million available to support railway infrastructure and safety improvements including the installation of Positive Train Control and rail-related research. 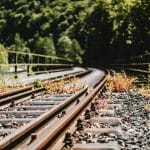 Two years ago, Inside GNSS published a feature article describing some exciting new capabilities and business models making GNSS use a key contributor to deploying European Rail Traffic Management System (ERTMS) on local and regional lines. Today, the train control segment remains one of the most important components of the railway market. In the railway domain, this control segment also is one of the most important in terms of industrial and technological innovation, in particular in Europe with the development and the continuous improvement of the European Rail Traffic Management System/European Train Control System (ERTMS/ETCS) standards. 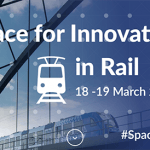 In recent years, the railway segment – including industry, service providers and R&D – has led and developed a portfolio of innovative solutions to increase cost effectiveness, improve passengers’ experience and enhance the safety of rail transport.

Space4Rail  will highlight
ESA funding programs that could support the use of GNSS in rail applications
while raising awareness of the added value that space systems can deliver.

GNSS is already being employed within the rail network to monitor
trains and check the integrity of rail infrastructure, and ESA, as a research
and development agency, has various programs dedicated to supporting such
activities.

Space4Rail has been set up as a one-stop shop for the rail industry
to learn about the agency and facilitate the submission of proposals for
partnerships. ESA offers financial and technical support to projects –
including access to its specialists and agency laboratories – while acting as a
broker between the space industry, the railway industry, and service providers.

Coordinated by the European rail manufacturing industry association
UNIFE and supported through the European Commission’s Seventh Framework Program,
NGTC is a consortium made up of the main rail system signaling suppliers,
together with mainline operators and infrastructure managers as well as urban
rail operators.

One example of such ESA-aided efforts is the 3InSat (Train
Integrated Safety Satellite System) project on a regional railway in Sardinia
(Italy), co-funded within the framework of the ESA´s ARTES 20 program. Led by
Ansaldo STS, the 3InSat team is developing and validating satellite-based
services compatible with the European Railway Traffic Management System
(ERTMS).

In September, a series of tests iwill validate the GNSS-based
location services that will eventually be integrated into the telecommunication
network.

The European-wide standard for train control and command systems,
ERTMS, has been promoted by the European Union to ensure cross-border
interoperability and simplify procurement of signaling equipment. Since 2004,
ERTMS has been deployed not only on an increasing number of European rail lines
but also on railways in other parts of the world as well, such as in China and
New Zealand.

Introducing satellite navigation and communications into ERTMS has
been a significant challenge due to the stringent safety requirements with
which railway signaling systems must comply. Once the approach is validated, however,
space-based systems could play an important role in making rail transport safer
and expanding the market opportunities for ERTMS.

The two main components of standard ERTMS implementations are the
European Train Control System (ETCS), a standard for in-cab train control, and
GSM-R, which is a GSM-based mobile communications standard for railway
operators. Up to now, trains using ERTMS determine their location by means
of balises, electronic beacons
or transponders, which are placed along a railway every 500–1,500 meters. This
information is transmitted via a dedicated GSM-R terrestrial network to rail
traffic control centers, which use the same network to transmit route data,
recommended speeds and other information to train operators, taking into
account the proximity of other trains. 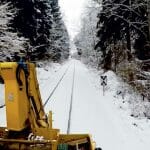 How the Parallel Use of GPS and Galileo Benefits Railway Applications

This article focuses on the research project Galileo Online: GO! – which with support from the Federal Ministry for Economic Affairs and Energy (grant number 50NA1510) designs and develops a reliable and high-precision receiver for multi-constellation and dual-frequency GNSS whose suitability and capabilities are tested in railway applications. Project results showcase the advantages of GPS and Galileo if used simultaneously in railway applications.