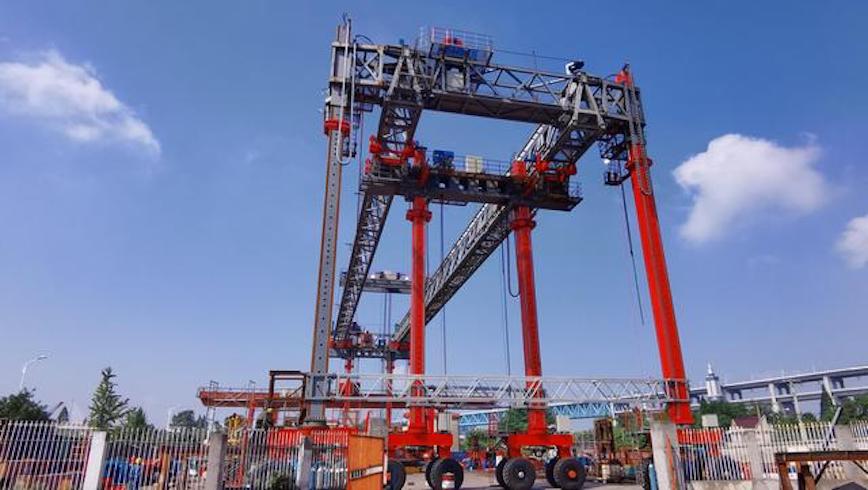 Chisha, that’s who. China’s first robot for assembling building components rolled off the production line in Nantong City in east China’s Jiangsu Province, according to the Science and Technology Daily.

Equipped with 72 sensors and 50 cameras, the robot is 80 meters long, with a weight of 460 tons and an effective span of 69 meters. It can install beams weighing up to 120 tons. Eight independently movable legs mounted on 32 wheels enable the robot to walk horizontally and longitudinally. The legs can stretch independently and climb over slopes and obstacles, making it possible to conduct cross-layer operation without interfering with construction tasks like crane operation and cast in situ.

The robot uses BeiDou, China’s GNSS, for positioning and has a measurement accuracy of 10 millimeters, although with what augmentation or RTK service the report did not specify. The company has applied for two national invention patents.

The workload that previously required dozens of workers can now be handled by an operator and a guide when Chisha swings into action. A video overview of the robot is available here.