SBAS and RNSS Archives - Inside GNSS 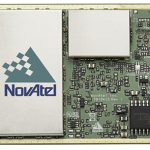 NovAtel Inc. has announced the 7.05.04 firmware release for its OEM7 series family of receivers, and with this release NavIC L5 signals are now available on NovAtel OEM7 receivers. 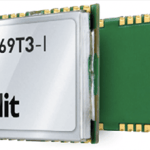 The SL869T3-I is equipped with special HW and SW to support navigation on L1 and L5 bands. It can navigate using GPS L1, IRNSS/NavIC L5 and the GAGAN L1 SBAS systems concurrently, according to the company. 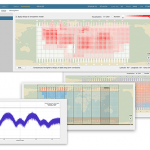 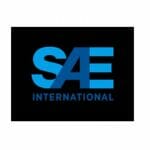 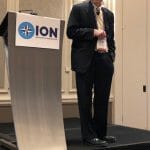 The first full day of the Institute of Navigation’s ITM/PTTI 2019 conference wrapped up Tuesday after a busy, education-filled day at the Hyatt Regency Reston in Reston, Virginia.

The program kicked off with a welcome and introductions by ION President Dr. John Raquet and program chairs Dr. Olivier Julien (ITM Program) and Dr. Michael Coleman (PTTI Program), who announced that this year marked 50 years of meetings for PTTI, with the first meeting having been held in 1969. 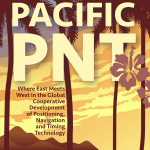 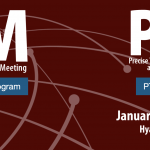 The Precise Time and Time Interval Systems and Applications (PTTI) meeting is an annual conference sponsored by ION with a technical program designed to disseminate and coordinate PTTI information at the user level, review present and future PTTI requirements, inform government and industry engineers, technicians, and managers of precise time and frequency technology and its problems, and provide an opportunity for an active exchange of new technology associated with PTTI. 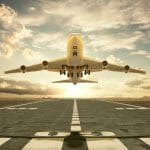 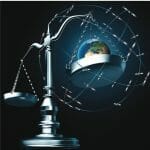 The legal and privacy issues surrounding GPS investigations have come to the forefront around the globe in recent years. Recent court rulings in both Japan and the United States provide insights into the future. Here we summarize and examine a decision by the Japanese Supreme Court and relevant lower court’s decisions, as well compare the Japan decision and the mosaic theory from an earlier U.S. court decision. 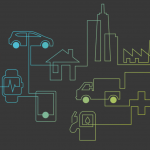 Iridium is asking the Federal Communications Commission (FCC) to rescind rules essential to Ligado Networks’ proposal to use its satellite frequencies to support a ground-based network for applications like 5G wireless service and connectivity for driverless cars and drones.

The Ancillary Terrestrial Components (ATC) rules were initially adopted in 2003 then changed in 2005 and again over the years to permit satellite firms to build a limited number of ground stations or ATCs to enable them to reach customers indoors or in difficult-to-serve environments like large city centers.

“The ATC concept was pretty straight forward — to enhance the business model and expand the reach of satellite systems (think urban canyons), in certain spectrum bands,” wrote former FCC commissioner Kathleen Abernathy, who is regulatory counsel to Iridium at Wilkinson Barker Knauer LLP, in a November 6 opinion piece on insidesources.com “The FCC voted to allow satellite companies to integrate an ancillary terrestrial component into their service. In other words, satellite licensees would be permitted to design a service offering that would combine satellite capabilities with terrestrial wireless service accessed on a single handheld device. Spectrum zoned for satellite service would now be available for terrestrial use as a supplement to the satellite coverage.”

Ligado’s ATC-based proposal has gone through several iterations but has consistently raised alarms in the GPS community after tests showed such a network would interfere with the operation of GPS receivers.

The FCC is now examining the rules as part of a larger effort to evaluate and update rules pursuant to the Regulatory Flexibility Act (RFA). The Act addresses regulations that “have, or might have, a significant economic impact on a substantial number of small entities.”

The Commission is evaluating a long list of rules adopted in 2005 and 2006. In weighing whether to continue, change or rescind a particular rule the FCC is to weigh:

(a) The continued need for the rule;

(b) The nature of complaints or comments from the public concerning the rule;

(c) The complexity of the rule;

(d) The extent to which the rule overlaps, duplicates, or conflicts with other federal rules and, to the extent feasible, with state and local governmental rules; and

(e) The length of time since the rule has been evaluated or the degree to which technology, economic conditions, or other factors have changed in the area affected by the rule.

“When it comes to the world of wireless spectrum, the FCC is charged with managing this scarce resource and the agency is constantly searching for new ideas to maximize the benefits and value of our limited airwaves,” said Abernathy, who served as a Commissioner and was part of the ATC decision-making. “…As policymakers, sometimes great enthusiasm for a new approach is met with the reality that an idea is too complex or the economics just don’t work. When that happens and the marketplace speaks, regulators need to listen.”

The ATC rules were adopted to supplement terrestrial service to augment the reach of satellite networks,” wrote Iridium. They have “resulted in a total of exactly zero ATC deployments, multiple bankruptcies, costly litigation, and countless waivers and rulemaking requests producing substantial work for the FCC and other federal government stakeholders with no countervailing benefits.

“Sometimes regulations are simply a mistake,” continued Iridium. “When this occurs, the FCC should correct the mistake. While well-intentioned, the ATC rules have not worked, and cannot work as envisioned. They should be rescinded.”

Inside GNSS reached out to Ligado for comment but did not receive a response as of press time. The proposal can be found in FCC Dockets 18-31 and 16-131. The dockets can be found by visiting the search page here . 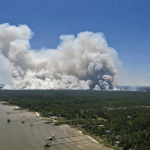 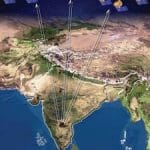 Some good news has been reported and some nice progress has been made by the Indian Space Research Organization (ISRO) this year.

The successful launch of the PSLV-C41 rocket carrying India’s eighth navigation satellite IRNSS-1I from Sriharikota put smiles back on the faces of scientists of the ISRO in April amid tough times as the space agency was struggling to restore the snapped link with its recently launched communication satellite Gsat-6A. 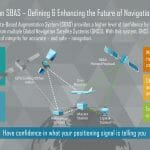 The latest satellite-based augmentation system (SBAS) project update from Lockheed Martin and GMV is designed to collect data near the equatorial region and determine benefits delivered by the dual-frequency, multi-constellation SBAS.