Europe’s Certifiable Localisation Unit with GNSS in the railway environment (CLUG) has moved the continent towards a cost-efficient train tracking solution based on satellite technology together with other sensors and data.

The European Railway Traffic Management System (ERTMS) is a major industrial project implemented by the EU to create an interoperable railway system in Europe that is safer and more efficient.

The proposed solution is based on multi-sensor fusion using measurements from a GNSS receiver, an inertial measurement unit (IMU) and a tachometer with the support of a digital map of the rail tracks. The localization system consists of a data fusion algorithm associated with an integrity algorithm, ensuring the SIL4 level of safety of the main outputs of the Train Localisation On Board Unit (TLOBU). The integrity algorithm uses the European Geostationary Navigation Overlay Service (EGNOS,) a satellite-based augmentation system.

EGNOS V3, currently under development by Airbus Defence and Space, will provide improved performances for aviation users, and in addition will augment both American GPS and  European Galileo with its upcoming DFMC (Dual Frequency Multi-Constellation) release.

The TLOBU will provide trains and railway operators with critical information such as positioning and velocity, complemented by acceleration, heading and attitude for non-safe applications. 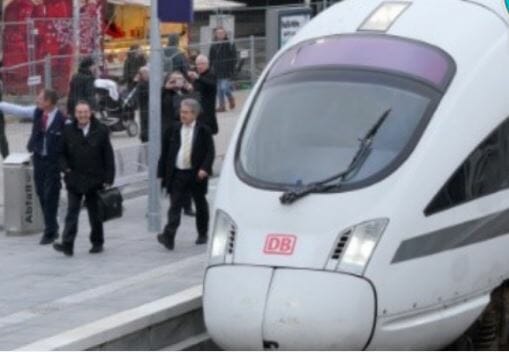 Knowing the exact position of a train is at the heart of rail operations across the EU. It aids rail operators in efficient train traffic management and also informs passengers, both onboard and waiting at the station, to know whether their train is delayed.

To ensure EU-wide interoperability, real-time, precise train positioning and high levels of safety, the ERTMS currently relies on a series of costly ground instruments. In the coming years, this will change, and ERTMS may switch to EU space solutions. CLUG, sponsored by the European Union Agency for the Space Program (EUSPA) has made concrete steps towards providing a cost-efficient train tracking solution based on EU satellite technology together with other sensors and data.

The project’s goal is to assess the creation of a failsafe TLOBU that will be interoperable across the entire European railway network.  Based on experience gained during the demonstration phase, the consortium will collect and review data that will help rail operators and industry to gain insights and push towards a new version of the ERTMS standards.

Data from the TLOBU are transmitted to specific train safety functions such as the European Vital Computer (EVC), part of the Automatic Train Protection function (ATP). In parallel, the fusion algorithm is also providing other outputs to other train functions that do not require a SIL4 level of safety, such as Train Management System (TMS) or the passenger information system.

The system architecture and algorithms are defined by Airbus Defence & Space, and NAVENTIK. Both companies are providing two different solutions for the fusion algorithms, whereas the integrity concept is defined by Airbus Defence & Space. This concept is based on the EGNOS services; however, the currently available services have only been defined for aviation means and requires specific refinements to be optimized for rail environments. This EGNOS service is the cornerstone of the integrity concept of CLUG to reach the necessary SIL4 level of safety. Airbus D&S detailed this EGNOS service for rail in specific deliverables, which will be published in the coming months.

Siemens and its partners are performing data collection on three different trains in Switzerland, France and Germany. All this data will then be used to test the localisation algorithms designed in the framework of the project in order to gather as much as possible experience and knowledge about the behaviour of these sensors and their associated fusion algorithms in railway environment.

From the start of the data collection in November 2020 until the end of May 2021, data has already been collected over nearly 2,000 hours and 45,000 km, a distance of more than once around the world.

The shared raw data will then be processed in two separate test environments, developed by Siemens and Naventik, using sensor fusion algorithms developed by Airbus and Naventik. This step emulates possible positioning solutions based on the two types of fusion algorithms, generating position and velocity information as if these systems would have been installed onboard the train during the raw data collection. Performing this sensor fusion offline however makes it possible to “re-run” the same journey again and again, using improved versions of fusion algorithms.

Using EU space technology in the railway sector not only increases safety but can significantly reduce maintenance and other operational costs. This new approach for train localization is set to improve the current system based on balise readers. A balise is an electronic beacon or transponder placed between the rails of a railway as part of an automatic train protection (ATP) system.

The goal of the TLOBU is to ultimately replace the current localization system, and thus to promote and accelerate the deployment of ERTMS in Europe by introducing more accurate train localization. Such an innovative system should also help drastically reduce the ground equipment, currently ensuring the safe train localization, such as axel counters and track circuits. Although one of the goals is to decrease as much as possible the use of balises along the tracks, the system will still make use of some balises to help maintain a precise and safe position in GNSS-denied environments such as tunnels and train stations.