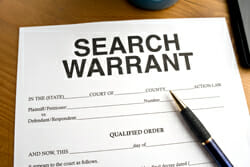 But it will probably not be the court’s last word on the subject and may, in fact, provide Congress and state legislatures with enough incentive to address the subject more fully than they have to date.

But it will probably not be the court’s last word on the subject and may, in fact, provide Congress and state legislatures with enough incentive to address the subject more fully than they have to date.

The case reflects widespread public concern about personal rights to privacy in an era in which GNSS and other new technologies have made individuals’ real-time location and movements easily known.

The nine justices unanimously agreed with the decision of a lower court to throw out a conviction on charges of conspiracy to distribute illegal drugs and subsequent life sentence given to Antoine Jones, an owner and operator of a Washington, D.C. nightclub that authorities believed was the center of a major drug ring. But they split five to four over the legal principle on which their decision was based.

Although the D.C. government had obtained a judge’s permission to install an electronic tracking device on vehicle that Jones used, the warrant had expired by the time police installed the device. Not only that, the device was installed in Maryland, outside of the warrant’s jurisdiction. Nonetheless, police tracked the vehicle over the next 28 days and used information gained from part of that surveillance to indict Jones.

In delivering the opinion of the court, Justice Antonin Scalia said that, without a valid warrant, the act of placing a GPS receiver and cellular modem on Jones’s car represented an act of trespass by police officers and, therefore, constituted an unconstitutional search, which was enough to have the case overturned.

Four other justices, led by Samuel Alito, argued that the case should have been decided on the basis of a 1967 court case, Katz v. United States, which established that a person has “a legitimate expectation of privacy” under given circumstances regardless of location or surveillance methods used by law enforcement agencies.

As a result, the second group of justices would have overturned Jones’s conviction because the suspect’s “reasonable expectations of privacy were violated by the long-term monitoring of the movements of the vehicle he drove.”

Justice Sonia Sotomayor represented a swing vote in the opinion, concurring with the narrow “trespass” argument of Scalia, but agreeing with many of the points made by Alito that the Katz “expectation of privacy” also applies.

Deciding the case on the basis of trespass probably will narrow its application in other cases involving GPS-aided surveillance and leaves unresolved some broader legal issues arising from the use of new technologies. As Alito observed in his analysis, “[T]he Court’s reliance on the law of trespass will present particularly vexing problems in cases involving surveillance that is carried out by making electronic, as opposed to physical, contact with the item to be tracked.”

In her comments, Sotomayor said, “With increasing regularity, the Government will be capable of duplicating the monitoring undertaken in this case by enlisting factory- or owner-installed vehicle tracking devices or GPS-enabled smartphones.”

Indeed, Scalia acknowledged in his opinion achieving the same result as traditional surveillance by visual observation “through electronic means, without an accompanying trespass, [may be] an unconstitutional invasion of privacy, but the present case does not require us to answer that question.”

Nonetheless, all the justices agreed that the Katz principle — reasonable expectations of privacy — would apply in the latter kinds of cases. In the Jones case, Alito argued, this would have primarily been measured by how long the surveillance took place — and that 28 days was well beyond what “our society” might reasonably expect.

However, as Alito himself pointed out, because of the changes in private behavior and social/cultural attitudes driven by new technologies, this principle is a moving target.

“[T]he Katz test rests on the assumption that this hypothetical reasonable person has a well-developed and stable set of privacy expectations. But technology can change those expectations,” Alito wrote. “Dramatic technological change may lead to periods in which popular expectations are in flux and may ultimately produce significant changes in popular attitudes.

“New technology may provide increased convenience or security at the expense of privacy and many people may find the tradeoff worthwhile. And even if the public does not welcome the diminution of privacy that new technology entails, they may eventually reconcile themselves to this development as inevitable.”

On the other hand, Alito added, “concern about new intrusions on privacy may spur the enactment of legislation to protect against these intrusions,” noting that this is what ultimately happened with respect to wiretapping.
To date, however, Congress and most states have not enacted statutes regulating the use of GPS tracking tech­nology for law enforcement purposes.

Among the states that have addressed the issue, California, Pennsylvania, Florida, Utah, Minnesota, Oklahoma, and South Carolina have laws that make it unlawful for authorities to use an electronic device — including GPS receivers — to track the movements of an individual without that person’s knowledge. Moreover, several state courts, including New York and California, have ruled that prolonged warrantless GPS surveillance violates their state constitutions.