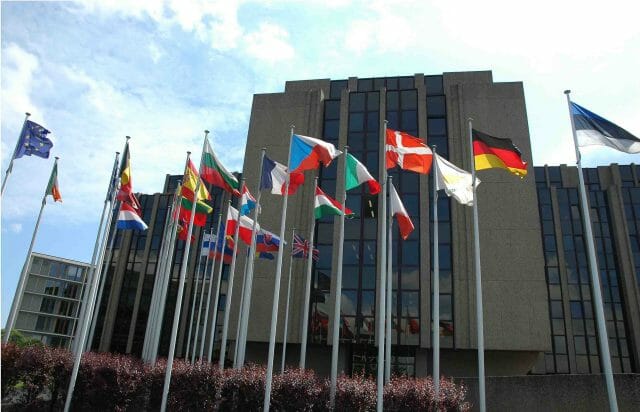 Here’s an interesting document: Preliminary observations on “The management of the Galileo programme’s development and validation phase,” adopted at its January 21–22 meeting by the European Court of Auditors (ECA).

If you’re the kind of person who wakes up in a strange room after a night on the town and wonders how you got there, you’ll want to take in the full 50-page report and six addenda.

Here’s an interesting document: Preliminary observations on “The management of the Galileo programme’s development and validation phase,” adopted at its January 21–22 meeting by the European Court of Auditors (ECA).

If you’re the kind of person who wakes up in a strange room after a night on the town and wonders how you got there, you’ll want to take in the full 50-page report and six addenda.

However, if you’re the sort who, in those circumstances, just wants to know what’s going on and how to get out of there, you probably can get by with a lot less reading. The “Lessons for the Future” and five recommendations take up only 3-1/2 pages of the material.

For one who lived through the first 15 years of Europe’s GNSS efforts, the ECA report is a kind of post-mortem filled with ruefulness and might-have-beens.

The Galileo program is five years behind schedule and facing a current overrun of €2.25 billion (US$3.06 billion) above the 2000 cost projection of €3.33 billion for the definition, development and validation, and deployment phases.

And the auditors review and document the journey in achingly thorough detail — chronicling the delays, unanticipated costs, and postponed deadlines — before concluding that the roadmap to implementation, operation, and replenishment of the system is still not well defined.

The ECA is an official, but not particularly well-known organization based in Luxembourg and given powers under various European Union (EU) treaties to carry out independent audits of programs and their use of EU finances. In the ECA’s own words, “As the EU’s external auditor [the ECA] contributes to improving EU financial management and acts as the independent guardian of the financial interests of the citizens of the Union.”

Based on audit work was performed during 2007 and 2008, the preliminary observations will become a final published report to be made public within the coming months.

Although the audit covers the program from its origins in the early 1990s up to the end of 2008, it focuses on the EU’s satellite navigation programs — Galileo and the European Geostationary Navigation Overlay Service (EGNOS) — during the years 2003 to 2006.

And, through the eyes of the auditors, it’s not a pretty sight. Section headings in the table of contents foreshadow the ultimately dreary conclusions: “Concession negotiations failed,” “Technological development activities delayed and over budget,” “Limited usefulness of RTD [research and technological development] activities,” “EGNOS integration only partially successful,” “Poor public-sector governance.”

Particular attention (and opprobrium) is reserved for the effort to form a Public-Private Partnership (PPP) that sought to derive two-thirds of the cost of deploying the system from a private concessionaire that would operate the system at a profit. The PPP effort fell apart in mid-2006, when the program sponsors — the European Commission (EC) on behalf of the EU and the European Space Agency (ESA) — decided to transform the program into a more traditional public procurement.

The auditors point out that, despite recommendations in two studies prepared by PriceWaterhouseCoopers, the EC did not investigate traditional public procurement. Moreover, neither the EC nor the GJU constructed a public sector comparator, that is, an estimate for comparative purposes of what the project would cost if traditional procurement methods were used.

Instead, the ECA concludes (as was widely assumed at the time), “The Commission proposed, and the [EU] Council adopted, a PPP for the deployment and operational phases of Galileo in order to obtain a political consensus.”

The auditors cite the unclear mandate and conflicted governance structure of the Galileo Joint Undertaking (GJU) established in September 2003 to define technical requirements and oversee construction of prototype satellites and in-orbit validation (IOV), select private operators for Galileo and negotiate the concession agreement, oversee the RTD projects, gain the participation of non-EU members, and develop a business plan for Galileo operation.

The GJU was phased out in December 2006 without having accomplished many of these tasks. The causes for this failure, according to the ECA, were numerous:

• The presence of the ESA as half of the GJU’s governing board while also serving as the lead agency for the IOV activities that the GJU was supposed to supervise “resulted in a lack of accountability.
• The “interventions” by member states in the management of individual program components.
• The GJU’s acceptance of a merger of the two private consortia seeking the concession contract, thereby eliminating the benefits of competitive bidding.
• Incomplete budgets; for example, the November 2000 proposal to the European Council lacked a contingency reserve, made no allowance for the EC’s €50 million contribution to the GJU, and didn’t anticipate security requirements that ultimately added €120 million to overall costs.

The ECA is blunt in its criticism of the EC, which it characterizes as “the programme’s key promoter.”

“The Commission failed to provide adequate leadership,” says the preliminary report. “Whereas, between 1999 and 2004, the Commission actively played its role of initiating the programme and getting it started, momentum was lost from 2005 onwards,” states the report. “Delays and cost overruns became apparent in the course of 2005, but no corrective action was taken until March 2007.”

The report identifies several main EC failings: not reconciling the “multiple objectives [of the the Galileo program], which resulted in a diverse range of stakeholder expectations”; not providing for risk management at the outset; failure to establish a permanent organization early on, instead charging six successive temporary structures with responsibilities for program management and technical support; not taking timely decisions or critically review and monitor the GJU’s progress reports.

Auditors charged that the EC lacked a “long-term strategic vision for the EGNOS and Galileo” programs but focused instead on short-term goals, for instance, being preoccupied “with navigating the programme from one Council meeting to the next. . . .”

Noting that the Galileo program organization “has changed markedly since 2007,” the ECA five recommendations reveal a continuing concern that the EC leadership has not completely figured out what it needs to do next.

Recommendation 1
To gain authority as a programme manager, the Commission should adapt its resources and its legal and financial instruments to the specificities of the development and management of an industrial programme:
(a) the quantity and expertise of its human resources should be commensurate with its task as programme manager;
(b) an appropriate EU-ESA cooperation framework should be established;
(c) the Commission should ensure it has the financial instruments to fund infrastructure (other than via grants) and to commit itself to bearing the yearly operating and replenishment costs of this infrastructure over a long time horizon;
(d) programme governance should be such as to enable the programme manager to perform its tasks coherently (define expectations, grant powers and verify performance).

Recommendation 2
The Commission should urgently clarify the programme’s political objectives and translate them into strategic and operational objectives that will provide Galileo with a solid roadmap from now until beyond full deployment. For example:
(a) How should Galileo be positioned as a commercial system? Is it required to break even financially or will it require continuing public-sector support? Is it about maximising revenue generation, or maximising macroeconomic benefits and serving the whole Galileo value chain through services and goods generated by its applications?
(b) How will EGNOS and Galileo relate to each other once Galileo is fully operational? Will they exist side by side thus ensuring redundancy in service provision, or will EGNOS be dismantled?

Recommendation 3
The Commission should take sufficient time to prepare the commercial operation phase, drawing on best practice in the Member States, considering various models for private-sector initiative and taking account of experience in comparable sectors.

Recommendation 4
The Commission should ensure that the following issues are addressed:
(a) analysis, consolidation and validation of relevant and stable user requirements;
(b) development of enabling actions (such as the necessary legal and regulatory framework);
(c) promotion of EGNOS as a showcase for Galileo, by certifying EGNOS’ SoL [safety of life] service and making the EGNOS and Galileo exploitation models compatible;
(d) development of a clear and compatible pricing policy or revenue model for Galileo and EGNOS services, and a third-party liability policy.

Recommendation 5
For any future joint undertakings and industrial programmes in which the EU resolves to engage, the Commission should:
(a) ensure that there are clear and compelling reasons for creating a joint undertaking;
(b) ensure that all realistic options on private-sector cooperation have been properly considered;
(c) endeavour to establish a governance structure that does not impede proper programme management by the joint undertaking.