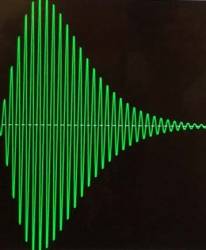 The National Executive Committee for Space-Based Positioning, Navigation, and Timing (PNT ExCom) has recommended using enhanced Loran (eLoran) as a near-term alternative to GPS for essential timing data while it determines what capabilities are needed for a comprehensive GPS backup, officials told Congress this week.

The National Executive Committee for Space-Based Positioning, Navigation, and Timing (PNT ExCom) has recommended using enhanced Loran (eLoran) as a near-term alternative to GPS for essential timing data while it determines what capabilities are needed for a comprehensive GPS backup, officials told Congress this week.

In a December 8 letter, Department of Defense (DoD) Deputy Secretary Robert Work and Department of Transportation (DoT) Deputy Secretary Victor Mendez, cochairs of the PNT ExCom, outlined a two-step plan to put the backups in place. Established by a 2004 presidential directive, the PNT ExCom is the highest-level body charged with coordinating GPS-related matters across multiple federal agencies to ensure that the system addresses national priorities as well as military requirements.

An interagency process established in 2014 and involving DoD, DoT, and the Department of Homeland Security (DHS), assessed "information sources that are complementary to GPS and that could be used to ensure the continuity of PNT services to critical infrastructure." After reviewing several alternatives identified in this process, the PNT ExCom decided at its September 3 meeting that "an enhanced Loran (eLoran) network could be a viable, nationwide complementary capability" that could support the needs of critical infrastructure for timing data — data normally provided by GPS.

The ground-based eLoran system uses a completely separate frequency and network to supply powerful, nearly jam-proof signals. Tests of eLoran’s timing and time transfer capabilities began earlier this year from a former Loran station in New Jersey under a cooperative research and development agreement signed by DHS and the U.S. Coast Guard.

Such an eLoran network, they said, could be implemented in the near-term "with properly scoped specifications, costs, and cost-sharing arrangements." There may also be opportunities to work with private and commercial entities, wrote Work and Mendez.

With eLoran in place, they said, the ExCom would continue developing a "complete set of requirements necessary to support a full complementary PNT capability for the nation."

"The EXCOM acknowledges the challenges associated with this undertaking, especially given the fact that no government-wide set of requirements has been established for such a complementary capability," the deputy secretaries said in their letter to the congressmen. "However, sufficient data exists from previous studies to produce initial cost estimates and basic system specifications to determine the appropriate scope of the effort. We are building on these data and estimates to develop a more detailed approach for an initial timing-focused eLoran capability."

"Without GPS or a timing back up system the mobile devices on which we increasingly rely to organize our lives will be little more than paperweights, and our transportation systems will become much less efficient than they are today," said Shuster in a statement about the ExCom’s eLoran recommendation.

Garamendi, whose signature led the query letter, has taken a particular and sometimes pointed interest in protecting the nation’s PNT capabilities. In fact, as news of the long-awaited decision was breaking, he was helping manage debate on the House floor on the Coast Guard Authorization Act of 2015 and calling again for an eLoran system. The authorization bill includes language preventing the Coast Guard from further dismantling existing Loran installations that could be converted into eLoran stations.

"For several years we have known that the relatively weak, high-frequency GPS signal is fairly easy to corrupt, degrade or altogether disrupt," Garamendi said in his prepared remarks on the bill. "For this reason, Secretary of Defense Ash Carter has called GPS a potential single-source of failure for important national defense assets and a major liability across 16 sectors of critical infrastructure that our nation relies on."

LoBiondo hailed the ExCom’s choice, calling it "a positive step forward on a long-sought project."

News of the decision appeared on the website of the Resilient Navigation and Timing Foundation, which has been a strong proponent of having a backup for GPS and of considering public private partnerships as one way to secure the necessary resources.

"I am glad the Executive Committee is willing to work with private entities in developing a short term solution to the need for a timing back up system," said Chairman Shuster, "and I look forward to seeing an Administration proposal to develop a more robust timing back up system."

Shuster also expressed his support for Rep. Duncan Hunter, R-California, who was instrumental early on in stopping the Coast Guard from disposing of the crucially located Loran sites until a decision on upgrading them to eLoran could be made.

"I am sure Duncan Hunter, the Chairman of the Coast Guard Subcommittee, will continue his oversight of this issue, and I will support him on those efforts," Shuster said.

U.S. implementation of an eLoran system would have wider ramifications, as several European and other nations currently operate or have indicated the intention to establish similar systems as GNSS backups. A UK/U.S. joint venture announced recently seeks to set up a commercial eLoran system.