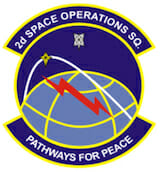 Less than a month after Europe switched off most of its Loran transmitters, a problem with GPS satellite timing signal triggered alarms across the continent and caused an unknown number of outages, including the disruption of some features of critical infrastructure.

Less than a month after Europe switched off most of its Loran transmitters, a problem with GPS satellite timing signal triggered alarms across the continent and caused an unknown number of outages, including the disruption of some features of critical infrastructure.

The GPS problem was caused by an error in ground software uploaded January 26 as system operators removed space vehicle number (SVN) 23 from service. The long-planned deactivation of SVN 23, the oldest of the GPS satellites, clears the way for a new satellite, the last GPS Block IIF, which is to be launched February 4.

The software problem, however, threw GPS’s coordinated universal time (UTC) timing message off by 13 microseconds, which affected the timing data on legacy L-band signals and the time provided by GPS timing receivers, said 50th Space Wing spokesman James Hodges. The problem did not appear to have affected the GPS systems’s ability to provide positioning and navigation service.

Even so the impact on timing receivers was broad, said Charles Curry, managing director and founder of Chronos Technology Ltd. in the United Kingdom. Chronos was monitoring the effect of the glitch closely because it provides timing equipment and 24/7 support to most of the major telecommunications operators in the UK, Sweden, and Denmark. It also works with firms in other industries including energy and defense.

"Every support contract that we have that involves GPS timing receivers called in to say, ‘We’ve got a problem. What’s happening?’ Curry told Inside GNSS.

The problem, he said, was widespread.

The timing offset disrupted user equipment globally as around the world at different times, he said, as the affected GPS satellites traveled along their orbits. "It kind of moved around the world,” Curran said. “But if you were in the [middle of the] problem, as we were, it lasted for about 12 hours."

Anybody using a low-cost, non-resilient, GPS-disciplined oscillator would have seen a service impact, Curry said. Those with one-to-one redundant systems and high stability rubidium atomic oscillators as their local oscillator — probably had the impact mitigated. Rubidium oscillators, however, did not provide complete protection, said Curry. "We saw rubidium oscillator units misbehaving quite significantly."

"Potentially nothing was safe," he said.

Curry said impact of the January 26 problem was on par with the 10-hour long disruption of the Russian GLONASS system that occurred in April 2014. That disruption, may have been caused by an erroneous uploading of corrections to satellite ephemerides (orbital positions).

"We’re very glad that nothing worse happened," said Dana Goward, the president of the non-profit Resilient Navigation and Timing Foundation, although he noted it was not possible to know the full consequences of the error because there isn’t a good reporting mechanism for such things. "The recent problems that we’ve had with GPS are just an example of how small changes in a complicated systems can have unintended consequences."

Boosts Arguments for eLoran
Both Goward and Curry are advocates for enhanced Loran (eLoran), a system that could provide an independent backup for GPS — particularly for timing applications. After years of delay, the powerful, jam-resistant eLoran system has won renewed government support in the United States and will likely be reestablished.

eLoran was operating in Europe until the end of last year when — based in part upon the United States’ decision to cancel eLoran in 2010, and U.S. foot-dragging over reinstating the system thereafter — it was deemed unnecessary and turned off. Only one station at Anthorn in the UK continues broadcasting, sending out a timing signal.

Although many questions remain the sudden GPS glitch has grabbed the attention of European authorities, underscoring the need for a backup timing system.

"In context of its impact it’s very timely —e xcuse the pun," quipped Curry. "And it has brought to the attention of various critical national infrastructure organizations the vulnerability that they have, relying on one technology."

Chronos is a partner in Taviga, a private sector collaboration with U.S.-based UrsaNav that is discussing with various governments the reestablishment of eLoran as a commercially operated service in Europe.

Europe’s Galileo satellite navigation system, he pointed out, has the same fundamental technology with similar vulnerabilities.

"Why couldn’t the same thing hit Galileo?" he said. "It’s brought home that too much reliance on one technology is always going to be dangerous."