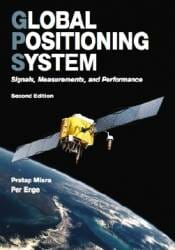 My history with GPS began during the time of the “Cold War” in what was then Czechoslovakia. In 1975, the ION Journal of Navigation was the only information available to me.  Despite that, my team at the Czech Technical University developed a GPS receiver and measured the position of our faculty in 1984.  In those relatively isolated years, we gained a good deal of experience with GPS signals.

My history with GPS began during the time of the “Cold War” in what was then Czechoslovakia. In 1975, the ION Journal of Navigation was the only information available to me.  Despite that, my team at the Czech Technical University developed a GPS receiver and measured the position of our faculty in 1984.  In those relatively isolated years, we gained a good deal of experience with GPS signals.

By the time of the Velvet Revolution in late 1989 when western information sources opened to us, we had already designed a GPS receiver for Czech industry and had a large amount of practical knowledge of GPS signal processing.

During my 40 years reading lectures on radionavigation systems, I have also been collecting books, papers, and journal articles from many sources on GNSS, including the second edition of Pratap Misra’s and Per Enge’s book, Global Positioning Sytem: Signals Measurements, and Performance.

Several of my colleagues and doctoral students have also read this book. I always use it when I prepare my lectures. Those of use concerned with satellite navigation — and especially GPS — appreciate good literature on the subject and think that this book is excellent.

New Edition
In the second edition of their book, the authors have added chapters on modernized GPS, GLONASS and Galileo systems and information on new signals L2, L5 and BOC.

The book features deeper explanations of signal acquisition and tracking and describes signal reception under difficult conditions — when they are attenuated by obstacles or jammed by different sources in the electromagnetic field.

Nearly 60 pages of mathematical signal theory were added or concentrated. This is particularly useful because the information remains close at hand without having to look up various citations or references.

It has been carefully prepared, with clear and instructive illustrations and a minimum of errors.

The 569-page book is divided into 13 high-volume chapters grouped in four sections plus extensive appendices and an index. Extra appendices, which are not common or generally incorporated in this fashion, comprise parts of separate chapters, too.

The package includes a CD with three large directories, including GPS interface documents, RINEX specifications, Volpe’s 2001 report on GPS vulnerability, and Matlab navigational utilities — an invaluable aid for students in particular. All 13 chapters have a standard format: beginning with a brief introduction and ending with a summary of the chapter contents, carefully constructed homework problems, and references.

Unfortunately, readers without the GPS skills won’t find the homework useful without having the results or the hints available. The references are rich and very well chosen, using preparatory works in mathematics, physics, and signal processing in addition to GPS sources. The preparatory works are chosen very delicately as if the authors had anticipated that the reader taught the theory a long, long time ago.

Navigation and GPS Basics
The first four chapters cover navigation history, brief description of radionavigation methods. The entire first section is pleasant to read; I believe that a navigation newcomer will read it in one sitting and will be well motivated for the next more difficult parts of the book.

The main subject of the whole book — position determination based on the duration of the signal trip from the satellite to a user receiver — is shown on a very simple and instructive figure in the first chapter.

Global or long-distance systems, including terrestrial and satellite navigation systems, are described in the first chapter, followed extended discussion of GNSS systems including Russia’s GLONASS and Europe’s Galileo.  I appreciate that the leading inventors and personalities of GPS history are mentioned on these pages.

The authors then continue with an overview of the GPS system segments, signals and receiver principles and describe differential methods (augmentations). Photos of receivers (at the time of the book’s publication) are added to the overview of GPS applications. This is useful for readers who are not regular GPS users.

This basic information is followed by a description of future GPS modernization and by brief information on GLONASS and Galileo systems. The authors have not omitted the benefit of integration of all satellite systems and described its advantages.

The first part of the book ends with the basic information on Keplerian laws, coordinate systems and time and frequency — basic elements  of navigation.

Position, Velocity, and Time
Part II, consisting of three chapters, begins with a description of differences between code and carrier measurements and with an ambiguity resolution. Comprehensive explanation of system errors and their mitigation occupies most of the first chapter in this section.

The next is dedicated to position, velocity and time determination — or, perhaps better stated, estimation — and develops the principle of position determination based on least squares estimation, which was introduced in the Chapter 1 of the book. Relationships between geometry, dilution of precision (DOP) factors, and positioning the root mean squared (RMS) error are explained in detail. The last part of this section presents carrier phase methods of precise positioning in a very instructive manner.

The next section is the most important part of the book, in my opinion. It begins with GPS signals and signal processing and their description in time and frequency domains. The discussion is accomplished with such great didactical mastery that even laymen in the area of signal theory could study GPS signal processing.

The theory of correlation reception of GPS signals and explanation of ranging codes generation algorithms are given very instructively with many figures, explaining clearly what happens in the GPS receiver processing not only the L1 signal but also the L2, L5 and military frequencies. The advantage of BOC signals is demonstrated, too. Practical measures for noise and multipath mitigation based on rich mathematical background close this section.

Signals in Receivers
Part IV, consisting of the final 120 pages in three chapters, builds on the fundamentals laid out in all previous chapters. They answer the cardinal question, “What happens to the GPS signal in the receiver?”

A reader can see that signal processing is more complicated than the bare outlines sketched in the book’s first chapter. The process is divided into an acquisition phase which is studied from the point of view of its probabilistic parameters, and the tracking phase.

When the receiver PLL is locked it is very simple to recover navigation data carried by the GPS signal. Ubiquitous noise corrupts obtained quantities and the authors of the book present the influence of the noise on the quality of the tracking.

Noise is not the only source of difficulties; GPS signals are received in a real environment with obstacles blocking direct signal propagation and with electromagnetic interferences caused by human activities. The authors close their book with the methods to fight interference — antennas with a controlled pattern, assisted GPS, and inertial aiding.

Misra’s and Enge’s book is a very good source of knowledge of present satellite navigation systems. I hope that the third edition with the latest news on GPS III, Galileo, and Compass (Beidou-2) doesn’t keep us waiting long!