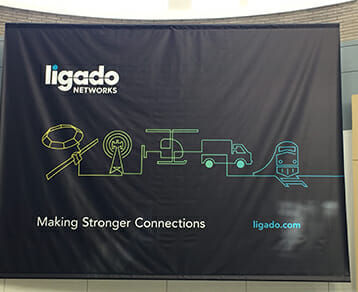 The nation’s leading GPS experts said in a newly released letter that a controversial broadband network would still interfere significantly with GPS receivers despite revisions to the network plan. The right choice, the group advised key administration officials, is to protect GPS, which underlies aviation and much of the nation’s other critical infrastructure.

The nation’s leading GPS experts said in a newly released letter that a controversial broadband network would still interfere significantly with GPS receivers despite revisions to the network plan. The right choice, the group advised key administration officials, is to protect GPS, which underlies aviation and much of the nation’s other critical infrastructure.

Though the letter, which was released July 10, does not specifically name the wireless network proposed by Virginia-based Ligado Networks, the dates and information in the letter closely tracks the firm’s plans, assertions and testing. In the recommendation, a number of statements were highlighted and printed in bold for emphasis.

The GPS community has been at odds with Ligado since 2010 when the Virginia firm proposed to a nationwide wireless system based on the rezoning of its licensed frequencies, which were allocated for Space‐to‐Earth Mobile Satellite Service (MSS). Named LightSquared at the time, the company asked regulators to allow it to use its MSS frequencies to support some 30,000 high-powered ground stations. However, tests in 2011 showed the LightSquared signals would overload the vast majority of GPS receivers and the Federal Communications Commission (FCC) put the plan on hold in 2012. The company filed for bankruptcy shortly thereafter, emerging in late 2015. LightSquared changed its name to Ligado Networks and presented a revised plan in 2016 aimed at limiting interference.

The new plan, however, is not sufficiently different to prevent interference, concluded the National Space‐based Position Navigation and Timing Advisory Board (PNTAB) at its end-of-June meeting.

"Extensive government testing in 2011 and in 2016, clearly shows that both proposals cause definitive harmful interference to many classes of GPS receivers," wrote Board Chairman John Stenbit. The letter is addressed to the co-chairs of the National Executive Committee for Space‐based Positioning, Navigation and Timing (PNT), which guides the GPS program for the administration.

The board, which exists to advise the Executive Committee, reexamined two key facts supporting its recommendations against approving the original LightSquared plan, Stenbit said.

"We confirmed that the current proposal is fundamentally the same as the proposal tested in 2011," Stenbit wrote. "…The DoT GPS Adjacent Band Compatibility (DoT GPS ABC) tests confirmed the conclusions of the 2011 tests that the proposed system does in fact interfere significantly with classes of receivers and operating modes which are significant today."

The Department of Transportation’s ABC Assessment is an extended effort to characterize the level of interference that can be tolerated by GPS receivers from applications using neighboring bands. Launched after the first Ligado plan was set aside, the Assessment aims to devise a collection of masks that show, by frequency, what level of interference can be tolerated.

Stenbit wrote, however, that the initial round of ABC results "shows that harm can occur to precision GPS users at a half mile from each of the several thousand ground transmitter sites planned under the new proposal, even at the reduced (by a factor of 100 from that of the original proposal) 15.8 Watt (W) power level that the new proposal claims."

During the board’s October meeting the "acting co‐chairs strongly concurred with PNT stakeholders and the PNT EXCOM departments and agencies that the revised proposal to the FCC is fundamentally unchanged from a previous proposal reviewed in 2011."

Ligado disagrees with the board’s conclusions.

"The PNT Advisory Board’s letter presents a flawed policy choice that ignores the critical fact that over the past two years industry has come together to develop solutions enabling coexistence of GPS and mobile users," said a Ligado spokesperson in an emailed statement. "John Deere, Trimble, Topcon, Garmin, NovAtel, and Ligado have shown through our agreements that our country can have both a robust GPS system and the use of spectrum to benefit American infrastructure and our economy."

Ligado has done testing to support those assertions — testing the board also criticized in its letter.

The board pointed out that the industry standard for measuring interference "has never been accepted by the company." Moreover, the most recent tests which were conducted by the National Advanced Spectrum and Communications Test Network (NASCTN), did not meet many of the board’s recommended test criteria, did not discuss worst case results and did not consider actual user scenarios. Therefore, in the eyes of the board, Stenbit wrote, the company‐sponsored tests are "neither credible nor complete."

"The PNTAB strongly believes that approval of the new license modification application is not in the public interest," the letter said, "and the proposed use should not be permitted."