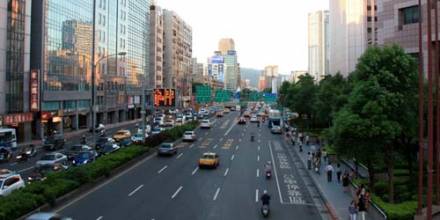 Although GNSS, WLAN (e.g., Wi-Fi), and WPAN (e.g., Bluetooth) have become common technologies, their navigation performance does not yet enable ubiquitous navigation systems.

Wireless systems provide absolute positioning information, but when signal reception is unreliable or becomes inaccurate due to multipath, interference, or signal blockage, backup systems are needed.

Inertial sensors have been used in many high-end military, industrial, survey and enterprise machine guidance systems for several decades, and especially within INS/GPS systems using fiber-optic gyroscope (FOG) or ring laser gyroscope (RLG) technology. These systems are extremely accurate and reliable, but their cost, size, and power requirements exclude them from the personal navigation market, which has turned to wireless positioning technologies.

Wireless positioning technologies can make use of received signal strength (RSS), time of flight (TOF), and angle of arrival (AOA) to calculate a location using one of four common geometric arrangements. TOF, including both time of arrival and time difference of arrival, and AOA use multiple points of signal transmission to find a target location.

Examples of such methods include cell tower trilateration and Wi-Fi positioning from router access points. If a single terminal can perform both direction finding and distance measurement then it can be used by itself to determine the location of a target, which is the fourth method.

The location estimate of these wireless techniques typically depends on the measurement of the time of flight (TOF) between a transmitter and receiver, or through use of the received signal strength (RSS). RSS accuracy is usually worse than that of TOF due to interference and multipath created by local environments, especially indoors or in urban environments. TOF methods can be more accurate, but they require additional hardware for timing and synchronization between a transmitter and a receiver.

Regardless of the wireless positioning method, all of these techniques suffer from local interference, multipath, or time synchronization errors. Urban and indoor environments further challenge the utility of these wireless methods due to inaccurate TOF or RSS measurements.

The line-of-sight problem has plagued navigators for hundreds of years, from clouds blocking their view of the stars to buildings blocking a direct path for satellite signals. The age-old remedy has been the augmentation of the primary navigation technology by integrating other sensors to help determine the navigation solution in such scenarios.

MEMS Sensor Constraints
Wireless positioning methods are crucial in any consumer navigation system, but when the wireless methods cannot operate or when the wireless system accuracy is very poor, other complementary sensors are used to aid in the solution.

Motion sensors, such as accelerometers and gyroscopes, are capable of tracking relative position, velocity, and orientation changes with respect to a previous position, velocity and orientation — a technique generally known as dead reckoning. The accumulation, or integration, of the relative motions over time allows the navigation solution to be extended from a previous known position.

Integrated Sensor and Wireless Navigation Filters
The use of traditional mechanization, platform updates, and complementary sensors, has made stand-alone MEMS navigation in consumer devices possible; however, the integration of wireless and sensor navigation techniques is a more desirable solution.

Several methods can be used to integrate wireless positioning techniques with inertial sensors. The three common methods are loosely coupled, tightly coupled, and deeply coupled integration. The terms centralized and decentralized have also been used to refer to tight and loose coupling, respectively.

A loosely coupled architecture is the simplest to implement because the inertial and GPS navigation solutions are generated independently before being weighted together in a separate filter. The advantages of the loosely coupled strategy are that the INS errors are bounded by the GPS updates, the INS can be used to bridge GPS updates, and the GPS can be used to help calibrate the deterministic parts of the inertial errors online.

MEMS Improvements to Wireless Real-Time Navigation
Most commercially available real-time wireless positioning and navigation systems rely on a combination of wireless methods for positioning. These wireless methods work well in clear signal propagation areas, but suffer from availability and inaccuracy in urban and indoor areas. To combat the availability problem, GNSS manufacturers use high-sensitivity receivers to accept more signals, which can lead to decreased accuracy.

Wi-Fi Integrated with Sensors
GPS is not the only absolute wireless positioning method that has gained mainstream popularity. Wi-Fi positioning systems are also quite prevalent in existing consumer devices. . . . The Wi-Fi solution was further integrated with a MEMS IMU carried in a backpack by a person while walking through two buildings.

The Wi-Fi solution was available 35 percent of the time and had errors greater than 30 meters, while the integrated solution (red line) had estimated errors within 10 meters of the true trajectory.

The figure clearly shows all the turns along the path. Even Wi-Fi positioning from known access points (APs) requires integration with sensors to obtain usable indoor position accuracy.

The Future of Urban Navigation
If a wired or wireless connection is available, sensors in the vehicle and a mobile device can be integrated, resulting in significant gains in navigation accuracy when driving in urban environments.

We performed tests of such a system in several major urban cities worldwide including Detroit, Toronto, Calgary, Houston, Taipei and San Francisco. Figures 9 and 10 illustrate the results from the San Francisco test in an environment containing tunnels, tall buildings, and frequent altitude changes that challenge a 2D solution.

A mobile device was placed loosely on the back seat of the vehicle and had a wired connection to the On-Board Diagnostics-II (OBDII) communication port of the vehicle that transferred vehicle speed information at one hertz with a resolution of 0.3 meters per second. The device used this speed information to decouple the motion and resolve the misalignment in real-time. The sensors within the device could then be used to contribute to the navigation solution.

In these cases, backward smoothing (BS), which makes full use of the information logged in both the forward and backward directions, can improve the navigation performance significantly with some latency in the improved navigation solution.

Many consumer applications exist, with the two mainstream applications being for pedestrian and vehicle navigation. Navigation can be real-time or post-mission, but in either case accurate and seamless solutions will always be required by the end-user.

The use of MEMS significantly enhances the navigation and positioning results of wireless-only solutions. New applications will demand more accuracy. MEMS sensors may be replaced by better hardware. End-user expectations will become higher. The road to “everywhere navigation” will be long, but marked by continuous improvements.