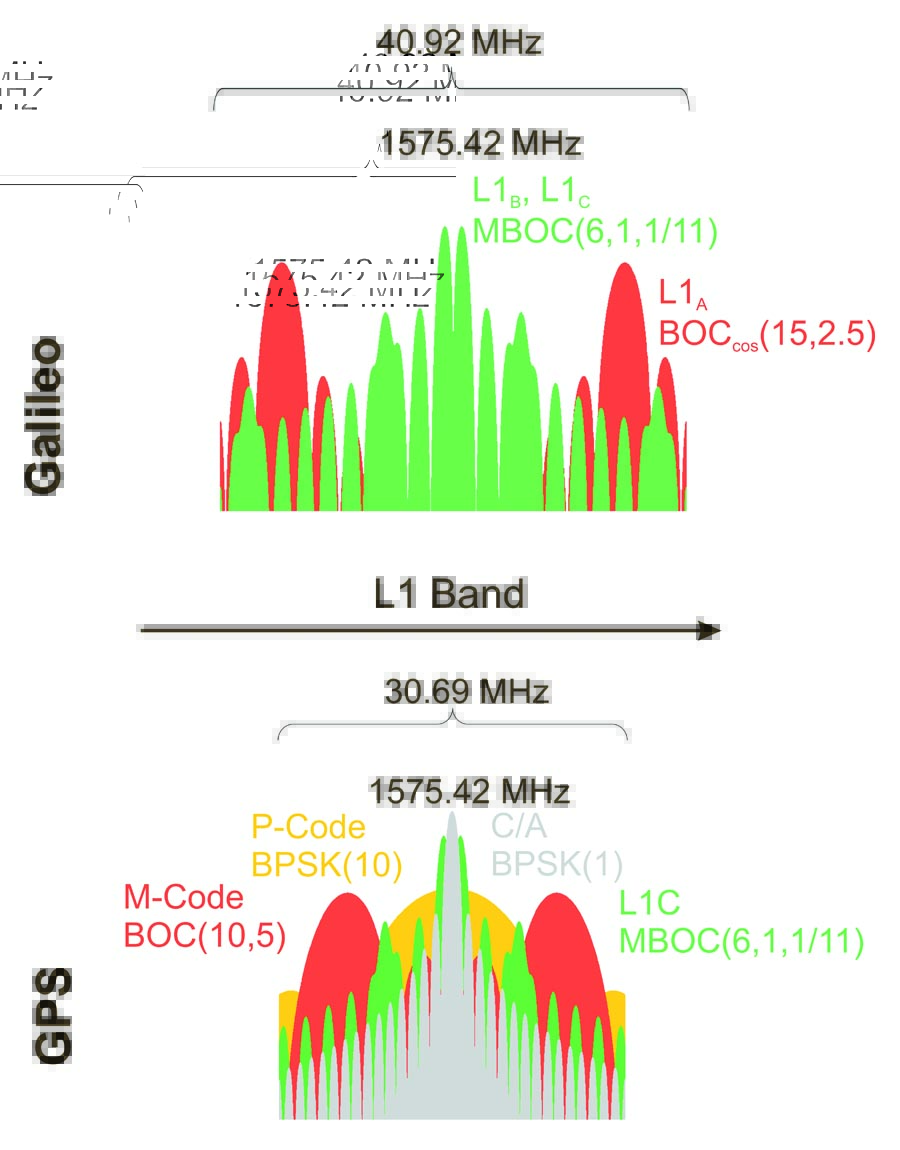 The British military establishment is seeking royalties from GPS receiver manufacturers, asserting it holds a patent on the technology at the heart of the new GPS and Galileo civil signals.

Should U.S. manufacturers have to pay royalties, American GPS users, who have already paid for the GPS constellation and made it available to the world free of charge, could find themselves spending more to use its location capabilities. Sources said the development could undermine relations between the U.S. and the European Union (EU), which have cooperated for years to develop a common signal at the L1/E1 frequency centered at 1575.42 MHz.

The British military establishment is seeking royalties from GPS receiver manufacturers, asserting it holds a patent on the technology at the heart of the new GPS and Galileo civil signals.

Should U.S. manufacturers have to pay royalties, American GPS users, who have already paid for the GPS constellation and made it available to the world free of charge, could find themselves spending more to use its location capabilities. Sources said the development could undermine relations between the U.S. and the European Union (EU), which have cooperated for years to develop a common signal at the L1/E1 frequency centered at 1575.42 MHz.


Ploughshare Innovations, a wholly owned subsidiary of the research and development division of the British Ministry of Defense, is asking for remuneration regarding a U.K patent on “modulation signals for a satellite navigation system.” One source, who asked not to be named, said the company was seeking a percentage of receiver revenues.

It does not appear that the U.S. government has been asked to pay royalties.

The UK firm, which declined to comment for this article, has been open about its quest for royalties and even had a booth at the Institute of Navigation GNSS 2011 conference in Portland, Oregon, last September. Multiple sources, each of whom asked not to be named because of the extreme sensitivity of the issue, said the firm has been approaching GPS manufacturers for roughly a year.

The signal design in question emerged from the work of the Galileo Signal Task Force of the European Commission and underlies both the Galileo Open Service and the new GPS civil signal (L1C) that will be transmitted beginning with the GPS Block III satellites scheduled for first launch in 2014. The task force teamed European and U.S. experts to develop a new signal enabling GPS and Galileo to be both compatible and interoperable.

The group was created as part of the Agreement on the promotion, provision and use of Galileo and GPS satellite-based navigation systems and related applications — a landmark 2004 accord formalizing cooperation on satellite navigation between the United States and more than two dozen European countries, including the United Kingdom.

The frequency structure developed by the task force will be used by GPS’s L1C signal and Galileo’s E1 signal. Called MBOC — short for multiplex binary offset carrier — the signal laces a BOC(1,1) signal with an occasional BOC (6,1) signal to work around the limitations created by spectrum crowding and reduce the multipath errors created when signals bounce off reflective surfaces.

A patent was filed for by the British Secretary of Defence for the U.K.’s Defence Science and Technology Laboratory (DSTL) — the owner of Ploughshare Innovations. It was granted in the United Kingdom, and further patent applications have been submitted around the world including in the United States, the European Patent Office (application number 07012296.5), and the World Intellectual Property Organization (application number WO 2007/148081 A1).

The inventors listed on the USPTO patent application are Tony (A. R.) Pratt, a consultant to the UK government in the development of the Galileo satellite system as well as a member of the Inside GNSS Editorial Advisory Council, and John I. R. Owen, leader of navigation systems, Air Systems Department, and a senior fellow at DSTL.

Both men were members of the signal task force. That fact has raised some questions about the timing of the invention and patenting of MBOC and, by extension, the validity of the patent. U.S. officials are now reviewing the MBOC timeline.

“The ExCom [National Executive Committee for Space-Based Positioning, Navigation, and Timing (PNT)] is aware there is a patent issue,” PNT National Coordination Office director Tony Russo told Inside GNSS, “and is researching it.”

Some sources who spoke to Inside GNSS believe MBOC was developed and contributed to the task force by the United States. A letter submitted to the U.S. Patent and Trademark office February 7 notes that two MITRE Corporation patents on Time-Multiplexed Binary Offset Carrier Signaling andProcessing were “expressly abandoned . . .  to allow universal free access to the invention.”

Others suggest the technology had been handled in such a way as to take advantage of the insider status of the two British engineers, perhaps by modifying an existing patent to make it more closely match the new MBOC design.

The U.K. government has been made aware of the issue, Inside GNSS has learned, and a number of U.S. organizations are now working to figure out what happened and address the fallout. The United States may fight the patent, several sources said, or could try to handle the matter diplomatically.

Although the United Kingdom is a member of European Union, the EU itself — whose Galileo users could be just as affected as GPS— may not be in a position to do much about the issue. The EU member countries are the ‘bosses” and independent actors, one source explained, and the EU itself will likely have to handle the matter gingerly.

Sources made clear, however, that the patent claim could sharply cool U.S. willingness to continue to work with other nations. Several of those who spoke to Inside GNSS described the patent as violating the faith and trust at the heart of international cooperation.

The U.S. government may hesitate to contribute to meetings or sit down with its European partners, said one source, “if someone in the meeting is going to run out and patent whatever we talk about.”

Dee Ann Divis has covered GNSS and the aerospace industry since the early 1990s. She was the science and technology editor at United Press International for five years, leaving for a year to attend the Massachusetts Institute of Technology as a Knight Science Journalism Fellow. She is currently assistant managing editor – news at the Washington (D.C.) Examiner.