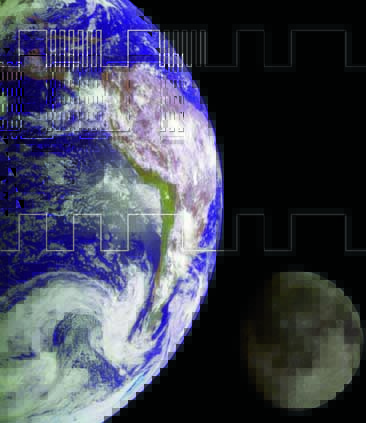 (Updated May 21) U.S. warfighters could be affected and European navigation users could end up paying more if the British are able to enforce a patent on technology at the heart of the new GPS and Galileo civil signals.

(Updated May 21) U.S. warfighters could be affected and European navigation users could end up paying more if the British are able to enforce a patent on technology at the heart of the new GPS and Galileo civil signals.

The British military establishment is seeking royalties on the structure of the new common civil signal developed jointly by the U.S. and the European Union (EU). The technology, crafted by a joint task force over a period of years, is meant to make the GPS and Galileo satellite navigation systems compatible and interoperable — to the benefit of both sets of users as well as GNSS equipment manufacturers.

The royalty discussions were initiated by the British firm Ploughshare Innovations, a wholly owned subsidiary of the research and development division of the U.K. Ministry of Defense. The firm is asking for remuneration regarding a U.K patent on “modulation signals for a satellite navigation system.”

Ploughshare has approached a number of firms in the United States, in one case asking for a percentage of revenue, sources have told Inside GNSS.

They have also sent out a broad letter to European receiver manufacturers asserting rights to the intellectual property, according a knowledgeable source in the European GNSS community.

“They never really said how much they would expect” said the European source, “but the implicit message was really clear.” This source, like nearly everyone else who discussed the matter with Inside GNSS, spoke on condition of anonymity because of the extremely sensitive nature of the patent issue.

Though it appears that Ploughshare has not sought compensation from the U.S. government, an Air Force official said they had approached the manufacturer of the GPS satellite. Lockheed Martin is the prime contractor for the GPS III satellites, which will broadcast the new signal. They declined to comment on the issue.

The patent has the potential to affect military users, said the Air Force official, because the Defense Department buys a variety of receivers to support its activities.

“The Department of Defense, through the United States Air Force, acquires and operates the GPS satellite constellation for military, civil, and civilian users” said the official in an e-mail response to a query on the subject. “The Department also acquires GPS receiver devices for non-combat purposes that make use of civil GPS signals. A patent on such signals and receivers — if deemed legitimate — could potentially impact the Department of Defense.”

"A Terrible Precedent"
The U.S government is now assessing the validity of the patent and working to determine a course of action, sources have told Inside GNSS.

On April 17 representatives of the U.S. Air Force, Office of the Secretary of Defense, the Departments of State, Transportation and Commerce and other federal agencies met with the National Space Based Position, Navigation and Timing (PNT) Coordination Office (NCO) to investigate this issue, said the Air Force official.

They reviewed “records and the sequence of activities relevant to the intellectual property issue between approximately 2002 to the present," said the official. The results of their analysis “will be used to develop actions for National Space-based PNT Executive Steering Group consideration.”

Nearly everyone who spoke to Inside GNSS on the issue have said that federal officials are deeply upset that a proprietary claim has been filed on a technology they believe was to be made available freely to all.

“It’s going to have a huge impact on our relations with Europe,” said one knowledgeable source. U.S policy is that all navigation signals should be free, another source explained, and the patent claim may chill relations between the United States and the EU, hamstringing future cooperation.

Especially with the Chinese Compass/BeiDou GNSS constellation system coming on line, the source said, “This sets a terrible precedent.”

Federal officials are so unhappy that, if things cannot be worked out, the United States might abandon the interoperable signal structure, sources said.

Ploughshare has declined to comment on this subject, referring all questions to its parent organization the Defence Science and Technology Laboratory (DSTL).

In a written response to questions, a DSTL spokesman said it would “be inappropriate for us to comment on the detail of these discussions at this time” because “the use of the patent in Galileo and GPS III is subject to ongoing discussions with the US State Department and the EU Commission.”

GPS/Galileo Interoperability at Risk
The signal design in question emerged from the work of the Galileo Signal Task Force of the European Commission and underlies both the Galileo Open Service and the new GPS civil signal (L1C) that will be transmitted beginning with the GPS Block III satellites scheduled for first launch in 2015. The task force teamed European and U.S. experts to develop a new signal enabling GPS and Galileo signals to be more easily used together.

The group was created as part of the Agreement on the Promotion, Provision and use of Galileo and GPS Satellite-based Navigation Systems and Related Applications — a landmark 2004 accord formalizing cooperation on satellite navigation between the United States and more than two dozen European countries, including the United Kingdom.

The frequency structure developed by the task force will be used by Galileo’s E1 signal as well as GPS’s L1C signal. . Called MBOC — short for multiplex binary offset carrier — the signal laces a BOC(1,1) signal with an occasional BOC (6,1) signal to work around the limitations created by spectrum crowding and reduce the multipath errors created when signals bounce off reflective surfaces. Although somewhat unclear at this time, it is the interoperable signal structure that appears to be at risk — not the presence of a new civil signal altogether.