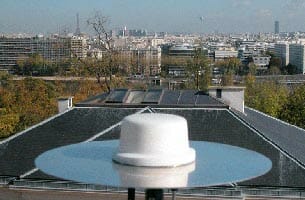 And then the fun began: the addition caused software handling Internet services such as LinkedIn, Pinterest, Mozilla, Reddit, StumbleUpon, Yelp, FourSquare and Gawker to behave unpredictably or even crash over the weekend.

And then the fun began: the addition caused software handling Internet services such as LinkedIn, Pinterest, Mozilla, Reddit, StumbleUpon, Yelp, FourSquare and Gawker to behave unpredictably or even crash over the weekend.

Although most GNSS receivers and systems depending on GNSS-based timing probably continued to operate normally with the addition, the discontinuation of leap seconds could potentially affect existing software designs of some equipment.

UTC is defined by the International Telecommunication Union (ITU-R) and is maintained by the International Bureau of Weights and Measures (BIPM) in cooperation with the International Earth reference and Rotation Service (IERS). Leap seconds help keep UTC closely aligned with universal time scales based on the rotation of the Earth. Because Earth dynamics fluctuates infinitesimally and somewhat unpredictably, leap seconds cannot be preprogrammed because they are typically announced only six months in advance by the IERS.

GLONASS, however, follows current UTC practice regarding insertion of leap seconds. Indeed, the most recent GLONASS Interface Control Document (ICD) released in 2008 has a separate appendix  providing recommendations to designers and users of GLONASS receivers for how they should operate during a UTC leap second correction.

The GPS navigation message broadcast by satellites includes the offset of GPS system time from UTC, as well as the necessary information to convert GPS time to UTC.

Currently, GPS time is 15 seconds ahead of UTC, an offset that will increased to 16 seconds as of midnight June 30/July 1. Receivers subtract this time difference from GPS system time to calculate UTC as well as local times.

For more than a decade, advocates of eliminating the leap second from UTC — in part because of the rise of GNSS systems — have pressed their case before the ITU-R and elsewhere.

In June 2009, the Assistant Secretary of Defense (ASD) signed a memorandum stating that the U.S. Department of Defense supports a change in policy that would lead to the discontinuation of the insertion of occasional leap seconds as of January 1, 2019.

2000, ITU-R Working Party (WP)7A established a formal “question” on “The Future of the UTC Timescale,” addressing the future definition and use of UTC. The current focus of the discussion is a proposed Recommendation ITU-R TF.460-6 on standard-frequency and time-signal emissions.

During the meeting, the U.S. delegation supported an amendment to ITU-R TF.460-6 that would discontinue use of the leap second in UTC.
“The increasing use of, and reliance on, satellite-based navigation and positional reference favors the suppression of leap seconds,” U.S. representatives said in a prepared statement.  “Systems for space activities, global navigation satellite systems, telecommunications, network synchronization, and electric power distribution desire a continuous, uninterrupted time reference.  UTC without leap seconds can provide this.

“By suppressing the use of leap seconds in UTC, the repeated effort and cost required of users to successfully accommodate the introduction of each new leap second into UTC would be eliminated.  The safety and reliability of systems dependent on UTC would be improved.”

The official U.S. policy initiative is based in part on the following considerations:

·      The use of leap seconds in UTC introduces discontinuities or disruptions into what would be an otherwise uninterrupted, continuous time stream.  Organizations involved with space activities, global navigation satellite systems, telecommunications, network synchronization and electric power distribution have all requested a continuous time scale.

·      The use of leap seconds in UTC adds complexity to systems dependent on precise time keeping.  They require additional software, protocols, and coordination to ensure that no disharmony is introduced to these systems.

·      Leap seconds are not inserted regularly into UTC.  Each leap second requires human intervention at some level.

·      The use of leap seconds introduces the possibility of technical problems each time they are inserted into UTC.  This can impact the safety and reliability of systems dependent on precision time keeping.

·      A variety of continuous “pseudo-time scales” have proliferated to provide a solution to the problems associated with discontinuities in UTC.  The existence of these multiple time scales creates potential problems in operational use and may complicate unnecessarily not only their inter-operability but also their reliability.