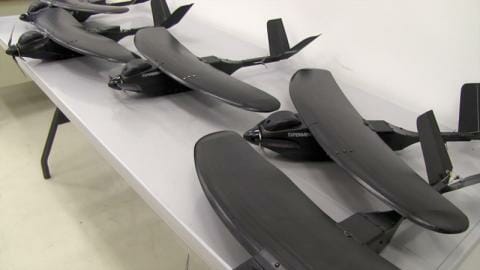 Newly enforced limits on using military airspace to test unmanned aircraft systems (UAS) are rattling test range managers across the country and appear to have caused at least one operation to drop its plans for an independent test site for unmanned vehicles.

Newly enforced limits on using military airspace to test unmanned aircraft systems (UAS) are rattling test range managers across the country and appear to have caused at least one operation to drop its plans for an independent test site for unmanned vehicles.

Wyoming and 23 other states had teams apply to become one of six Federal Aviation Administration (FAA) test ranges as part of the agency’s UAS in the National Airspace System (NAS) initiative. The ranges are to gather data for the agency from test flights done in their airspace, which will be used by the FAA to set the rules for safe integration of unmanned vehicles into the national airspace.

Although the Wyoming proposal was not chosen, the state’s test range team — like most of those group’s whose proposals were not selected — planned to operate a test range anyway. The facility was to be anchored by the Joint Training and Experimentation Center (JTEC) in Guernsey, Wyoming, a site that offered 65 square miles of restricted airspace at Camp Guernsey, a military base used for training by the Army, Air Force, and National Guard.

Earlier JTEC, which is a part of Applied Research Associates, Inc. (ARA), had been conducting unmanned systems research, including test flights of unmanned aerial vehicles (UAVs) since 2006, and said that it planned to continue UAS activities, said JTEC Director of Operations Terri Wirth Koepenick, in an earlier email.

According to ARA, the JTEC is located in a sparsely populated area, includes 79,000 acres of training and test facilities, and offers 65 square miles of restricted airspace up to 30,000 feet.

ARA partnered with the Wyoming Military Department and gained support from the Wyoming Business Council to pursue the UAS in the NAS test site opportunity. Last fall, the FAA granted ARA’s Nighthawk IV micro UAV an airworthiness certificate for R&D operations in the NAS.

“We feel that we’ve got an important part to play in moving forward,” Wirth Koepenick told Inside GNSS. “We haven’t quit. We are looking forward to staying in the game and moving forward with the opportunities that are out there.”

It became clear in March, however, that the military or special use airspace (SUA) over Camp Guernsey would not be available. Last year, the FAA asked the Department of Defense (DoD) for clarification of its policy on allowing commercial and other nonmilitary users to fly in restricted airspace.

In a November 26 letter to FAA Administrator Michael Huerta, Assistant Secretary of Defense Katrina McFarland wrote that, “in accordance with DoD Directive 5030.19, DoD Responsibilities on Federal Aviation, it is DoD policy to schedule regulatory and non-regulatory SUA [Special Use Airspace] for its intended military purposes.”

Taking Wyoming SUA Off the UAS Map
Less than two weeks after describing their optimistic plans, Wirth Koepenick told Inside GNSS JTEC was closing due to the airspace limits.

“It looks like ARA will be disbanding JTEC,” Wirth Koepenick wrote in an email. “With the recent memos about no use of restricted airspace for commercial ventures, we have no business case to stay open.”

Inside GNSS has confirmed that ARA plans to close the facility.

At least 12 of the teams that applied to operate FAA test sites, including a majority of the six selected, had included military airspace in their proposals, news reports and interviews with the test range applicants show. Edward Chupein, chief of the Air Force Range and Airspace Division told Inside GNSS in an earlier interview that any SUA plans were not counted during the range site selection process.

The FAA said, in response to a request for comment, that “the main goal established for the UAS Test Sites is aiding the FAA in integrating UAS into the National Airspace System. This entails test operations in both controlled and uncontrolled airspace. The key is integration, not segregation.”

“It is established and designated in the interest of National Defense, security and/or welfare,” the agency said in its statement. “SUA fulfills armed forces training, testing and evaluation requirements for peacetime, contingency and wartime operations. Activities in these areas are confined, due to the nature of the flights. The airspace has been through public comment and environmental review for the purpose specified in the application. The using agency (i.e. DoD, DoE, etc) is responsible for ensuring the airspace is used only for its designated purpose. Agreements or arrangements made by the using agencies for operations within their SUA are not managed by the FAA. Questions should be directed to the using agency of the specific SUA.”

Chupein told Inside GNSS that the situation appears cut and dried.

As for the UAS test site effort, the FAA said that it manages the airspace for operations. “Since the goal is integration into the NAS, new test site COA applications for operations in SUAs would not be approved.”

And Elsewhere?
Would-be test site operators who had plans to offer services to companies using SUA are concerned about the shift. In California, which had two test range applicants, Bill Barutto, president and CEO of the Ventura County Economic Development Association, suggested that SUA restrictions could undermine safety.

If test site operators are serious about figuring out how to effectively and safely use unmanned systems in the national airspace, Barutto told Inside GNSS, “then at some point we’re going to have to come to some resolution as to where we can most appropriately do the testing and evaluation to make sure the systems are safe before we make the rules and regulations about how to get them into the national airspace.”

He added, “And so the FAA is either going to have to beef up its COA (certificate of authorization) process and allow for COAs to be developed so they can do testing and evaluation within COA airspace or they’re going to have to ease up and allow greater accessibility into the military test ranges.”

The Senate’s UAS Integration Working Group, which was launched by Senators Mark Warner, D-Virginia, and John Hoeven, R-North Dakota, in March to support the six test ranges, could take up the issue, said a Senate staffer. Both senators’ states have military airspace that potentially could be used for test flights if the rules were eased.

“I think it will definitely come up,” said Josh Carter, military legislative assistant for Sen. Hoeven. “The idea behind the working group really was to have an opportunity to figure out where there are issues that need to be ironed out as the test sites stand up and as FAA kind of figures out how this program is going to work. So, I’m sure it will be a topic of conversation.”

As for Wyoming, the limits on using military airspace are a setback, but not the end, said Tom Johnson, southeast regional director for the Wyoming Business Council.

“We are continuing to move forward with trying to facilitate this industry’s growth,” Johnson said in an email. “Moreover, we are going to continue to explore ways to utilize Wyoming’s assets to help these kinds of companies grow and prosper here.”