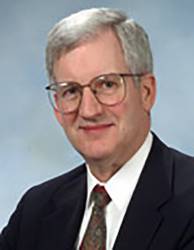 The battle lines over restructuring the management of military space were drawn sharply Sept. 18 when the Senate passed its version of the National Defense Authorization Act for Fiscal Year 2018.

The battle lines over restructuring the management of military space were drawn sharply Sept. 18 when the Senate passed its version of the National Defense Authorization Act for Fiscal Year 2018.

In the House version of the bill, which was sent to the Senate in July, lawmakers ordered the Air Force to create the Space Corps, a new organization that would report directly to the Secretary of Defense. The head of the Corps would be an equal of the Air Force chief of staff and would serve on the Joint Chiefs of Staff.  Space Command would become a subordinate unified command under U.S. Strategic Command.

The Air Force is not enamored of the proposed changes and neither are Senate lawmakers. They amended the bill during floor debate to prohibit spending money on organizing a Space Corps. They also approved language that would instead create a new Chief Information Warfare Officer who would have responsibility for a host of areas including GPS, cybersecurity and spectrum.

Lawmakers want some sort of change so programs better hit their schedule and budgeting targets. They are trying to elevate military space programs so they have a better position in the budget process and would like to simplify a fragmented management system that comprises dozens of stakeholders across a myriad of organizations.

The Government Accountability Office (GAO), which has identified more than 50 military space decision makers, has repeatedly pointed to the GPS program as an enterprise that would benefit from an overall update of military space management. But would it?

Experts’ View
Martin Faga, former director of the National Renaissance Office and a former assistant secretary of the Air Force for space, believes there is "real hope" for improvement if the number of players can be pared back

As a key member of the National Space-Based Positioning, Navigation, and Timing (PNT) Advisory Board, Faga has particular insight into how the different proposals might impact the GPS program. He told Inside GNSS he’s generally cautious about new organizations adding that, ultimately if the number of decision makers doesn’t change "things aren’t really going to get better."

Based on his experience working on Capitol Hill before going to NRO, Faga suggested a more organic approach to devising a new management structure.

"What you want to do is tell the administration, as broadly as you can, what you expect — (then) let them come up with a solution. Because they know the bureaucratics, they know all of the interactions that occur and have to occur. Let them work it out and keep pounding the table for: ‘Where’s your answer?’ and ‘Where’s a good answer.’ " Put it on the administration, he said, to come back with a solution that the lawmakers can improve.

Improving the current situation is essential, said Doug Loverro, who most recently served as deputy assistant secretary of defense for space policy.

As a former director of both the GPS Joint Program Office and the Space and Missile Systems Center, Loverro understands how changes might impact modernization.  You don’t want to centralize authority within the Department of Defense (DoD) for things like user equipment, he said, you want to centralize oversight.

"Right now there’s nobody focused on the question who actually understands the development timelines of the user equipment. So you need a knowledgeable source, a knowledgeable set of individuals, who can understand those and can make recommendations to each of the departments and to the secretary (of defense)."

The people now looking at these issues are at "much too high a level," Loverro said, and don’t know the programs. As a result they don’t understand integration issues like how long it takes to integrate (M-code receivers) into a B-2 bomber versus a Humvee.

"You want somebody at the higher level who can understand that and say: ‘Oh the Army. Yes sir. The Army is three years behind but that’s because they don’t have depot maintenance scheduled for these platforms…So you want a person who has sufficient knowledge of program, the capabilities and the platforms — (someone) who can go ahead and make recommendations to say: Let’s adjust this."

That effort, he added, needs to be sustained across time and personnel changes.

"You need a consistent office that can do that on a year-by-year basis," said Loverro, "looking at these things and understanding these things across the department."

Maj. Gen, Jim Armor (Ret), who was system program director for the GPS Joint Program Office before later serving as the director of the National Security Space Office, agrees that the key is more at the hands-on level.

In his personal opinion, he said, simplifying top lines of authority could help but the improvements would be largely at the margins. The users need to come together, he said and the GPS program needs to simply work through its challenges.

"We’ve got to get through the development of OCX. We’ve got to just continue to do the engineering support — and they don’t do any of that in the Pentagon."