The United States Federal Aviation Administration’s (FAA) Wide Area Augmentation System (WAAS) uses Hexagon | NovAtel technologies, including reference receivers and signal generators, to provide the accuracy and integrity necessary to safely operate civil aircraft. Here’s a look at the updated technologies and how they enable GPS as a safety of life service for aviation.

GPS alone is not enough to safely navigate civil aircraft. It simply doesn’t provide sufficient accuracy or the integrity necessary for all aviation operations, which is why the FAA developed the Wide Area Augmentation System (WAAS) back in the mid-1990s.

As a safety-of-life augmentation of GPS, WAAS improves position accuracy and integrity for aviation, said Brian Jackson, the FAA’s systems engineer lead for satellite navigation, space-based augmentation systems (SBAS). The service offers an extra layer of safety that allows aircraft to make use of GPS, providing warnings when errors are detected in the GPS or WAAS network.

Thousands of airport runways in North America rely on WAAS because it provides Instrument Landing System (ILS) level of service performance without the need to install additional radio equipment at the runways. Jackson described the system as an “integral component” of the FAA’s National Airspace System (NAS).

“WAAS augments GPS by improving accuracy, integrity and availability,” said Neil Paskiw, chief engineer, aerospace at Hexagon | NovAtel. “WAAS was developed so aircraft could use GPS during all phases of flight including precision approaches. WAAS provides vertical navigation information during approach, similar to existing instrumentation and systems, but at a much lower cost.”

NovAtel has delivered key technology into WAAS from the beginning, providing three generations of reference receivers. The most recent WAAS G-III Ground Reference Receiver and two generations of GUS Signal Generators were placed into operational service in 2015, with fielding at all sites completed in 2016.

“The new Signal Generators carry forward the same functionality as the current unit’s, but with expanded capability to allow for a wider range of frequency offsets and output power levels,” Jackson said. “The GUS Signal Generator is separate from the G-III receiver. Ultimately, the G-III receives the WAAS waveform generated after transmission from the GEO (geostationary) satellite.”

Once received, the WMS processes the GPS signals and formulates correction messages. These messages are sent to uplink stations and then transmitted to navigation payloads on GEO communications satellites. The navigation payloads broadcast the messages via a GPS-like signal across the NAS.

The WMS generates a message every second, enabling the receivers to remove errors in the GPS signal for improved location accuracy and integrity. Users are notified within six seconds of any information that could lead to an error in the position estimate. “The WAAS message,” Jackson said, “improves the accuracy, availability and integrity of GPS-derived position information.” 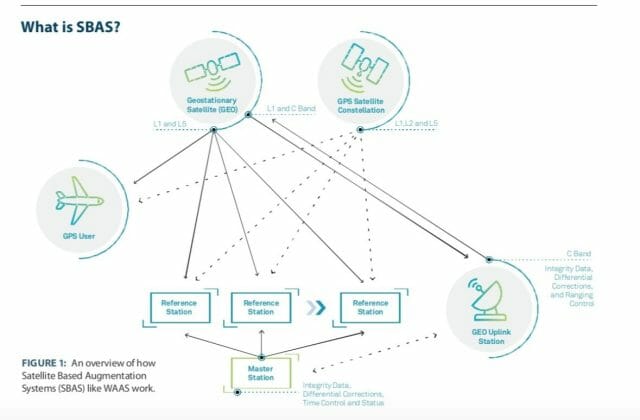 A Closer Look at the GUS Signal Generators

NovAtel’s SIGGEN was developed in 2003. SIGGEN has performed well over the years and has proven to be very reliable. The newly developed units will offer the same reliability and benefits along with new capabilities to support WAAS long term objectives, Paskiw said.

Why is the SIGGEN so critical? SIGGEN must handle all messages created by a site’s Master Station and accurately transform each message into a signal that is suitable for up-link to a Geostationary satellite, Paskiw said.

“SIGGEN processes correction messages from the ground master station so it can be up-linked back into space and re-broadcast alongside the GPS signals. Being satellite based and using signals similar to GPS, WAAS is able to efficiently distribute corrections to end users without the need for extensive ground infrastructure or specialized equipment at the receiving end,” Paskiw said. 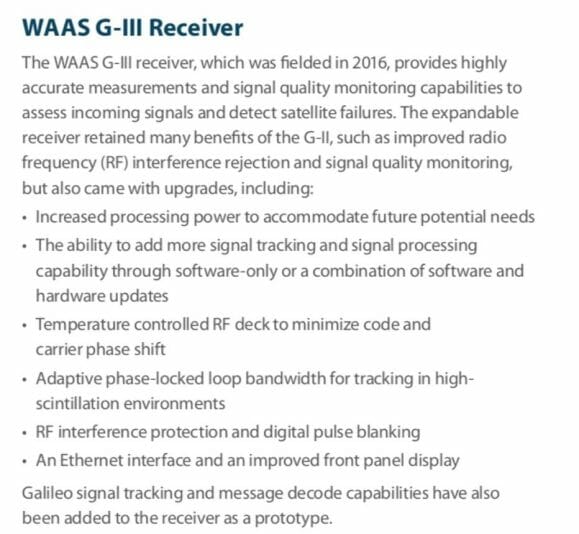 The Evolution of Receivers

“NovAtel has been uniquely positioned to provide leading edge technology into our Ground Reference Receivers by leveraging ASICs developed for our commercial products, which typically have quicker development cycles than an aviation product like the WAAS G-III,” Paskiw said. “Our newer generation ASICs have specialized signal processing circuitry for the signal quality monitoring features that are critical to WAAS.”

The first WAAS receiver, developed in the 1990s, was actually three independent receivers within the same chassis, Jackson said, with the key differentiators being L1 Course/Acquisition (C/A) multipath mitigation provided by the Multipath-Estimating-Delay-Lock-Loop and P-Code delayed correlation technology for semi-codeless L2 tracking.

The G-II receiver had the same core L1 C/A and semi-codeless L2 tracking as the original, but added other features such as L1 C/A correlator outputs for signal quality monitoring, improved RF interference rejection, and an expandable architecture so the receiver could be upgraded for GPS L2 C/A and L5 signal processing. The fielding for the second-generation receiver began in 2005 and was an integral part of WAAS through 2016. That’s when the most current version, the G-III, came on-scene.

What exactly does the G-III offer? The channel capacity to track 18 GPS satellites, their associated L1 C/A, L1C, L2C, L2P(Y) and L5 signals, and eight GEO satellites producing L1 C/A and L5 signals. It provides highly accurate range measurements and signal quality monitoring capabilities to assess the incoming signal and to detect satellite failures. The receiver is also designed to be expandable, meaning additional signal tracking and processing capability can be added through software alone or a combination of software and hardware.

NovAtel is currently in the process of qualifying new software that will enable Galileo E1/E5a signal tracking, all with no change to the G-III hardware, Paskiw said. Other potential changes that require support of signals from different parts of the spectrum can be accommodated as well with limited hardware changes. The ASIC’s extensive GNSS signal tracking capabilities and the WAAS G-III’s modular architecture make this possible.

“The WAAS G-III was designed from the beginning to be expandable to support a very long service life,” Paskiw said. “The WAAS G-III can be expanded to track new signals, even those the hardware does not support through the use of additional RF modules.” 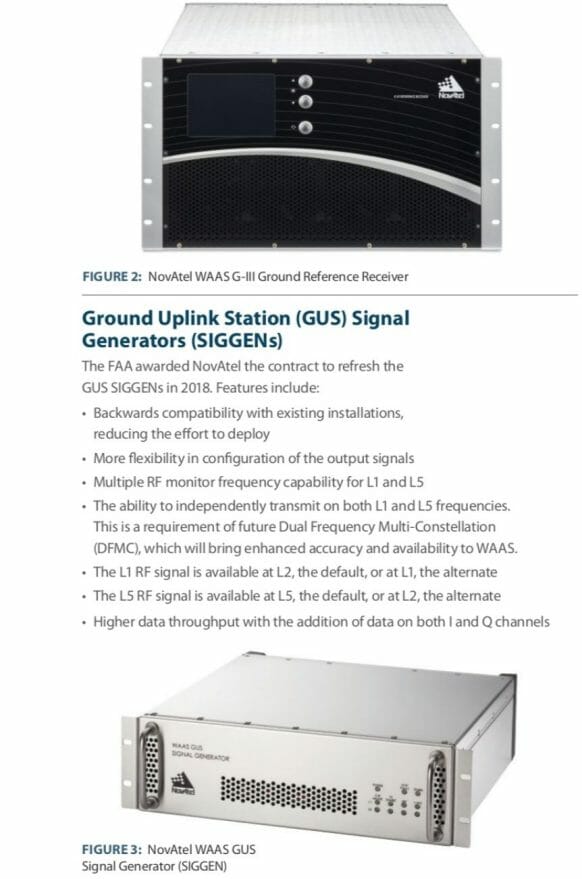 As the first SBAS, and through continued investment by the FAA, WAAS continues to lead the way in terms of technology modernization and capability development.

“We have a longstanding relationship with the FAA, collaborating on a number of projects since the 1990s,” Paskiw said. “Products we’ve developed for the FAA have become the defacto standard.”

Nearly 200,000 WAAS-enabled aviation receivers have been sold within the United States, Jackson said, filling the accuracy and integrity gaps left by GPS.