UAS Center of Excellence solicitation to be released in May - Inside GNSS - Global Navigation Satellite Systems Engineering, Policy, and Design 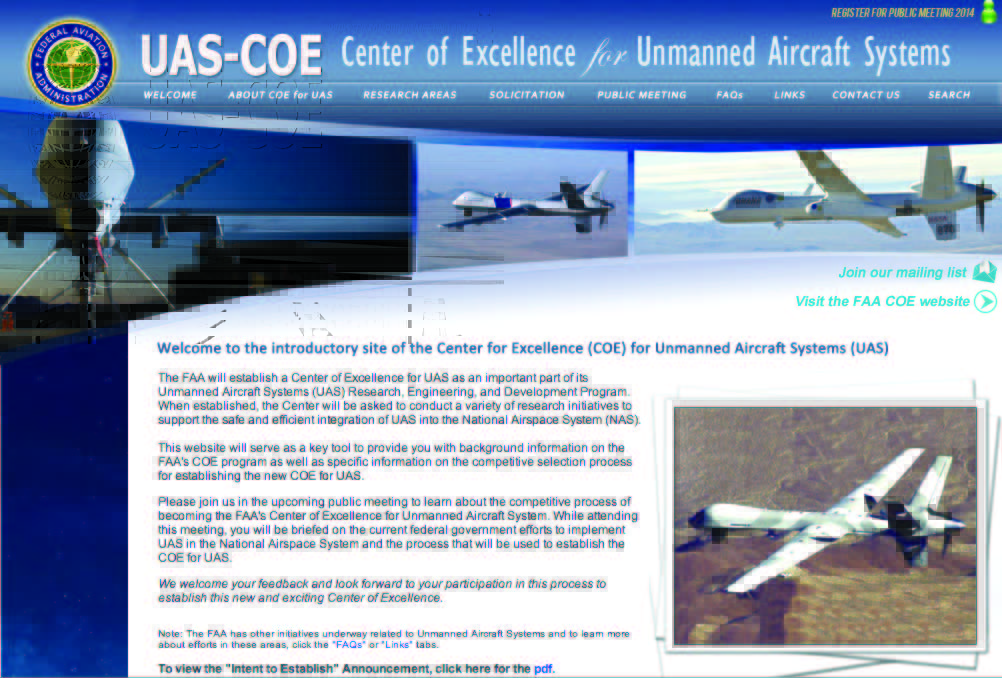 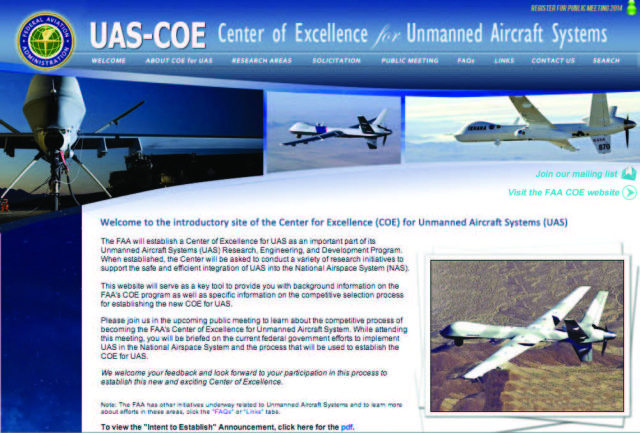 The new Center of Excellence will do research to support the Federal Aviation Administration as it works to integrate unmanned aircraft into the national airspace.

Officials will release a draft solicitation for the Federal Aviation Administration’s (FAA’s) new Center of Excellence for Unmanned Aircraft Systems (UAS) and field questions at a late-May meeting in Washington.

Officials will release a draft solicitation for the Federal Aviation Administration’s (FAA’s) new Center of Excellence for Unmanned Aircraft Systems (UAS) and field questions at a late-May meeting in Washington.

The Center is being launched to support the FAA’s mission to ensure safety during the integration of unmanned aircraft into the national airspace system. Members of the winning consortium will be required to perform research to help fill the gaps in the agency’s integration roadmap including, at a minimum, work involving air traffic control interoperability, airport ground operations, command and control, detect and avoid, human factors, system performance, privacy practices for UAS operations, system engineering and training and certification for the crew members and pilots of unmanned aircraft.

Officials plan to select a “geographically disbursed consortium” of universities and private and public-sector affiliates based in part on the applicant’s existing transportation program and research resources. They will also weigh the projects the applicants propose and their ability to provide leadership and disseminate research results. The FAA will provide matching grants to help the winning team conduct certain projects and may also contract with the center’s members for direct support. The center will enable research institutions other than those selected as FAA test ranges last year to “contribute to the FAA’s UAS research and development efforts,” the agency told Inside Unmanned Systems. The agency said, however, it “is not precluding the Test Sites from competing on this effort.”

Officials plan to announce their choice by the end of next year.

The meeting will be held May 28-29 and will be open to the public on a first-come basis until all slots are filled. Those wanting to attend, however, must submit an online application for registration by May 22. A link to the form can be found in the upper right corner of the Web page.