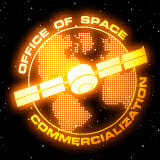 The legislation will update the Office’s functions to implement U.S. national space policies supporting space commerce. It also will recognize the office’s expanding role in promoting geospatial technologies such as space-based commercial remote sensing imagery and GPS applications that have become commonplace on the Internet and mobile devices.

The legislation codifies the OSC’s responsibilities under the U.S. Space-Based Positioning, Navigation, and Timing (PNT) Policy to include its stewardship of the National Space-Based PNT Executive Committee and its Coordination Office. These organizations were established by President Bush to manage GPS-related policy issues at a national level, recognizing the importance of GPS as a critical element of the global information infrastructure, affecting civilian, commercial, and national security interests.

"One of the new additions is an acknowledgment that we are responsible for hosting the National Executive Committee meetings and the National Coordination Office," says Jason Kim, an OSC senior policy analyst and senior advisor to the PNT National Coordination Office. "If passed, the bill would give us the internal justification to continue budgeting for these activities indefinitely within DOC after the current political commitments expire. This will be helpful to maintaining the long-term continuity of the EXCOM and NCO."

Kim notes that the bill also extends the office’s official functions to include promotion of geospatial technologies related to space commerce. This would encompass GPS, commercial remote sensing, and GIS products that integrate GPS and remote sensing.

The OSC released a strategic plan in early 2007 that outlines its vision, mission, functions, objectives and outcomes, and plan of action based on inputs from stakeholders in the space commerce community.

“From wireless communications to automotive navigation systems, people’s daily lives are increasingly dependent on the commercial space industry,” said retired Navy VADM Conrad C. Lautenbacher, Ph.D., under secretary of commerce for oceans and atmosphere and NOAA administrator. “We want to ensure the environment is right for continued growth in this important industry, and a robust Office of Space Commercialization gives us that ability.”

The legislation sets out the following responsibilities for the OSC:

(1) Foster the conditions for the economic growth and technological advancement of the United States’ space commerce industry.

(2) Coordinate space commerce policy issues and actions within the Department of Commerce;

(3) Represent the Department of Commerce in the development of United States policies and in negotiations with foreign countries to promote United States’ space commerce.

Kim said that the proposal was well-received at briefings of staff members from the House and Senate science committees. He expects that the bill will be formally introduced early in 2008.