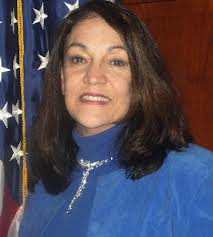 With the urgent interference and patent controversies of the last two years largely resolved, the office tasked with helping sync the government’s GPS activities will take advantage of a lull in the action to plan a more strategic way forward — though that path does not currently appear to include talking to Congress about GPS civil funding.

With the urgent interference and patent controversies of the last two years largely resolved, the office tasked with helping sync the government’s GPS activities will take advantage of a lull in the action to plan a more strategic way forward — though that path does not currently appear to include talking to Congress about GPS civil funding.

In a wide-ranging interview with Inside GNSS, Dr. Jan Brecht-Clark, the new director of the National Coordination Office for Space-Based Positioning, Navigation, and Timing (NCO PNT) said her office will sharpen its focus on four key areas: modernization, spectrum, risks including system vulnerabilities and mitigation, and the issues surrounding GNSS globally, including keeping the world’s GNSS signals as free, open, and interoperable as possible.

Brecht-Clark comes to the NCO from an assignment in Kabul, Afghanistan, where she served as Counselor for Transportation with the U.S. Embassy. She managed a team of U.S. Department of Transportation (DoT) personnel working to assist the government of Afghanistan in developing their capacity to govern the nation’s transportation infrastructure. Her team assisted the in the design and approval of both a civil Afghan aviation authority and a railroad authority.

She was asked to consider the assignment after working at the White House and in Homeland Security, in part because of the experience she gained during 9/11 when she was the DoT’s director of aviation security policy and planning. She also served as the Transportation Security Agency’s deputy director for international compliance and as a senior official at DoT’s Research and Innovative Technology Administration (RITA) where her work involved various transportation nodes including highways, aviation, pipelines, and rail.

Brecht-Clark said that, in her new role, she expects to continue to work closely with the Department of State on international issues. On January 17 her office announced that the United Kingdom had agreed to relinquish any patent claims to the new U.S. signal structure on L2 and to not pursue any future intellectual property claims.

“The UK has been aggressively pursuing the withdrawal of the patents on the TMBOC signal that that we developed,” she said, “acknowledging that it is U.S. intellectual property.”

With regard to the ongoing discussions between the UK government and the European Union on the EU version of the signal structure for their E5 signal called CBOC, she said, “We can encourage the EU to take a similar stance. . . . But “I would hope that if there is a free and accessible signal from our system, and . . . the Russian system and potentially the Chinese system, then the Galileo system would follow. There’s not a lot of motivation for manufacturers to pursue something they would have to pay for. But that is going to have to be a decision on the part of the EU. We can encourage, but we can’t force them.”

Budgetary Breathing Room
The NCO is in an enviable position on another matter, however — money. While other agencies have had to curtail travel and could be facing furloughs, the NCO is largely operating normally, said Brecht-Clark.

“Right now, we don’t see any significant impact [from the pending sequestration]. Part of the reason is that we are funded from DoD and DoT, and we get the money after they get their budget,” she explained. “There is a lag in the money that we receive. So, we are operating right now off of money that came from last year’s budget allocations to those two departments.”

That lag in funding will allow the NCO time to prepare for the effects of sequestration if they occur, and after seeing what cuts are made to DoD and DoT. “So, we don’t have an adjustment period that’s immediate,” she said. “We’ve got funding that will take us through most of this fiscal year right now.”

The financial situation means her office will not have to guess about how to deal with cuts, said Brecht-Clark. “We’ve got a bit of a cushion, and then time to do planning and budgeting based on a known budget rather than an anticipated budget.

Restrained Advocacy
The NCO, however, will confine its budget discussions to the PNT Executive Committee’s own member agencies and departments, said Brecht-Clark, and she has no plans to have the office become an advocate for civil funding before Congress.

Civil funding for GPS has been cut repeatedly by Congress, and part of the reason has been that the program lacks a reliable advocate before Congress. The civil monies are a relatively small item in the grand sweep of the Department of Transportation’s funding needs, experts told Inside GNSS last year. So, the agency focuses its political capital on protecting larger DoT programs. Consequently, at the end of the last fiscal year the suggestion arose that the NCO could take on that role — an idea that had garnered at least some interagency support.

“If tasked by the ExCom to be a source of information (on civil funding) we would do that,” she said. “But I don’t see that as a responsibility area or a specific topic pursuit that we’ve been given to do. That’s really got to come out of the departments themselves.”

Whatever the funding picture, the pressure is on to use GPS to ease crowding and improve safety in the National Air Space. The NCO can provide coordination and information as dependence on GPS increases — even though the Department of Transportation and Department of Defense have excellent direct technical and coordinating links.

“I think the detail coordination is knowing exactly when signal availability will be in place so that they have enough time to schedule appropriate testing and equipment access, at least from the FAA’s standpoint,” said Brecht-Clark, “so they don’t acquired (things) too early or if there is a delay that they are positioned. If things are proceeding foward apace — that they are positioned to take advantage of it and get the testing done that they need to as soon as possible.”