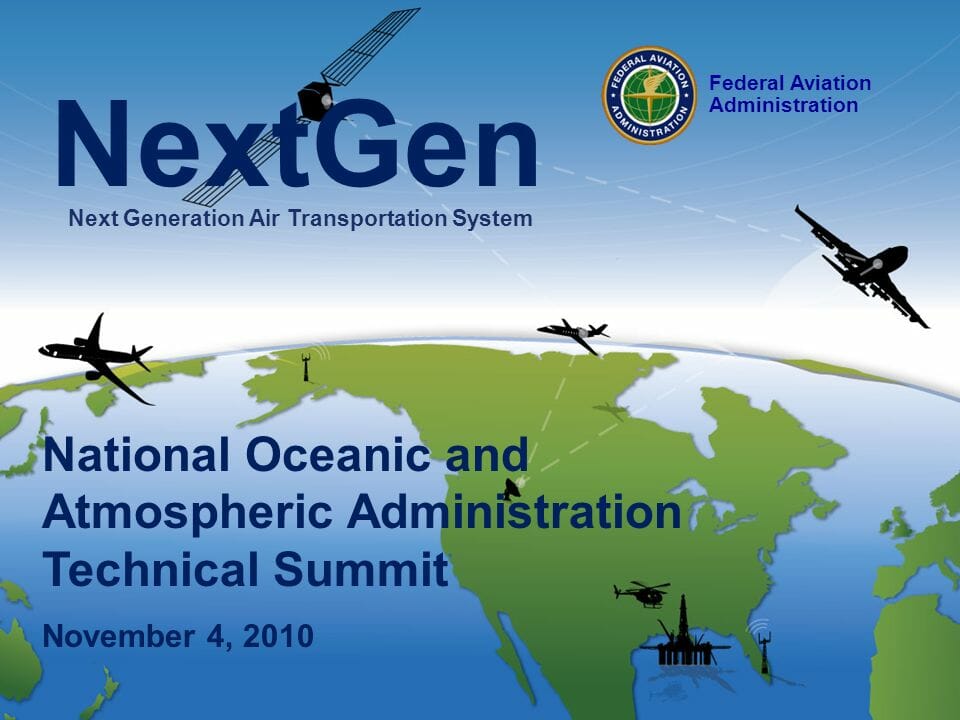 Like many massive infrastructure projects, the NextGen program has suffered numerous setbacks, many self-inflicted. An August 2016 report from the Office of the Inspector General (OIG) of FAA’s parent, the Department of Transportation, noted, “FAA’s plans have proven to be unrealistic, lacking stable investment priorities and requirements for NextGen systems.”

With more than $7 billion in modernization funds already expended, the FAA is currently projecting costs of $14.8 billion from Fiscal Year (FY) 2015 to 2030, according to the OIG report. Despite the characterization of NextGen as being wildly over budget, however, total cost estimates for the program “have evolved, but not increased markedly since FY 2004,” the OIG says. The president’s proposed FY18 budget requests $988 million for continued NextGen development, down from $1.055 billion in FY17.

As other infrastructure modernization efforts involving GNSS have shown, getting the technology right is the easy part. The Global Positioning System has a 22-year operational history to bolster expectations about its performance, which has continued to improve steadily. The arrival of other GNSS systems has only strengthened this technological resource.

Instead, the sticking points arise from such issues as enterprise architecture, systems integration with other technologies such as data communications and weather forecasting, interagency cooperation, human factors, cybersecurity, operational procedures, and regulatory updates to accommodate modernization.

Like America’s healthcare insurance system, modernization of the National Air Space is more complicated than casual observers might think.

NextGen needs to happen, first, because it will pay off in improved aviation operations, greater capacity, and better use of the crowded National Air Space (NAS). FAA modernization has already provided $2.7 billion in savings from such things as less usage of fuel and is expected to provide another $160 billion in benefits through NextGen’s targeted 2025 completion date.

Efforts so far have barely scratched the surface of what GNSS and other NextGen technologies can provide.

However, the need to get NextGen back on track has gained heightened urgency with the renewed push to privatize U.S. air traffic control (ATC). On June 27, the House Transportation and Infrastructure Committee approved a measure that would turn the nation’s taxpayer-funded ATC infrastructure and operations (carried out by 30,000 public employees) over to a nonprofit organization controlled by aviation industry representatives.

NAS modernization is a perhaps uniquely complicated undertaking with many elements subject to inevitable changes as technologies and operational environments (including the political and economic context) evolve. NextGen is a moving target being shot at from a moving platform.

Attempting to privatize air traffic control at this point in the process would throw a very large monkey wrench into some very delicate works in progress. As Senate Appropriations Committee Chairman Thad Cochran (R-Miss.) and committee Vice Chairman Sen. Patrick Leahy (D-Vt.) said in a February 28 letter to Senate Commerce, Science and Transportation Committee Chairman Sen. John Thune, “If air traffic control were separated during this critical period of technological advancement, the progress already being made to synchronize investment from government and industry related to safety, equipage, training, operational changes, and overall integration would be lost.”

And the FAA, not some newly convened group dominated by stakeholders with their own interests in mind, should continue to lead this project. As a special National Research Council committee concluded in a congressionally mandated analysis of NextGen in 2015, “Replacing or upgrading systems while continuously and safely operating the whole system is an intricate undertaking, a process that the FAA seems to have mastered.”