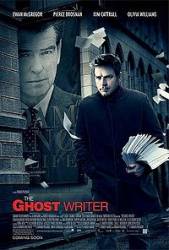 Always good to see GNSS play a big part in the storyline of popular fiction, even when it exhibits qualities unmatched by performance in the real world.

Just because it’s popular fiction doesn’t mean it has to be science fiction.

Always good to see GNSS play a big part in the storyline of popular fiction, even when it exhibits qualities unmatched by performance in the real world.

Just because it’s popular fiction doesn’t mean it has to be science fiction.

For example, the robot in the French hotel logging data with an on-board GPS unit as it vacuums the floor in William Gibson’s novel, Spook Country. But Gibson gets bonus points for mentioning that selective availability had been turned off. Subtract a few for snarky comments about Jim Morrison and The Doors. Add them back, and more, for his introducing locative art, which I’ve written about before including a virtual-reality (VR) portrayal of famous death scenes called up as a suitably equipped viewer approaches the actual site.

The latest example I’ve come across, however, is thoroughly credible and plays a key role in advancing the plot of Roman Polanski’s new movie, The Ghost Writer. Starring Ewan McGregor as the man behind the keyboard for the memoirs of a Tony Blair–like former British prime minister (Pierce Brosnan), the film is based on a Robert Harris novel more succinctly titled The Ghost (probably renamed to avoid confusion with the 1990’s tearjerker movie Ghost, with Patrick Swayze and Demi Moore).

In one scene, our hero gets into the car of his mysteriously deceased predecessor and is taken on a ride to a previously logged destination by a GPS navigation system that he can’t figure out how to turn off. There he discovers a key clue to the mystery surrounding the ex-PM. The name that pops up on the very cool VR screen showing the 3D topography ahead of the vehicle is “BMW Connected Drive” — Hollywood’s take on an actual BMW system recently rolled out and spelled ConnectedDrive.

However, as Internet travel blogger Jerry Garret writes in a February 20 post, “BMW ConnectedDrive doesn’t really work as it is depicted in the movie. ConnectedDrive (available only in Europe, as the movie was released) is a concept that ties in an OnStar-type cellular connection, internet services, GPS tracking and TeleServices. The navigation system, a separate component, will indeed save previous destinations. But a driver would have to go several layers deep into on-screen menus to retrieve it. It wouldn’t just pop up, like the car had a mind of its own.”

The Ghost Writer’s system can be seen in the lower right-hand corner of the screen at the beginning of a film clip viewable online at the Internet Movie Database site.

Among the other incidental examples of artistic license (and product placement), the movie uses a BMW X5 SUV in place of the more workaday Ford Escape SUV written into the novel. The latter system is not identified by proprietary name in Harris’ novel, only generically as a system with a woman’s voice speaking in an American accent.

Which brings me to my final comment. Each chapter in Harris’s novel is introduced by an excerpt from an actual book titled Ghostwriting, written by Andrew Crofts. The chapter with the crucial car navigation scene begins with the note, “The book is not a platform for the ghost to air their own views on anything at all.”