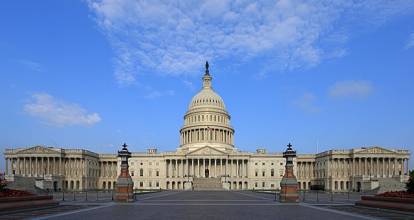 Congress is in the midst of a confusing multi-budget-year scramble to fund the government for fiscal year 2018 – which is now nearly half over – while taking into account additional monies made available in a budget deal signed February 9 and keeping an eye on the deficit ballooning from that deal and under the FY19 White House budget submitted February 12.

If it all sounds confusing, distant and esoteric, the ramifications of failure are not. If lawmakers can’t reach agreement on FY18 appropriations – and those incensed about immigration and deficits could make that quite difficult – then the government could shut down again.

To avoid that, lawmakers could pass another stopgap funding bill called a continuing resolution. The current one expires March 22.

Why is this important? Every potential shutdown triggers time-consuming contingency planning and then, if the shutdown happens and lasts for any real length of time, it triggers breaks in travel, workflow and cancellations of hard-to-arrange meetings.

Longer term any "new start" program can’t begin under a continuing resolution. Right now, that does not appear to be a burning issue for the GPS program. Though the GPS IIIF program is considered a new start the request for proposals (RFP) was posted February 13. The response date is April 16 of this year. As long as CRs are not an issue for FY19 (past history not withstanding) it should be clear sailing.

Budget Deal and FY18
The Defense Department base budget for FY18 was $549.1 billion and $562 billion for FY19 under levels set by the 2011 Budget Control Act. (The BCA is the bill that created a sequestration trigger if the caps were ignored.)

In the budget deal approved this month Congress addressed the BCA by adding $80 billion to the DoD base budget for FY18 and $85 billion for FY19, according to Mike Tierney, a senior consultant and budget expert with the defense, space/intelligence, homeland security consulting firm Jacques and Associates.

It’s unclear if the budget deal will impact the GPS though it will take some of the pressure off when managers start looking for funds for other programs that have come up short. The GPS program has been struggling with technical challenges and, while welcomed by program managers as a general rule, additional money might not be the answer.

For fiscal year 2018 the House and Senate appear to be in general agreement on backing the GPS program, with no wild cuts or plus-ups proposed so far.

Though there is a ways to go in the defense appropriations process the two houses concurred on allocations of $520.9 million for the Next Generation Operational Control System (OCX) and on $85.9 million for procurement in the GPS III program.

Lawmakers on both sides wanted to dial back the White House’s $243.4 million request for GPS Research, Development, Test & Evaluation (RDT&E) on military receivers. The House wants to pare it back to $223.4 million and the Senate would shave it to $215.4 million.

The only place they seem out of step with each other is on user equipment. The White House wants to spend $253.9 million; the House dialed that back a bit to $243.9 million and the Senate bumped it up to $332.4 million.

Fiscal Year 2019
The White House has requested $451.9 million for GPS IIIF for FY19, the year in which construction is expected to start on the first GPS IIIF spacecraft. Interestingly this cash is coming from the RDT&E accounts and not procurement monies.

"The Air Force will use RDT&E funding for the non-recurring design and engineering work and the first two space vehicles," Space and Missile Systems Center (SMC) told Inside GNSS, in response to a query. "The remaining space vehicles will use procurement funding."

The largest request is for $513.2 million for continuing development for the troubled OCX program and for the GPS Enterprise Integrator. There is an additional $13.5 million sought for updates to the current control system, which is being modified as a hedge against delays in OCX.