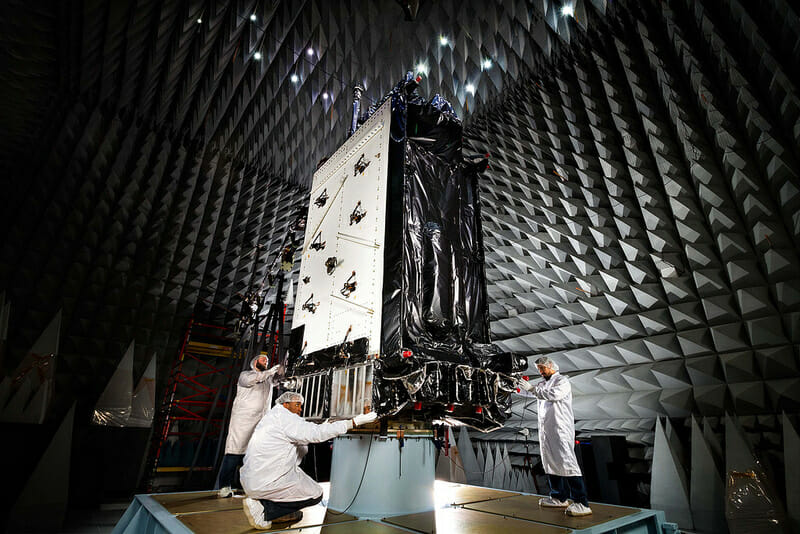 “The first GPS III satellite, GPS III SV01, was declared ‘Available for Launch’ in September 2017. It is now being prepared for shipment to Cape Canaveral, Florida for a launch before the end of the year,” said Johnathon Caldwell, Lockheed Martin’s program manager for Navigation Systems. “With two GPS III satellites now ready for launch, and the third GPS III expected to be ready by early next year, we’re building strong momentum. These satellites will soon begin modernizing the current GPS constellation with new capabilities and more advanced technology.”

GPS III will be the most powerful GPS satellite ever on orbit, according to Lockheed Martin. GPS III will have three times better accuracy and up to eight times improved anti-jamming capabilities. GPS III’s new L1C civil signal also will make it the first GPS satellite to be interoperable with other international global navigation satellite systems.

Lockheed Martin is now in full production on 10 GPS III satellites at its GPS III Processing Facility near Denver.

Right behind GPS III SV04 on the production line, the fifth, sixth and seventh GPS III satellites are in component build-up. The fifth satellite already has its navigation payload and is expected to be fully assembled later this summer. To date, more than 90 percent of parts and materials for all 10 satellites under contract have been received.

In April, the company submitted a proposal to the government to build up to 22 additional GPS III Follow On (GPS IIIF) satellites which would bring even further enhanced capabilities to the GPS constellation’s more than four billion users.