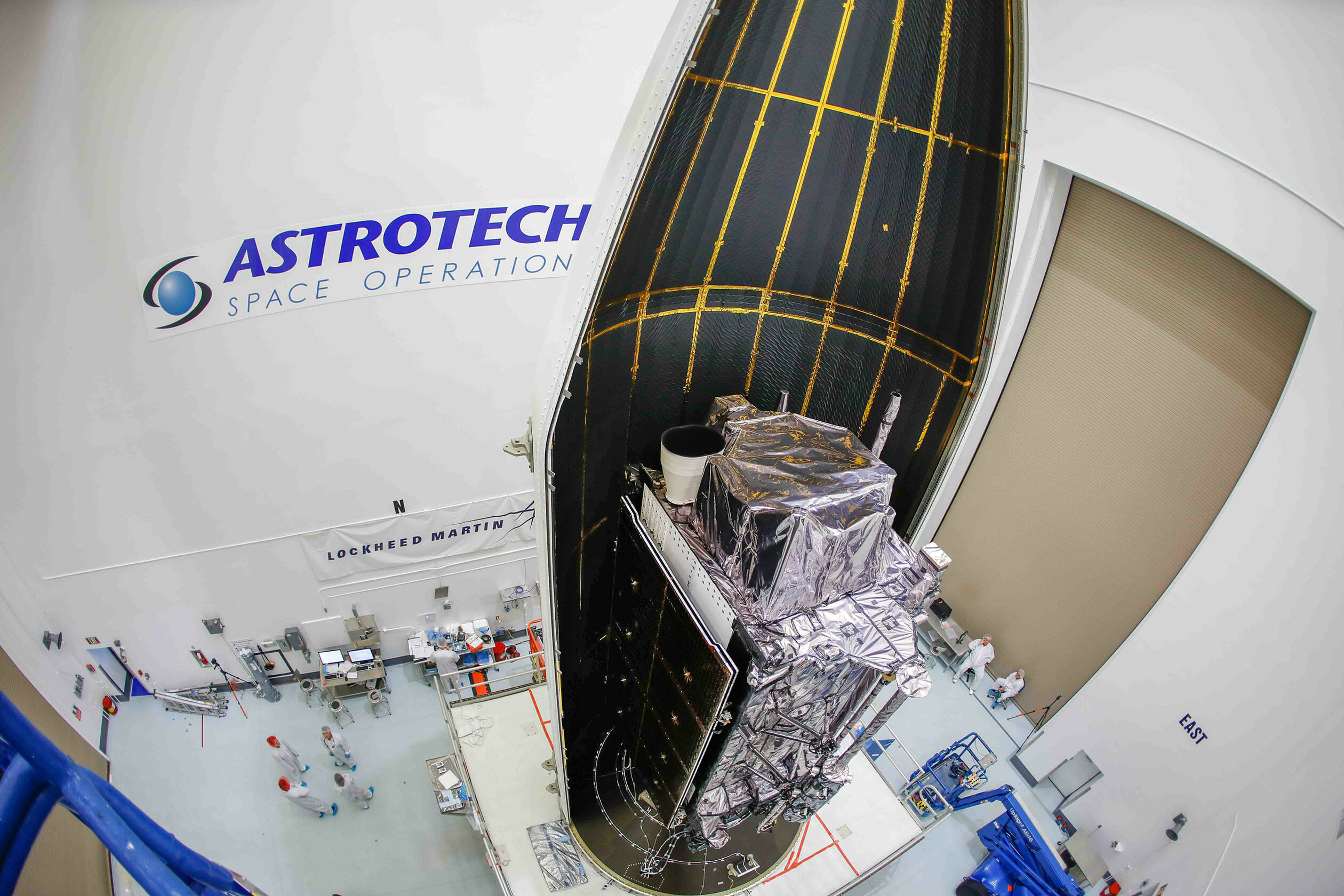 TITUSVILLE, Florida, July 8, 2019 – The GPS satellite constellation is about to get its next heathy dose of new technology and more advanced capabilities. The second next-generation, Lockheed Martin-built GPS III satellite—nicknamed “Magellan” by the U.S. Air Force—is sealed up and ready for its planned July 25 launch.

In the coming days, the enclosed GPS III SV02 satellite will be mounted to a ULA Delta IV rocket for launch. The current window for launch on July 25 opens at 10:55 a.m. ET, according to Lockheed Martin.

“GPS III SV02 is launching just a brisk seven months after the nation’s first GPS III satellite lifted off back in December. The first satellite’s performance during on-orbit testing has exceeded expectations,” said Johnathon Caldwell, Lockheed Martin’s vice president for Navigation Systems. “We are excited to deploy more GPS III satellites so this new technology and capabilities can be distributed constellation-wide.”

GPS III satellite production and launch cadence is picking up. On May 27, the Air Force declared the next GPS III satellite, GPS III SV03, “Available for Launch,” pending an official launch date.

“More GPS III satellites are coming. If you looked at our production line back in Denver today you would see GPS III space vehicles 04, 05 and 06 already fully-assembled and in various stages of testing. And space vehicles 07 and 08 are being built up at the component assembly level now,” Caldwell added. “It is a smooth, efficient, methodical process.”

Lockheed Martin is under contract to develop and build up to 32 GPS III/IIIF satellites for the Air Force. GPS III will be designed to deliver three times better accuracy and provide up to eight times improved anti-jamming capabilities. GPS III’s new L1C civil signal will make it the first GPS satellite to be interoperable with other international global navigation satellite systems, like Galileo.

Additional GPS “IIIF” capabilities will begin being added at the 11th satellite. These will include a fully digital navigation payload, a Regional Military Protection capability, an accuracy-enhancing laser retroreflector array, and a Search & Rescue payload.