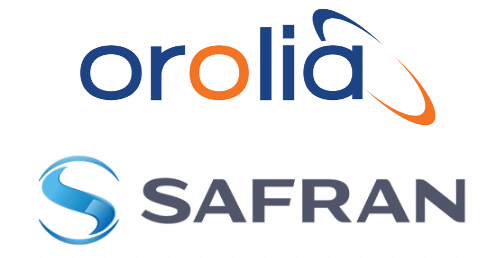 Safran recently announced that it has entered into exclusive discussions to acquire Orolia from Eurazeo. Orolia is one of the world leaders in Resilient Positioning, Navigation and Timing (PNT) solutions that improve the reliability, performance and safety of critical civilian, military and space operations, including in harsh or altered Global Navigation Satellite System (GNSS) environments.

Orolia has a broad portfolio of technologies across the Resilient PNT value-chain with full system capabilities and is a provider of PNT equipment, simulation and test solutions. Orolia is also providing emergency locator beacons for commercial aviation and military applications.

The acquisition represents a unique opportunity for Safran and Orolia to extend their Resilient PNT solutions globally. With this addition, Safran will be able to build a world-leading position in all aspects of PNT, inertial navigation, time and GNSS receivers and simulators, covering aerospace, governmental and high integrity applications.

“I am delighted by this announcement,” said Olivier Andriès, Safran Chief Executive Officer. “The acquisition of Orolia will strongly complement our navigation product line and expand its international footprint. Combining Safran and Orolia’s capabilities will create a world leader in Resilient Positioning, Navigation and timing systems for all applications. This is fully in line with the strategy outlined at our recent Capital Markets Day to strengthen our position in key technologies for our sovereignty activities.”

Safran intends to accelerate the development of Orolia under the leadership of its current CEO, Jean-Yves Courtois, and in full collaboration with its teams. The mutual customer base will benefit from the leveraging of respective strengths and route-to-market capabilities.

“The combination of Orolia and Safran will create a PNT world leader with capabilities that will be unsurpassed in depth and breadth,” said Jean-Yves Courtois, Orolia Chief Executive Officer. “Our perfect complementarity in terms of technology expertise, market presence and geographic footprint will allow us to push further Resilient PNT to the next level and to offer our government, aerospace and commercial customers the most advanced solutions they need for their critical operations. Orolia will contribute especially through its world-leading positions in timing, GNSS simulation and emergency location technologies, and through its strong presence in the US market. We are looking forward to working with our new Safran colleagues to advance our common vision.”

Orolia is expected to generate revenues of more than EUR 100 million in 2021 and has approximately 435 employees with facilities in France, United States, Switzerland, Spain and Canada.

The terms of the deal were not disclosed. The transaction is subject to the usual regulatory approvals. Orolia will be consolidated within Safran’s Equipment & Defense division upon closing, expected around mid-2022.