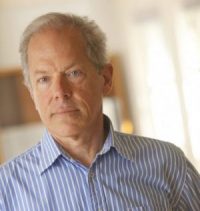 In the beginning, GPS was envisioned as a military program. A sign on the wall in the Joint Program Office where the system came into being during the early 1970s read: “The mission of this Program Office is to:

• drop 5 bombs in the same hole

• and build a cheap set that navigates

The first goal was motivated by a desire to reduce or eliminate the civilian casualties and collateral infrastructure damage inherent in armed conflict.

It didn’t take long for strategists to see beyond precise targeting to further ambitious uses for precise navigation. Prime among these was robotic resupply of the front lines. Any armed force is every bit as much a logistical enterprise as a fighting one.

Resupply of ships at sea; refueling combat aircraft in the air; reprovisioning advanced units in remote, difficult or conflicted terrain.

Now, nearly 50 years later, those visions have emerged as realities, thanks to the autonomous potential inherent in GPS/ GNSS. Prototypes have been tested and some may come online as soon as this year.

Refueling aircraft are considered force multipliers because they expand the combat radius of attack, allow patrol aircraft to remain airborne longer and enable aircraft to carry heavier payloads. Planes are also most vulnerable when they land to refuel themselves; replay the Battle of Midway.

But aerial refueling is a very delicate undertaking indeed. And to do it without a pilot onboard the tanker?

Challenging, to say the least.

On June 4, the Boeing MQ-25 T1 test asset transferred fuel to a U.S. Navy F/A-18 Super Hornet: the first time in history that an unmanned aircraft has refueled another aircraft. The magazine cover depicts this.

The MQ-25 stably follows a GNSS-based flight path while extending its fuel drogue, or boom. The receiver aircraft, piloted, maneuvers its rigidly mounted fuel probe into the tanker’s trailing drogue.

In-flight refueling requires sustained, minimal separation between paired aircraft, as little as 20 feet at airspeeds of, well, the Navy doesn’t like to say, but let’s presume in excess of 200miles per hour, at least. Very little room for error.

The delicate feat was achieved using differential GPS, but—of course—GPS is one of the first things to be denied or challenged in combat environments. Therefore different sensor packages must be readied. Our cover story describes one of these, a stereo camera vision-based package. It’s still PNT. And that’s what we’re about.

MORE ROBUSTNESS TO THE FORE. A second story in this issue, also originating from the Air Force Institute of Technology, explores integrity problems that will unavoidably arise when three or more sensors are employed on a navigation platform, as will surely be the case when drones or robotic vehicles are dispatched into conflicted environments.

GPS/GNSS integrity issues have been studied and designed against for years. That’s why we have receiver autonomous integrity monitoring (RAIM).

Integrity for GPS-inertial integrations is also well understood. But when three or more positioning sensors are employed, as is already done in many autonomous platforms, and there is a disagreement among them—how do you know which to believe?

MEANWHILE. There’s one more GNSS-driven autonomous military navigation suite I would have liked to stuff into this issue, but I don’t have the full info yet. Believe me, I’m chasing it. If anyone knows a good source, please contact me.

Demonstrations of long-range ship-to- ship and shore-to-ship cargo transport will soon get underway at NAS Patuxent River in Maryland, after customization of the UAV for the requirements of military sealift operations. The Blue Water UAV will take part in additional experiments in the Atlantic Ocean with the Navy’s fleet in 2021.