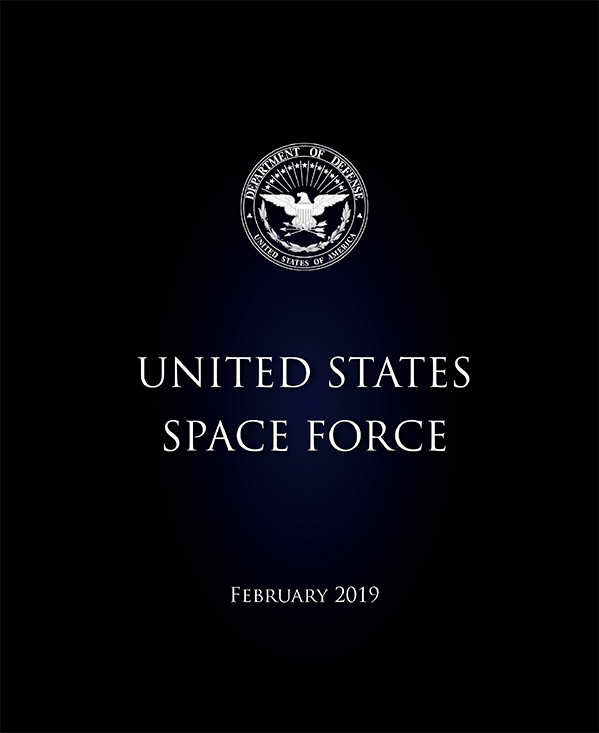 The Pentagon Friday released its proposal for enabling legislation to create a Space Force, a new military branch expected to eventually comprise some 15,000 personnel.

“Establishing a Space Force is a strategic priority to facilitate the DOD’s preparation for the character of warfare in the twenty-first century,” the Department of Defense (DOD) wrote in an overview. “A sixth branch of the Armed Forces dedicated to space will catalyze a fundamental transformation of our approach to space from a combat support function to a domain of competition and potential conflict.”

The new organization will reside, as expected, within the Air Force and will be phased in over five years starting in fiscal year 2020 (FY20). The initial staff and budget will be relatively small, roughly 200 people and $72.4 million, which will be focused on standing up a new headquarters and establishing and maintaining new support elements such as education, training, doctrine, and personnel management centers.

From FY21 through FY22 DOD will transfer missions to the Space Force along with the associated space units, billets, capabilities and budgets. This will include relevant space operational elements, acquisition elements, training and education elements and other identified space-specific entities.

Over FY23 and FY24 the Space Force will build out and develop its force structure and warfighting capacity. This might include activating additional operational, acquisition, and/or training units to address new mission demands and establishing “organic space-specific capacity for doctrine development, intelligence analysis, education,” the summary said.

The estimated addition cost over the first five years should be less than $2 billion, the Pentagon said. “Because of the lean implementation and modest total costs, the DOD wrote, “the Future Years Defense Program topline is sufficient to fully fund the U.S. Space Force.”

By the end of the transition period more than 95 percent of the Space Force’s annual budget and some 15,000 personnel are expected have come from existing defense activities. Once fully operational the new organization is expected to need some $500 million annually on top of the transferred budgets of the existing military space activities.