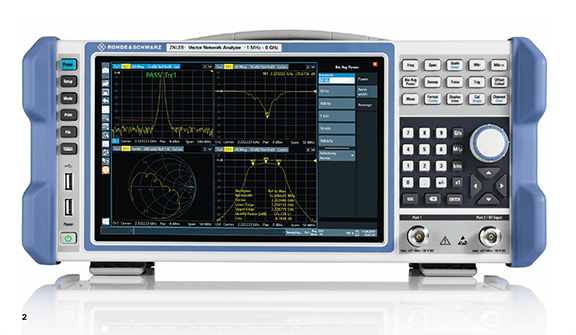 Today, an increasing number of GNSS receivers are able to process signals from diverse navigation systems such as GPS, GLONASS, Galileo or BeiDou in several frequency bands — and in some cases with several antennas in parallel — in order to improve positioning accuracy. Accuracy can be further improved with differential GNSS (DGNSS) techniques.

These techniques are used in applications such as autonomous driving, and they are indispensable for precise and reliable positioning of aircraft during landing approaches. The GNSS receivers used in these applications must undergo extensive tests before deployment in vehicles or aircraft.

The new R&S SMW200A GNSS simulator from Rohde & Schwarz now offers an innovative test solution for easy generation of complex and highly realistic test scenarios for a wide variety of GNSS applications. To test multi-frequency and multi-antenna systems, users now have access to 72 GNSS channels that can be assigned to up to four RF outputs. The R&S SMW200A can generate QZSS and SBAS signals as well as GPS, GLONASS, Galileo and BeiDou signals. This solution enables users to quickly and easily verify the position accuracy of their receivers under realistic conditions.

The R&S SMW200A is the first and only high-end GNSS simulator on the market that has an internal noise generator and can generate complex interference scenarios with multiple interferers, according to the company. All signals (GNSS, noise and interference) are generated directly in the instrument. Additional signal sources for external generation of interference signals are not necessary, which is designed to considerably simplify test setups.

User-Friendly and Future-Proof
No external computer is needed to configure and operate the R&S SMW200A. The integrated, intuitive graphical user interface
(GUI) allows users to generate GNSS scenarios quickly and easily. Rohde & Schwarz says because of the simulator’s multitude of instrument options the solution can be optimally adapted to individual user requirements. The R&S SMW200A is described as an extensible, future-proof platform that is ready to implement future test requirements such as testing new GNSS signals.

The instrument was officially unveiled at the ION GNSS+ 2017 trade show in Portland, Oregon last week.