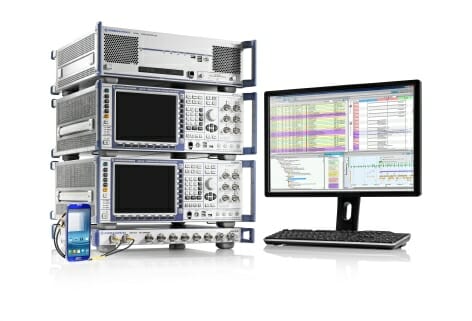 Effective January 1, 2015, all new car models introduced to the Russian market must be equipped with ERA-GLONASS capability, works much like the European Union’s eCall system or the U.S. e911 automatic location identification for emergency calls from mobile phones. When an accident occurs, the IVS connects with a public safety answering point (PSAP) via the local wireless communications network and transmits a standardized minimum set of data (MSD).

In the Russian Federation, in addition to GLONASS or GPS coordinates, the MSD also contains additional data with information about the accident vehicle as specified in ERA-GLONASS. If no voice connection can be made or if data cannot be transferred via the voice channel, the MSD is sent to the PSAP via short message service (SMS). This fallback option is a special ERA-GLONASS feature. The Russian system is also certified for 2G and WCDMA telecom networks.

With this solution, users can verify whether their IVS modem is able to successfully initiate an emergency call, transmit the correct MSD and establish a voice connection with a PSAP, according to Rohde & Schwarz. The results are interpreted in line with the GOST specification. The ERA GLONASS SMS protocol has also been integrated into the test solution, making it possible to test the SMS functionality of the IVS modem when no voice connection is available.

According to the company, the test solution is fully automated thanks to the R&S CMWrun sequencer software. The R&S CMW-KT110 eCall/ERA-GLONASS test package provides an automated functional test in line with GOST55330, enabling users to verify the operability of an entire system in the lab and document it in a report.