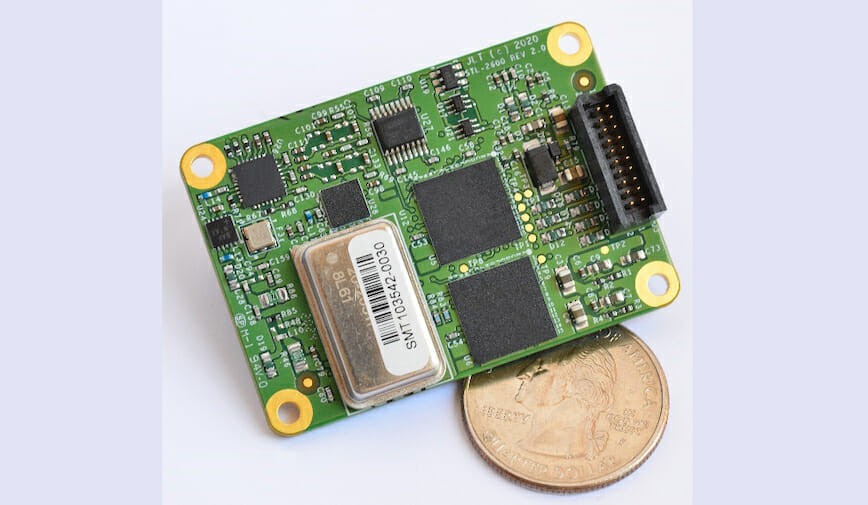 Jackson Labs Technologies, Inc. announced availability of the STL-2600 Satellite Timing and Location (STL) receiver designed in partnership with Satelles, Inc., the service provider of STL. This commercial receiver provides a completely GNSS-independent, low-cost capability to generate UTC nanosecond timing and meters-accurate positioning anywhere in the world while operating in a way that is similar to what a GPS user is accustomed to, but completely without GPS or GNSS.

“Useful for non-GNSS-based E911 location and UTC(NIST) timing applications, the STL-2600 receiver is deployable today to fulfill critical infrastructure PNT objectives such as those outlined in Executive Order 13905 on the responsible use of PNT in the U.S. and the emerging mandates for a GNSS-independent backup solution in Europe,” said Said Jackson, president of Jackson Labs.

The STL-2600 receiver is also useful in marine applications where GNSS signals are regularly denied or manipulated and for stationary high-accuracy timing applications such as 5G. The STL-2600 receiver can be directly connected to JLT’s novel GPS Transcoder products for glue-less retrofit capability of existing customer legacy GPS-only receiver systems to Galileo, GLONASS, BeiDou, QZSS, and SBAS as well as adding the STL and optional atomic holdover capability to these legacy systems.

The small receiver module combines a custom-designed STL L1 LEO receiver and a latest-generation concurrent-GNSS receiver with a disciplined high-stability reference oscillator sub-system on one circuit board.

The plot displayed above shows improved performance over a test published in a recent Inside GNSS article on the Satelles STL service, which details STL’s timing synchronization performance with different types of user equipment.

The receiver includes JLT’s proven frequency and timing disciplining and holdover IP deeply embedded into the entire signal chain for ultra-low phase noise performance and high-stability 1PPS and 10 MHz operation, even when using only the built-in TCXO oscillator.

The unit operates fully autonomously from just a USB cable and is compatible with a customized version of the GPSCon software — offered at no cost to JLT customers — for monitoring and control.

The STL signal has been deployed worldwide since 2016 and can be evaluated and implemented SWaP-C-effectively today via this receiver module.