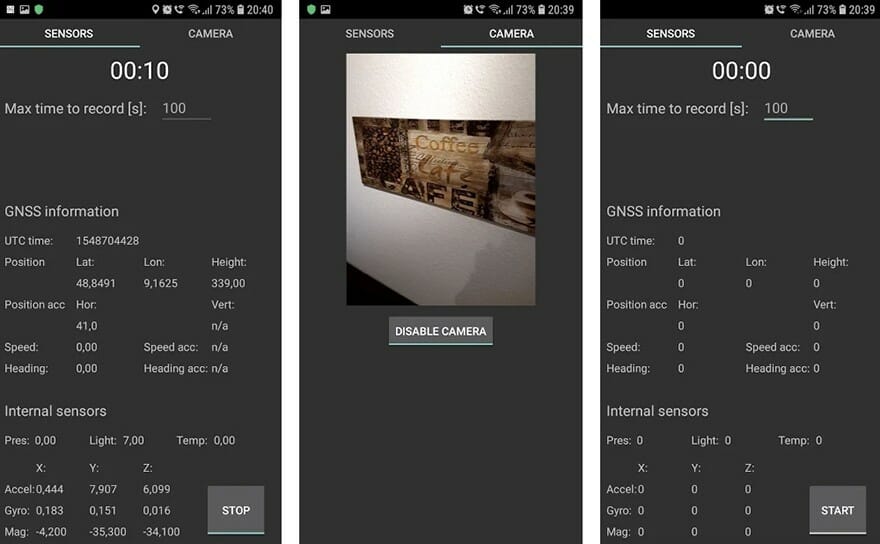 A Russian software company, Navigation Expert, has announced its newly upgraded Nav Sensor Recorder v3.2, a free application for Android that enables users to read and save measurements of smartphone sensors. Nav Sensor Recorder can also capture images from the phone’s camera. According to the company, “The app would be interesting to researchers, engineers and students who develop algorithms for navigation, positioning, attitude determination, computer vision and SLAM.”

Nav Sensor Recorder saves sensor data to CSV files which can be read and imported. Captured images are referenced to system time which can serve as a natural means of synchronization with IMU, GPS, and other sensors.

The application stores collected sensor data in files with extension names giving the respectiveyear, month, day, hour, minute, and the second of the measurements’ start. In the first line of the log files there is information on sensor manufacturer and model. Recorded files are ordinary text files and can be opened by any text editor. Every line presents a new measurement. Values in lines are separated by a semicolon. The first value in every line is a system time in nanoseconds of the corresponding sensor data.

Navigation Expert is operated by Fedor Baklanov, who holds a Ph.D. in aerospace, aeronautical and astronautical engineering from the Technical University Munich and who currently works as an engineer in sensor software development.