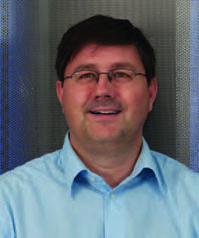 A common refrain in the world of GNSS is the desire for “interoperability,” the use of signals from multiple systems without a decline — and potentially even an improvement — in the quality of results.

Achieving this depends on large part in establishing comparable parameters — particularly the geodetic references and timing systems — among the GNSSs along with a dense network of ground reference stations that can provide continuous, precise monitoring of satellites’ orbital positions.

A common refrain in the world of GNSS is the desire for “interoperability,” the use of signals from multiple systems without a decline — and potentially even an improvement — in the quality of results.

Achieving this depends on large part in establishing comparable parameters — particularly the geodetic references and timing systems — among the GNSSs along with a dense network of ground reference stations that can provide continuous, precise monitoring of satellites’ orbital positions.

As recent objections to the installation of Russian GLONASS monitoring stations in the United States have shown, however, achieving this is not a trivial matter politically. And the more than 20-year effort of the International GNSS Service (IGS) — formerly International GPS Service — to establish this capability provides a measure of the practical challenges.

The IGS has established a global system of satellite tracking stations, data centers, and analysis centers that puts high-quality GNSS data and data products on line in near–real-time to support a wide range of scientific and engineering applications and studies.

To better understand the issues and possible benefits of multiple GNSS monitoring, we called on Tim Springer, a member of the IGS Governing Board’s Executive Committee. Springer is a contractor with the European Space Agency at its European Space Operations Center in Germany and a principal in PosiTim UG.

Before the establishment of the IGS, GNSS observation campaigns typically called for one or two weeks in the field followed by about six months analyzing the data back in the office. In a pilot project launched in 1992, the IGS set itself the task of processing a full day of data every day.

At that time the still-incomplete GPS system had only about 20 satellites in orbit and the IGS global tracking network consisted of a mere 30 stations. But even with this reduced set of satellites and stations, generating a solution took between 6 to 24 hours of computer processing time.

A combination of dramatically reduced processing times and increased data transfer capacities via Internet have reduced the time needed to produce IGS products from days, if not weeks, of delay to near–real-time. This development has taken place very gradually, evolving from the weekly “final” products delivered with a 14-day delay after the start of the week, to the daily “rapid” products that become available 17 hours after the end of the day.

The next step was “ultra-rapid” products that are generated four times per day at 0, 6, 12, and 18 hours UTC and contain 24 hours of estimated and 24 hours of predicted orbit and clock products. This has led to the latest development: the IGS real-time service, realized in 2013, which delivers GPS+GLONASS orbit and clock correction in near real-time.

The IGS statistics show that roughly 25,000 users per month directly access IGS products and information through its Central Bureau. In the timeframe from 2010 to 2012, download statistics from CDDIS, the main archive of IGS products, revealed that 3.6 million product files are downloaded each month, of which 64 percent took place in the United States accessed from more than 11,000 different IP addresses. The most downloaded products are the IGS ultra-rapid products.

IGM: What benefits does multi-GNSS monitoring provide in terms of positioning accuracy, robustness, and/or other metrics?

SPRINGER: The most obvious benefit of multi-GNSS is in the area of real-time applications. The gain in number of satellites clearly improves robustness, accuracy, and availability. It is also the reason why the IGS network evolved much faster than the IGS analysis capacity. Many stations in the IGS network are part of regional networks that serve surveyors and geospatial professionals for (near) real-time applications. These customers have requested multi-GNSS services because of these benefits. In general, the IGS analysis centers are more focused on scientific applications for which the addition of GLONASS did not seem to offer too much benefit.

The inclusion of GLONASS, and in the near future also Galileo and BeiDou, will improve the accuracy of the GNSS solutions. Due to the almost perfect daily repeat of GPS’s estimated parameters, the results of a GPS-only solutions are typically better than the day-to-day repeatability of the GPS+GLONASS solutions. However, when looking at annual time scales, the GPS+GLONASS solution actually does perform better than the GPS-only solution.

IGM: Differences among geodetic reference frames and GNSS system time are generally considered two of the main challenges to improving interoperability among GNSSs. What technical solutions might be theoretically possible to improve this situation and what practical issues would need to be addressed in order to implement them?

SPRINGER: As reference frames change slowly, I consider this to be much less of a technical problem then the time reference. However, firstly and primarily these are political and/or security issues more than technical issues.

The IGS does allow all users worldwide to obtain the coordinates of their stations in International Terrestrial Reference Frame (ITRF). There are different ways how this may be achieved. If political and/or security issues make it impossible to publicly disclose the data of the tracking stations, the ITRF positions of the stations can be determined by means of the well-known and established precise point positioning (PPP) technique at the 10- to 20-millimeter level. If the coordinates of the tracking stations can be made publicly available, the IGS would then be more interested in including the station’s data in its processing, thus ensuring that these stations would become an integral part of the ITRF.

Timing is a much more difficult issue as it is much less stable over time then the station positions. Also my knowledge in this area is limited. The only thing I can say is that the IGS clock products may be used to monitor the timing differences between the GNSS systems with a very high precision which, on time scales of weeks if not months, could help to give feedback regarding the consistency of the time systems of the different GNSSs.

IGM: In addition to the IGS and initiatives such as its Multi-GNSS Experiment, other multi-GNSS projects are under way, such as Multi-GNSS Asia and China’s proposed international GNSS Monitoring and Assessment (iGMAS) project. What is the relationship and possible dialog between IGS, these initiatives, and organizations such as the International Committee on GNSS (ICG) for coordinating efforts?

SPRINGER: The IGS is proud of its status as an independent group of GNSS experts who have been producing very high quality products for over 20 years. The IGS is therefore a valued partner in several of these initiatives. The IGS is committed to working with different GNSS providers, as well as with organizations that have established and/or are operating regional or global tracking networks.

However, the core principles of the IGS, in particular its open data policy (both raw tracking data as well as derived products), are strongly promoted at a variety of forums, including the ICG. The IGS is an active participant at the ICG meetings, and the leadership role that it plays is highly valued. The discussions regarding an International GNSS Monitoring and Assessment Service are of great interest to the IGS as we believe that the IGS infrastructure is very well suited to contribute to the establishment of such a service.