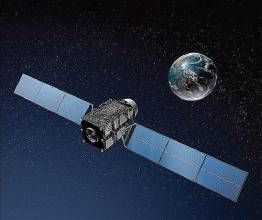 With this introduction of a highly efficient atmospheric correction message, the number of available GNSS satellites will be increased up to 17: GPS, Galileo and Quasi-Zenith Satellite System (QZS) satellites all-in-view will be corrected by the QZS L6 signal. This is expected to improve performance considerably, particularly in urban areas.

The QZS CLAS Compact State Space Representation (SSR), a highly efficient RTCM-compatible open specification for PPP/PPP-RTK. Compact SSR is accepted as PPP-RTK standard in 3GPP LPP, the mobile communication standard for LTE/5G. There are plans for it also to be applied for Galileo’s High-Accuracy Service (HAS). The detailed information is described in the ION GNSS+ 2020 paper, “Open Format Specifications for PPP/PPP-RTK Services: Overview and Interoperability Assessment,” by Rui Hirokawa, Deputy General Manager, Space Systems Department of Mitsubishi Electric Corporation; and Ignacio Fernández-Hernández, technical lead of the authentication and high-accuracy services of Galileo first-generation at the European Commission.

Since SSR corrections can be easily distributed over L-Band satellite communication channels and over IP, it will facilitate scalable business-to-business (B2B) models for high-precision mass-market applications such as in automotive sector.