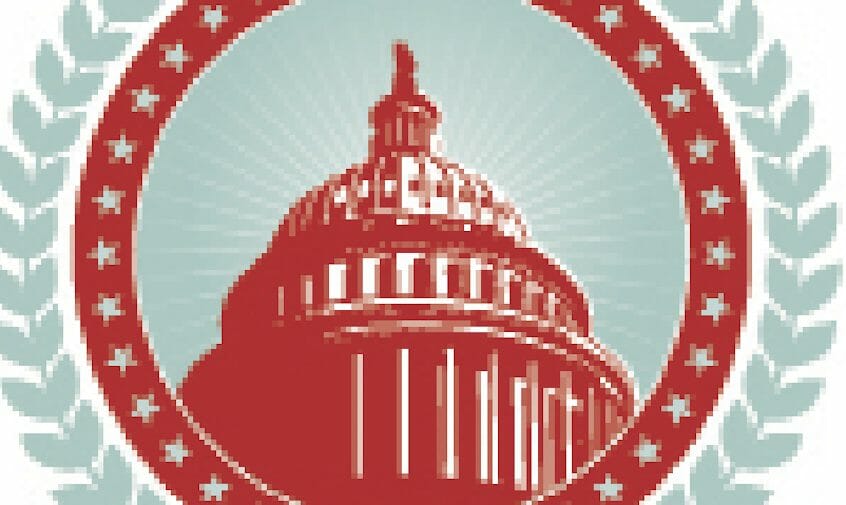 It may seem odd that Ligado Networks LLC continues to establish foundations for its spectrum foothold while a large number of groups clamor for a re-do, but it’s not surprising. The 72-page April 2020 Federal Communications Commission (FCC) Order and Authorization order took effect upon release. It stipulated that Ligado could begin its commercial ancillary terrestrial component (ATC) operations 90 days thereafter, so long as Ligado complied with its terms and its twenty-four paragraphs of conditions.

One such condition was a requirement that Ligado file status reports with the FCC every six months. In its first such report on October 20, company Executive Vice President and Chief Legal Officer Valerie Green outlined “progress in implementing the Order’s various reporting mechanisms and operational safeguards.” Reported efforts include:

Aviation Database. Ligado selected TeleWorld Solutions, Inc. (TWS), a Samsung company, as its vendor to create a freestanding web portal for aviators and other interested parties to access the database. The envisioned TWS-hosted/supported web portal will enable advance notifications of new Ligado base-station deployments. According to the memo, the database will provide technical information to the aviation community that will eventually include:
• the longitude and latitude of each Ligado base station;
• the antenna radiation center height above ground level for each base station;
• antenna tilt, including both mechanical and electrical tilt;
• and the technical specifications of all base station antennas, including polarization and pattern.

Reporting Hotline. Ligado says it will develop a toll-free phone service at (833) 888-0237 to report interference complaints. The memo states that the hotline will be staffed 24/7 with response technicians and that Ligado has created internal processes to respond “within 24 hours to any complaints.”

Kill Switch. Ligado states that it has incorporated a stop-buzzer functionality in network procedures to allow action “within 15 minutes of receiving a request from the Commission’s Operations Center” to remove itself “as the potential source of interference…in the remote possibility that there is ever a large-scale disruption to GPS.”

These very safeguards remain at the heart of the ongoing controversy. According to a powerful opposition, they are simply not sufficient to alleviate GPS interference concerns. Ligado has made efforts to parlay, but its detractors refuse to talk to the company. That’s because they are all talking ex parte (without participation by the opposing faction) to the FCC.

Not Invited to the Parte

The NTIA, which represents the Executive Branch in this matter, was one of only two recipients that responded, essentially acknowledging receipt and not much more. Its position: as long as Petition for Stay of and a Petition for Reconsideration or Clarification of the FCC’s Order and Authorization remain pending, it would be “would be premature to begin implementation discussions.”

Ligado also attempted to initiate discussions with Iridium Communications Inc., which has provided essential US Government and other satellite communications services for more than two decades, to no avail.

While none of these folks are interacting directly with Ligado, they are chatting with the FCC. Commission rules envision ex parte “permit—but disclose” discussions. FCC staff or the presenter must place any communications “of substantial significance and clearly intended to affect the ultimate decision” in the proceeding’s record, with limited exceptions. The record is chock full of such communications to the FCC; these seem to be ramping up over the last few months.

Iridium was one of many different groups that reached out in this manner. On September 24, the company held a call with FCC reps to highlight concerns revolving around (no pun) Satellite Time and Location (STL) service, a secure timing solution that is 1,000 times stronger than GPS signals, provided to the DoD and others. For example, Iridium provides the U.S. Air Force with Aircraft Secure Communications, Data Exfil, and Air Safety Services.

Iridium’s position is that the out-of-band emissions level at their band edge was premised on a far smaller number of user terminals than Ligado now plans to deploy. The upwardly revised current number will produce “significant harmful interference to satellite services across the L-band, including GPS, and SATCOM”

Flight Safety. Similarly, in October, key members of the aviation and aerospace community (the Air Line Pilots Association International, the Aerospace Industries Association, International Air Transport Association, the Helicopter Association International and the Lockheed Martin Corporation, among others) expressed grave concerns for flight safety. They called the FCC-directed base station database, “an inappropriate and a highly irregular method for the formal notification of navigational hazards.” Imagine a pilot having to look outside of the established FAA process for notification of navigational hazards.

According to the aviation experts, not only does this fail to comport with current airspace management processes or practices, it lacks formal regulatory status, and—wait for it—the FCC lacks the authority to do this.

Aside from these critical matters, the aviation community also raised concerns about potentially constant GPS interruption in urban and low-level environments, impacts to Helicopter Terrain Awareness and Warning Systems, Automatic Dependent Surveillance—Broadcast (ADS-B), and other aviation functions used by aircraft for safety while operating within 250-feet of an antenna, which they say will be unavoidable in emergency situations.

UAV Dangers. The hazards to unmanned aircraft systems and future urban air mobility craft also loom large and were apparently not considered during the testing phase. Those nascent industries, projected to be worth billions in the coming years, are still developing how to safely navigate and operate in low altitudes in the National Airspace System.

Water and Weather. Reps from the water and weather communities also met with the FCC to present concerns about their Geostationary Operational Environmental Satellite (GOES) systems, which are now poised to share the 1675-1680 MHz band with Ligado.

Industry. Add to this list equipment manufacturers from across U.S. economic sectors including manufacturing, precision agriculture, mining, and construction. Each has their own unique concerns.

Family Values. The record is replete with impacts to the feds, flight safety, water and weather systems, agriculture—and even to American families. You read that right. CalAmp, a global technology solutions pioneer says its GPS-enabled Here Comes The Bus mobile app, could be a bust. This application uses GPS to track, in real time, the pick-up and drop-off for K-12 students. It furnishes more than just peace of mind for parents and guardians. It also provides government fleet management solutions to improve utilization, lower insurance premiums and enable preventative maintenance to 300 cash-poor school districts in 35 states across the U.S. During the pandemic, these schools use this app to assist in meal deliveries to the nation’s most needy students.

Industry Second Thoughts. Even some of the GPS manufacturers who struck “co-existence” deals with Ligado are joining the cacophony of concerned voices. Trimble Navigation Limited filed its own Petition for Reconsideration of the Ligado Order and continues to attempt to set the record straight about “incorrect information in the record about positions of members of the GPS industry…concerns with the effectiveness and practicality of the conditions in the Ligado Order intended to prevent harmful interference to GPS devices and users and…the gaps in the Commission’s consideration of evidence of harmful interference.”

Deere & Company and Garmin International Inc. have joined in this correct-the-record endeavor.

Then there’s the information we’ll just never know, at least without prior clearance and access.

For good reason, there are exceptions to various disclosure rules, including those pertaining to the FCC. “Military or foreign affairs functions of the United States and classified security information” is one of them, per 47 C.F.R. § 1.1204(a)(4). This is why we’ll never know what was discussed between the DoD, DoT, Department of Commerce, the Office of the Director of National Intelligence and FCC staff in early August, other than that the group met for a technical discussion of classified materials.

Other disclosure exceptions might also be used to block efforts to obtain information about whether or not the FCC Inspector General (IG) is probing a conflict of interest (COI) in the Ligado matter. In June, members of the House Armed Services Committee flagged a potential conflict of the Chairman of the FCC’s Technological Advisory Council (TAC), Dennis Roberson, whose company, Roberson and Associates, performed testing for the Ligado matter upon which the FCC heavily relied. The Committee asked the matter be referred to the FCC IG. Nothing appears on the agency’s Electronic Freedom of Information Act Reading Room website at this time.

On August 24, 2020, Chairman Pai responded in a 4-page letter to the members of Congress, giving his view of the process and concluding that “I believe that referring these concerns to the FCC Inspector General is neither appropriate nor necessary.”

In the Halls of Congress

Besides the potential COI inquiry, Inside GNSS continues to track other legislative items of interest.

In July, 25 bipartisan members of the House queried the FCC on their concerns that Ligado’s GPS interference would have throughout the precision agriculture industry. The group raised questions about testing, industry inclusion in decision-making and assessment standards used. Two months later, FCC Chairman Pai sent each member an identical response defending use of a 36-year old definition of “harmful interference,” despite the fact that the world has significantly changed since 1984. Pai continued to reject the proposed 1db C/N0 interference standard based on “studies in the record,” which include those from allegedly conflict-riddled Roberson and Associates.

The FCC also stated it took into account concerns of GPS interference, touting agreements with several high-precision GPS manufacturers, which, as noted above, a few have filed Petitions for Reconsideration or Clarification of the FCC’s Order and Authorization.

The House has not submitted additional queries, or if it has, they do not yet appear in the record at this time.

As discussed in this column in the Sept/October issue, the Senate Armed Services Committee (SASC) included several Ligado provisions in its version of the Fiscal Year 2021 National Defense Authorization Act (NDAA). The Senate draft would prohibit DoD from complying with the Ligado order until it can provide a cost estimate and requires DoD to contract with the National Academies of Science and Engineering for an independent review of previous testing. The Senate and House have since delayed their NDAA conference, which will decide the final NDAA enacted by both chambers, until after the election. Conferees are expected to be named in late November. Thus it remains to be seen if these provisions will be included in the conference text.

RETAIN GPS? The much-awaited Recognizing and Ensuring Taxpayer Access to Infrastructure Necessary for GPS and Satellite Communications Act, or (RETAIN GPS and Satcom), appears not to have made the cut. It would have required Ligado to modify or replace any receiver, including those used by private citizens, impacted by Ligado’s operations.

Stay tuned for additional posturing in the coming months, but don’t expect solid movement on legislation or agency action until after the election.

The views and opinions in this article are those of the author and do not reflect those of the DOD, do not constitute endorsement of any organization mentioned herein and are not intended to influence the action of federal agencies or their employees.