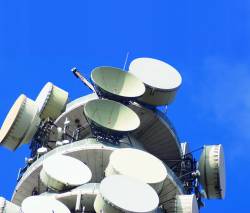 Government regulation such as E911 and the promise of location-based services (LBS) are the biggest drivers for integrating positioning capability into mobile phones. The increasing sophistication of applications and refinement of map databases are continually tightening the accuracy requirements for GNSS positioning. In particular, location-based games and features such as “friend finder” sometimes require better accuracy than what is achievable with state-of-the-art network-assisted GPS (A-GPS) platforms.

Government regulation such as E911 and the promise of location-based services (LBS) are the biggest drivers for integrating positioning capability into mobile phones. The increasing sophistication of applications and refinement of map databases are continually tightening the accuracy requirements for GNSS positioning. In particular, location-based games and features such as “friend finder” sometimes require better accuracy than what is achievable with state-of-the-art network-assisted GPS (A-GPS) platforms.

Cellular standards for GPS assistance data exist for both control plane and user plane protocols. These protocols carry information that help the integrated GPS receiver to improve its sensitivity, speed up signal acquisition, and especially reduce the time to first fix. However, these approved standards do not contain sufficient information for the receiver to do carrier phase positioning.

Until now, no compelling reason existed for adding carrier phase positioning related features into cellular standards so that they could employ real-time kinematic (RTK) techniques. Generally, RTK-enabled devices on the market are expensive and intended primarily for geodetic and survey applications. Also, there has been no real need in the cellular world for the accuracy RTK provides. With evolving LBS applications, however, this situation is changing.

Basically, the technique involves exchanging measurements in real-time between two units — one designated as the reference and the other as the user terminal — and producing the best possible estimate of the baseline between the terminals using RTK techniques. We are developing the solution so that in the future it will be possible to add any other Global Navigation Satellite System (GNSS) measurements in addition to GPS measurements — or even instead of GPS measurements.

Using a simulator, we shall provide data that show it is possible to enable high-precision, carrier phase-based positioning in handsets with minimal additional hardware costs. Further, we shall describe some of the protocol aspects and especially the aspects of adding support for mRTK messaging to already existing cellular standards — GSM and UMTS. We believe that the mRTK solution will bring high performance to the mass market.

Moreover, additional GPS signals, such as L2C and L5, and other GNSSes such as Galileo will become operational in the near future. Consequently, it would be very beneficial to begin incorporating mRTK into the pertinent wireless standards now so that the infrastructure and the service providers will be ready when business opportunities present themselves.

mRTK Solution Overview
A plethora of RTK surveying solutions is available on the market today. Generally, they are characterized by the use of both GPS frequencies, L1 and L2, enabling ambiguity resolution in seconds over baselines of up to 20 kilometers, or even 100 kilometers with more time and under good conditions.  We must emphasize that this article does not claim to demonstrate similar performance and reliability as high-performance dual-frequency receivers.

We are designing the mRTK solution to work with low-cost, off-the-shelf GPS receivers with certain requirements (for example, the ability to report carrier phase measurements and data polarity). Therefore, performance degradations are expected in terms of time to ambiguity resolution, accuracy, and achievable baseline length.


Performance
We conducted several experiments using the testing system and a GPS simulator. The simulator was configured to output data from the same eight satellites for both receivers with using several different baseline lengths varying from 0 meters to approximately 5 kilometers , and using scenarios for different GPS weeks.


Testing Protocol
The testing protocol used in the mRTK solution was designed specifically for use in research and development and as a reference design for proposed changes to the pertinent cellular standards. The protocol was designed to be as efficient as possible and especially to take advantage of the properties of TCP/IP. As TCP/IP already guarantees that transmitted data are error-free and also preserves the order of the data, our protocol did not need to include extensive error corrections and packet order counts.


Cellular Protocol Aspects
During the testing protocol design and implementation, several issues emerged concerning the addition of the mRTK feature into cellular protocols . . . User-to-user relative positioning is not recommended for control plane systems because it would require a lot of protocol and implementation work to get the binding of two terminals and relaying measurements between two terminals to actually work.


Future Work
This article has introduced a new concept called mobile Real-Time Kinematics and shows that RTK-like features are possible using low-cost components and existing cellular communication carriers. Even though a lot of development work remains on the mRTK algorithm side, the biggest challenge still involves cellular carriers and their standardization. Of course, even after standardization, the development of the infrastructure would require a huge effort.

Future work with the existing testing protocol includes more testing, especially field testing, and testing with different signal conditions and satellite constellations. The testing protocol itself should be modified with new features such as the VRS service. Using VRS, the baseline can always be kept very short, and accurate absolute positioning is available everywhere using mRTK.

One of the ideas that also need to be further developed is peer-to-peer protocols. In those protocols the mRTK measurements would be transmitted directly from one terminal to another without the use of a server in between.

As an example, this kind of protocol could be embedded into voice-over-IP (VoIP), in which the data channel for the voice encoding is already open and could easily accommodate other data transmissions that do not have strict real-time requirements, such as mRTK. Other peer-to-peer protocol means would exist, for instance, in WLAN, where the terminals are connected to the same subnet and would be able to open direct connections to each other.

The solution we have presented holds a lot of potential. Especially with the forthcoming satellite systems (e.g., Galileo and modernized GPS), the solution will significantly improve the accuracy of positioning in the mobile terminal. Nonetheless, the standardization of the mRTK features will require a lot of joint effort among terminal and network manufacturers and cellular operators.