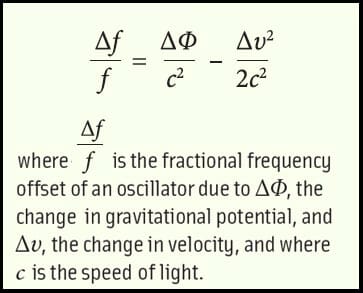 GNSS Event that most signifies for you that GNSS has “arrived”

GNSS Event that most signifies for you that GNSS has “arrived”

GNSS receivers in cell phones were a shock. I always knew that electronics could be shrunk almost forever, but the physics of the antenna, and the tiny signal, seemed to necessitate at least a quarter-wave in size, and clear exposure to the sky. We had visions in the 1980s where we would speculate “by the year 2000 (which seemed forever far away) receivers (which at the time cost many 10s of thousands of dollars and weighed 10s of kilograms) would cost under $100, weigh less than one kilogram, and take up less space than a VCR tape drive.”

If I have to pick one, it would be David Allan. He brought me into the field of time and time transfer, just as GPS was nascent. He was always very supportive and encouraging.

Along with Dave Allan, Judith Levine, and Dick Davis, patent #5,274,545 issued in 1993 for “Device and method for providing accurate time and/or frequency.” Published as an article, “Smart Clock: A New Time,” in the December 1992 issue of IEEE Transactions on Instrumentation and Measurement.

What popular notions about GNSS most annoy you?:

1) Some in the industry think that clocks don’t matter, that they are of little importance compared to signals and satellites. GPS works so reliably because of atomic clocks.

2) There’s a lot of confusion about the difference between signals and data. GPS is not just another piece of the information system: it is a source of a signal. A signal differs from data in that it can only be useful if measured in the present. It can’t be stored, buffered, and re-transmitted without at least keeping careful track of all that.

3) Popular shows imply that GPS is tracking people; that somehow the satellites know what people are doing. Of course, the GPS satellites only transmit. They don’t track anything. GPS trackers do exist — because of cell phone technology.

The relativistic frequency change in clocks:


Note that this uses the physics convention where Φ is negative, hence gets larger farther from the Earth. Thus, relativity says that the frequency of an oscillator runs slower as velocity increases, and runs faster as you get farther from the Earth. These combine in GPS to give a mean rate offset of 4.4647 x 10-10 faster than on Earth’s geoid, which would produce a time offset after one day of 38,575 ns!

I’m going to plug here for a GNSS improvement, not directly a consumer product. I have been a long-time advocate of on-board monitoring of GPS clocks, running multiple atomic clocks on each satellite and measuring them against each other. The largest cause of signal anomalies is clock anomalies, which could easily be completely removed from the error budget. This would require a small amount of hardware change on-orbit. It’s a technique we have used in national timing labs for years. It would allow for not only detection and removal of bad signals, but automatic fast recovery.