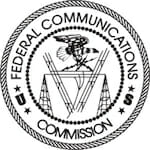 Having settled its lawsuits against a trio of GPS receiver manufacturers, would-be broadband provider New LightSquared is now pointing to those settlements to support its assertion that it is fully addressing GPS interference issues.

Having settled its lawsuits against a trio of GPS receiver manufacturers, would-be broadband provider New LightSquared is now pointing to those settlements to support its assertion that it is fully addressing GPS interference issues.

The settlements, which were described as "Coexistence Agreements" in a letter filed Wednesday (January 13, 2016) with the FCC, set power limits that the company must ask to incorporate into its FCC license. Given that the three GNSS companies — Garmin, Deere and Trimble — operate in nearly every sector of the GPS receiver market, New LightSquared argued in its letter that the agreements can be viewed as setting limits that protect nearly all of the GPS community.

As for aviation receivers, about which technical concerns remain, New LightSquared said it would "determine, after consultation with FAA [Federal Aviation Administration], the proper power levels such that the licensee would guarantee that its operations would comply with the FAA’s Minimum Operational Performance Standards (“MOPS”) as embodied in Technical Standard Orders (“TSOs”)."

The firm urged the FCC in a January 11 meeting described in the letter to issue a public notice for comment by late spring.

Seeks End to ABC Initiative
LightSquared also suggested a need no longer existed for an ongoing Department of Transportation (DoT) study to determine a set of power limits (also called masks) for the RF frequency bands near the GPS L1 signal. The two-part Adjacent-Band Compatibility Assessment (ABC Assessment) plans to undertake the same analysis for frequencies near new GPS signals such as L5 and near bands being used by other satellite navigation constellations.

New LightSquared said its settlements were informed by work done on the ABC Assessment, obviating the need for further effort.

"The parties emphasized that in light of the Coexistence Agreements described above and the License Modification Applications submitted to the Commission — and the notice-and-comment process on those filings that will be triggered by a public notice on these submissions — the goals of DOT’s Adjacent Band Compatibility Study (“ABC Study”) have been met," LightSquared wrote. "Indeed, as the parties explained, one of the reasons the company initiated and successfully completed the Coexistence Agreements was that it learned in detail in the DOT’s series of ABC Study Workshops what issues are important to both the DOT and the GPS companies. In short, the Workshops shaped and defined the Coexistence Agreements."

Representatives of LightSquared, the original firm that was superseded by New LightSquared upon the company’s emergence from bankruptcy, had forcefully criticized the study in the workshops as well as other forums, taking particular issue with how interference was determined.

Those arguments over measurement techniques are now irrelevant, said Gerard Waldron, a lawyer with Covington and counsel to New LightSquared. Both New LightSquared and the GNSS companies looked at what would satisfy their operational standards and came to an agreement, he said, adding that there will be an opportunity for the public to comment during the FCC process.

"The work of the workshops has been accomplished," he told Inside GNSS, "so yes, we don’t think there’s anything to study."

Motivated by Political Situation
While speedy execution is an element in any project’s financial success another factor may be energizing LightSquared’s desire to see the study dropped, suggested Tim Farrar, a technology consultant with TMF Associates who has followed the LightSquared debate.

"The reason that LightSquared is pushing for an answer by the end of the year is that they don’t know what the next administration will bring," Farrar told Inside GNSS. “It will be a different bunch of people making a decision. It will inevitably delay things while all those people get up to speed, and it may mean that they won’t have the same political clout. Things will be different. So, having a ruling in the dying days of this administration, as people are about to leave the building, would be like LightSquared’s ideal outcome."

But political considerations may also conspire to thwart the firm’s aims, said, Farrar, even if the FCC would like to resolve the issue. "It’s optimistic to think that the FCC has good reason to move forward with this and (will) fight LightSquared’s battles with the DoT on its behalf."

"Setting up a situation where we have a fight between the FCC and the DOT, and the DoD [Department of Defense] potentially — doesn’t seem like there’s a lot of political mileage in that given that the FCC has so many other things on its plate," said Farrar. "(The FCC) has a challenging relationship with Congress already."

Some lawmakers are indeed unhappy with the FCC and have already moved to change the way the agency does business. The House in November passed HR 2583, a bill that would require, among other things, minimum comment periods — a factor in the first days of the LightSquared debate when the FCC tried to squeeze the comment period to 10 days over the Thanksgiving Day holiday.

Introduced by Rep. Greg Walden, R-Oregon, HR 2583 may be just an early salvo in a far broader effort to update the Communications Act of 1934. Walden and House Energy and Commerce Committee, Chairman Rep. Fred Upton, R-Michigan, announced plans for regulatory overhaul two years ago. They have been taking input ever since and have good reason to move before the fall election changes the situation. One of the things they want to change: taking complete control of the FCC’s agenda away from the FCC Chairman.

"There are many, many other political battles that the FCC has to fight," said Farrar. "It would seem that [a fight over the ABC Assessment] is an unnecessary one at this point in time."