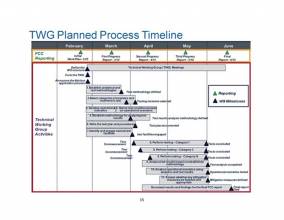 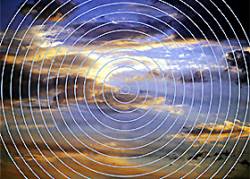 Yesterday (March 15, 2011), a working group mandated by the FCC waiver to address the potential LightSquared/GPS interference issue delivered its first monthly report required by the FCC.

The report lists the 34 members of a key technical working group (TWG) that will support the overall working group’s efforts to assess the risk for GNSS receivers operating under conditions of a dense national network of high-powered cell phone transmitters. The TWC has almost double the number of expected members proposed in a February 26 agreement, including a long list of prominent GPS experts from industry, wireless providers, engineering firms, public safety and various federal agencies.

The first report describes the groups progress on seven items:

2. Select categories of receivers and receivers to be tested

5. Derive test conditions based on the established operational scenarios

The TWG met initially on March 3 and has held several teleconference since then. LightSquared provided technical details to the TWG regarding the equipment that is planned for its terrestrial broadband deployment includes the channelization plan, output power, out-of-band emission (OOBE) characteristics and emissions mask.

As described in the working group report, the GPS community is concerned that desensitization/overload due to strong signals outside of the GPS band may cause GPS receivers to operate in a non-linear mode with reduced gain (i.e., gain compression) for the desired GPS signal. Other receiver impairments may also arise as a result of the by nearby strong signals.

The TWG has agreed to move forward with a combination of laboratory-based and field-based testing programs. Field testing will be performed at outdoor test locations using transmitters, filters, and antennas similar to those that LightSquared plans to deploy in its commercial operations.

Due to the heightened concern about interference occurring during its test operations, especially for aviation applications, LightSquared says it will work closely with the Federal Aviation Administration (FAA) in the test site selection process so that the FAA may issue Notices to Airmen (NOTAMs) should the agency determine it is appropriate.

The TWG has created seven sub-teams, each focused on one of these receiver categories. These sub-teams are responsible for determining device selection and prioritization criteria, defining operational scenarios, listing testing conditions and test plan procedures, and recommending appropriate test facilities.

The Technical Working Group members are:

The following individuals have offered to serve as advisors to the GPS Working Group: