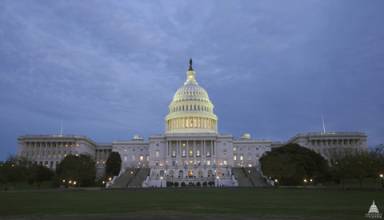 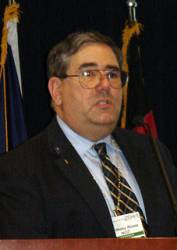 Pressure is mounting on the Federal Communications Commission (FCC) and proponents of LightSquared’s plan to operate high-powered ground transmitters in spectrum adjacent to GPS L1.

Pressure is mounting on the Federal Communications Commission (FCC) and proponents of LightSquared’s plan to operate high-powered ground transmitters in spectrum adjacent to GPS L1.

The agency, LightSquared, and the GPS community are working against a June 15 deadline to determine whether to allow LightSquared to proceed with its plans to build out a 4G/LTE broadband infrastructure  with up to 40,000 so-called ancillary terrestrial component (ATC) transmitters operating in the 1525–1559 MHz band immediately adjacent to a band used by GPS and other GNSS systems.

Initial tests indicate that the transmissions definitely cause a variety of interference to GPS receivers. In comments to the GPS Partnership Council meeting last week, Tony Russo, director of the National Coordination Office for Space-Based Positioning, Navigation, and Timing (PNT), said, “There are definitely interference effects. The question is how much and for what kinds of receivers.”

The National Space-Based PNT Executive Committee met Wednesday (May 11, 2011) to consider the analysis of early results from tests ordered by Russo separate from those undertaken in as a condition of the January 26 FCC order granting LightSquared a waiver on ATC limits. The ExCom has requested a meeting with White House, FCC, LightSquared, and other federal agency officials to discuss the situation.

Tests at the Jet Propulsion Lab in Pasadena also revealed the presence of “intermodulation products” or harmonics that appeared in the GPS L1 band in some receivers as a result of dual-channel LightSquared transmissions, Russo said. Testing will continue through the end of this month by both a working group established by LightSquared under the FCC order as well the National Space-Based PNT Systems Engineering Forum (NPEF), which is conducting the tests requested by Russo.

Russo himself has a substantial history dealing with GPS interference, having headed the 527th squadron at the Space Warfare Center from 2002–4, where among other tasks the squadron probed GPS vulnerabilities.

In a May 11 letter to Col. Bernard Gruber, director of the GPS Directorate, and other federal officials involved with GPS, the New Mexico E-911 director, Bill Range, said that those test showed that some receivers were unable to operate at distances up to 60 yards from a LightSquared tower and that positioning operations were substantially “skewed” at distances further away.

Inside the Beltway
Meanwhile, congressional officials are moving to ensure that LightSquared is not allowed to interfere with GPS.

Congressman Mike Turner, an Ohio Republican, successfully included language in the National Defense Authorization Act (NDAA) that requires the U.S. Secretary of Defense to notify Congress if he determines that widespread interference with the military’s use of the GPS is caused by a commercial communications service.

Turner, the House Armed Services Subcommittee Chairman on Strategic Forces, has legislative jurisdiction over space and satellite systems and included the provision in his mark-up of the NDAA last week. Passage by the full committee by a vote of 60-1 late Wednesday night (May 11) will bring the bill to a vote before the full House in two weeks.

“When it comes to GPS spectrum, government agencies must consult with the Defense Department on any effects. Our service members who are on the ground in two wars count on an uninterrupted GPS capability to do their jobs. This language creates a public notification so we know the magnitude of the problem,” said Turner.

According to the congressman’s office, the Commander of Air Force Space Command, General William Shelton, told Turner in March that, based on analysis he had seen to-date, “virtually every GPS receiver out there would be affected.”

Turner further stated, “We need our government, and the FCC, to do the right thing. . . . We need assurances from the FCC and this Administration that it will fully resolve the harmful interference issue prior to granting LightSquared final authorization to provide service.”

On the Senate side of Capitol Hill, U.S. Senator Charles Grassley (R-Iowa), the ranking minority member on the Judiciary Committee, sent FCC Chairman Julius Genachowski a letter expressing his dismay at the speed with which the FCC was moving the LightSquared proposal through the agency’s procedures.

“When considering a decision which might have such a strong impact on GPS users and the economy at large, it is essential that that FCC take time to consider all points of view and review as much scientific evidence as possible,” Grassley wrote.

He also said that the FCC action was precipitous given the fact that Phillip dFalcone, the senior managing irector of HarbingerCapital which owns LightSquared, “faces an ongoing investigation by the Securities and Exchange Commission into a $113 million improper transaction, which came to light in November 2010, shortly before the FCC gave notice of its dramatically accelerated timetable.”

For its part, the FCC appears to be telegraphing the position it will take on the issue, particulary efforts by LightSquared proponents to shift the burden of addressing any interference problems that arise onto the GPS community. In an April 6 report and order on opening up mobile satellite services for broadband, the FCC argued that “responsibility for protecting services rests not only on new entrants [to a spectrum] but also on incumbent users themselves, who must use receivers that reasonably discriminate against reception of signals outside their allocated spectrum. In thr case of GPS, we note that extensive terrestrial operations have been anticipiated in the L-band for at least 8 years.”