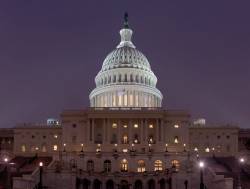 For the last 16 months the Federal Communications Commission (FCC) has been sitting on a request from the Europe Union to waive licensing requirements that are thwarting full use of Galileo signals in the United States.

For the last 16 months the Federal Communications Commission (FCC) has been sitting on a request from the Europe Union to waive licensing requirements that are thwarting full use of Galileo signals in the United States.

Already in use in commercial receivers, Galileo signals could, if approved for official use, make police and other government receivers more reliable and accurate. With the waiver Galileo could also be incorporated into requirements for services such as E911 where more signals make it easier to narrow the location of distressed cell phone callers in densely populated areas — including in apartment buildings where finding which floor someone is calling from can be difficult.

Getting Galileo approved was highlighted by the nation’s top satellite navigation experts as a key area they would likely recommend for action by the National Executive Committee for Space-Based Positioning, Navigation, and Timing (PNT), the group in charge of assuring U.S. PNT capability, at its next meeting June 23.

"Putting some fire under the Galileo approval I believe will do two things. One, it will make less theoretical the actual position of the United States, which is not a bad recommendation." said John Stenbit, the chair of the National Space-Based PNT Advisory Board said during their May meeting. "And two, it will be good for us, because it will allow us to do many things that we currently don’t do."

Although the Commission’s lack of action has been publicly criticized by satnav experts and privately by other federal agencies, the FCC has not budged, in part because, well, they haven’t had to. The FCC ultimately answers to Congress, not the White House and Congress has generally been more interested in finding more spectrum for wireless broadband, including potentially rezoning the band next to that used by GPS. Approving the used of another constellation means that protections for that system’s frequencies would have to be tightened and neither the FCC nor lawmakers have seemed interested in complicating the spectrum debate.

That is, until now.

In a report attached to National Defense Authorization Act for Fiscal Year 2017, the powerful House Armed Services Committee, which is chaired by Texas Republican Max Thornberry, urged the FCC to stop foot dragging and act on the waiver request.

The original request for a waiver was made in October of 2013, the report noted, adding the committee believed that "approval of such an allied positioning, navigation, and timing system could meet important national security goals, including the goals outlined in the National Space Policy."

While a number of steps had to be completed before the FCC could post the waiver for public comment — and then make a decision — the committee points out that that preliminary work is done. In fact it’s been done since January 2015 when the National Telecommunications and Information Administration (NTIA) sent a letter to the FCC saying that it had "concluded that the Galileo system and the European Commission request ‘meets the criteria NTIA previously established to grant the waiver.”’

The waiver was "consistent with U.S. trade and other treaty obligations," the NTIA wrote to the FCC in its January letter, and would also be consistent with the spectrum allocations established through the International Telecommunications Union.

In addition to pointedly highlighting the long delay, Thornberry’s committee has directed "the Secretary of Defense, in coordination with the Chairman of the Joint Chiefs of Staff, to submit a report to the congressional defense committees not later than July 1, 2016, outlining the national security benefits that the Department of Defense would expect to derive from a decision by the FCC to approve the European Commission request for the Galileo GNSS system and any other matters they deem relevant."

The Pentagon has been looking at adding Galileo signals to military receivers as a way to help address spoofing and jamming. In fact, the FCC’s foot dragging may now be an issue in the Pentagon’s ability to access Galileo’s Public Regulated Service or PRS.

"You cannot imagine that we are negotiating allowing the United States to use our more precise system of Galileo [PRS] without having reciprocity to use those signals here in the United States," Jaime Silva, an advisor to the Commission, told Inside GNSS late last year. The Galileo program launched two more satellites on May 24 and intends to make PRS signals available to users by the end of this year.

For their part, the Europeans officially are taking a patient approach to the long delays.

The U.S. governmental authorities are in charge of the procedure," said Paul Flament, the head of satellite navigation programs for the European Commission in an emailed comment. "We, in Europe, are simply expecting this procedure to progress but have no comment on how it proceeds at this stage. We simply concur with the statement of the extract of the report."