The Federal Communications Commission is being asked to choose between the immediate benefits of officially improving U.S. satellite navigation receivers and the possibility that, in doing so, it may raise interference levels in a neighboring band or make it harder to develop alternative uses for those adjacent frequencies. 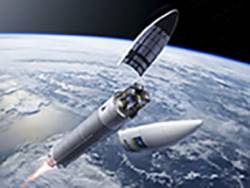 The European Commission (EC) reached out to the U.S. State Department at the end of 2013 to request an exemption from the requirement. The National Telecommunications and Information Administration (NTIA) assessed the request from its perspective as the manager of the federal uses of frequencies. It found that the Galileo signals were compatible with government systems including the GPS L1 and L5 signals in the 1559-1610 MHz and 1164-1300 MHz RNSS bands.

NTIA, on behalf of the executive branch, then forwarded the request to the FCC in January 2015. It said the proposal met all its criteria and recommended approval saying the waiver was in the public interest.

“We emphasize at the outset that we agree with NTIA that authorizing the use of Galileo signals has the potential to bring significant benefits to the American public, such as improvements in the availability, reliability, and resiliency of space-based PNT services,” the FCC wrote in its January 6, 2017 request for comment. “In this Public Notice, we seek to fully develop a record on these potential benefits, and the ways in which our grant of a waiver would serve the public interest.”

The benefits are clear, stressed the majority of those filing comments.

“A second constellation can be used to detect spoofing,” Michael Ritter, president of Hexagon Positioning Intelligence, wrote in his comments. “It may not be able to confirm which constellation is being spoofed, but the inter-comparisons can detect that something is not right and alert the user to proceed with caution.”

Two constellations worth of satellites and an increased number of usable signals will increase the availability of positioning information when the view of the sky is limited —such as at the ends of a field where there are more likely to be trees and other obstructions, wrote CNH Industrial, which makes construction and precision agricultural equipment.

“The most critical factor in getting a fix is visibility to the receiver of an adequate number of GNSS satellites,” confirmed Broadcom, a global semiconductor company headquartered in Irvine, Calif. “This is difficult in urban conditions where much of the sky may be blocked.”

Galileo signals improve the chances of getting a high-quality fix even under challenging conditions, the maker of semiconductor chips said. “In the case of 911 services these factors can have life or death consequences.”

It is those life or death instances that were the focus of comments by NENA, the 9-1-1 Association.

“With mobile callers now accounting for more than 75 percent of 9-1-1 calls in many jurisdictions, ensuring the availability of RNSS-derived position fixes is vital to the continued success of wireless Enhanced 9-1-1, and the future Next Generation 9-1-1 ecosystem,” NENA wrote. “Granting the EC’s waiver request will provide a new tool that handset manufacturers can use to help reliably locate their customers in an emergency.”

NENA, public safety communications group APCO International and four of the wireless carriers had proposed in 2014 to use GLONASS to enhance the ability of first responders to locate those needing help. That proposal was thwarted by the need to get FCC authorization.

“Supporting multiple RNSS (Radio Navigation Satellite Services) systems benefits consumers by increasing the number of satellite vehicles that may be ‘in view’ from any given location. This increases the probability that a smartphone will be able to obtain a fix, particularly in challenging environments such as indoors or in densely-forested areas,” NENA wrote in support of the waiver.

Moreover, they said, even when a fix with one system is possible, having “multiple systems provides an independent source of location data that can prove vital in resolving position ambiguities or detecting error conditions in the primary system.”

NENA pointed out that full modernization of the GPS systems was “subject to an indefinite delay” because of issues with deploying the new GPS ground system. Because the Galileo system is being deployed at a rapid pace … the practical availability of these improved signals may sooner be obtained for users of Galileo receivers than for users of GPS-only receivers. “Whether for nearer-term availability of real-time position-based routing, or for reductions in position uncertainty, there is no doubt that the availability of Galileo RNSS signals for emergency calling purposes will improve consumer outcomes over the long term,” NENA added.

Inmarsat Concerns
Normally the organization asking for a change, in this case the European Commission, must adapt to the needs of existing spectrum users. Inmarsat in its comments raised a question about out-of-band interference from Galileo in the United States and opposed the request, seeking instead a full EC application that includes coordination to protect mobile satellite services (MSS).

The firm uses the band 1525-1559 MHz and it said Galileo’s Public Regulated Service (PRS) signal, which is located next door in the E1 band that runs from 1559-1591 MHz, poses an interference risk to all types of mobile earth stations (MES).

“Inmarsat is particularly concerned with the PRS signal,” the company wrote. “Without filtering, the level of the PRS signal in the MSS band is only a few dBs (decibels) below the PRS maximum (power) level. The waiver request does not address the level of filtering that Galileo would implement to ensure that the out-of-band emissions do not cause interference to MSS operations below 1559 MHz.”

Unfortunately, much of the data submitted in the annex to Inmarsat’s was redacted making it hard to fully describe the concerns.

The EC noted in its comments that Galileo has been transmitting its PRS signals in that band since 2006 “without reports of interference to systems operating in the band below 1559 MHz.”

Ligado
Another firm has a different type of interference concern. Ligado wants Galileo to ensure that it can withstand interference from below.

If the waiver is granted the FCC will be obligated to protect the use of the Galileo signal in the United States — a level of protection that is not required for unauthorized signals. In fact, most receiver firms already incorporate signals from Galileo and other constellations though they can’t expect those extra signals to be protected and those devices can’t be used for official purposes like emergency location.

The EC confirmed in its comments that the Galileo E1 signal will use 32 MHz from 1559-1591 MHz, a swath a bit wider than the 1563-1587 MHz used by GPS L1. While within the RNSS band and coordinated with GPS, that puts the Galileo E1 signal somewhat closer to the frequencies would-be broadband provider Ligado hopes to use.

Ligado (originally named LightSquared) asked the FCC back in 2010 to permit it to use spectrum originally allocated for satellites for a terrestrial broadband network incorporating thousands of high-powered ground stations. The plan was put on hold when tests found the new signals would overload a wide range of GPS receivers.

In 2012 the firm filed for bankruptcy, reemerging in 2015 to adopt a new name and propose a plan to reduce interference. Though the company has since worked out agreements with several GPS receiver firms and sponsored studies that it insists indicate compatibility, interference questions remain — including those raised by results from the first phase of a federal study called the Adjacent Band Compatibly Assessment.

Ligado asserted in its comments on Galileo that any adverse effects on adjacent services need to be addressed before the waiver is granted. “As the moving party, the EC is responsible for submitting evidence demonstrating the electromagnetic compatibility of Galileo-enabled devices with adjacent band devices, including those that Ligado seeks permission to operate.”

Though Ligado’s new service is not licensed, it is asking that its proposal not be complicated by having to address any interference issues raised by another, more closely located GNSS signal.

Responses to this original round of comments are due March 23. The entire proceeding can be found in FCC docket 17-16.