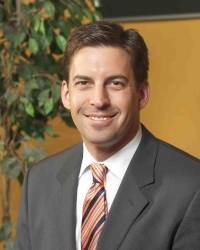 Hemisphere GPS has reported a 35 percent increase in revenues in 2008 — to a company record of US$72.7 million, versus $53.7 million the previous year. According to the company, 2008 growth was driven by strong market fundamentals in agriculture, including higher farm incomes.

Hemisphere GPS has reported a 35 percent increase in revenues in 2008 — to a company record of US$72.7 million, versus $53.7 million the previous year. According to the company, 2008 growth was driven by strong market fundamentals in agriculture, including higher farm incomes.

The Calgary, Alberta, Canada-based company reported net income of $6.1 million in 2008, compared to a loss of $0.9 million in 2007. For the fourth quarter ended December 31, Hemisphere GPS reported a decrease in revenues to $10.5 million, as compared to revenues of $13.5 million for the same period in 2007.

Despite the weakened global economy, Hemisphere’s management believes that lower sales activity in the fourth quarter was primarily due to an unusually late North American harvest, as well as foreign currency effects that have seen strong fluctuations.

Strong grain commodity prices have led to record net farm income in the United States and other countries in recent years, which in turn drove stronger sales of agricultural products.

The company cited the U.S. Department of Agriculture’s report, “Agricultural Income and Finance Outlook,” which estimated that net farm income — including both crop and livestock farms — will reach a new record of $86.9 billion in 2008, little changed from $86.8 billion in 2007, but 42 percent higher than the 10-year average.

Net cash income – which includes the carryover of 2007 crops – is projected to be 4 percent above 2007 levels. Increased cash inflows from farming operations provide additional capital for reinvestment in field equipment and precision GPS technology.

“2008 was the most successful in the history of Hemisphere GPS, despite the global economic conditions and a late North American harvest which emerged late in the year,” said Steven Koles, president and CEO of Hemisphere GPS. “We are very proud of what we have accomplished last year and are even more excited about the great opportunities we are pursuing for future growth and scalability.”

In an interview with Inside GNSS late last year, Koles expressed confidence in the long-term prospects for the company, especially in the ag sector. “The company is financially stronger than ever, and the financial health of our partners is good,” he said.

“Over the long term, supply and demand will favor agriculture, even without biofuel effects on prices,” Koles said, noting the diversion of some food crops to produce ethanol and related products. “China and India are demanding more protein in their diet.”

With growth in the world population, agriculture will need yield improvements of 50+ percent by 2030 to keep up, Koles said.

International sales growth for the year was 44 percent, contributing 30 percent of total revenues for the year, as compared to a contribution of 28 percent in 2007. Koles says that the company is just getting started in this area with eastern Europe, Russia, China, and India identified as key markets.

Investment in research and development was $8.1 million in 2008, compared to $5 in 2007. Koles told Inside GNSS the company’s technology roadmap includes adding other GNSS signals, real-time kinematic capabilities, and multiple-antenna configurations to its products.

The company has more than 260 employees and has grown rapidly over the past decade. In 1998, Hemisphere (then named CSI) generated only $5.6 million in revenue.