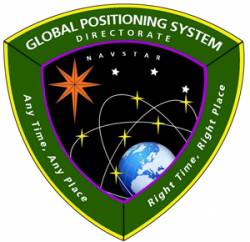 The GPS program continues progress on several fronts — in space and on the ground.

During fall 2010, the U.S. Air Force and the Raytheon Company team developing the GPS Advanced Control Segment (OCX) successfully carried out an integrated baseline review (IBR) for the next-generation system on schedule.

When completed in 2015 under the current schedule, GPS OCX will deliver control segment enhancements designed to provide secure, accurate and reliable navigation and timing information to military, commercial and civil users.

The GPS program continues progress on several fronts — in space and on the ground.

During fall 2010, the U.S. Air Force and the Raytheon Company team developing the GPS Advanced Control Segment (OCX) successfully carried out an integrated baseline review (IBR) for the next-generation system on schedule.

When completed in 2015 under the current schedule, GPS OCX will deliver control segment enhancements designed to provide secure, accurate and reliable navigation and timing information to military, commercial and civil users.

The contract represents the first two development blocks of the advanced control segment, which will have a significant effect on GPS capabilities. The OCX system will include anti-jam capabilities and improved security, accuracy and reliability and will be based on a modern service-oriented architecture to integrate government and industry open-system standards.

The BRTS is a specialized piece of test equipment designed to reduce risk and ensure overall mission success for the lifecycle of the GPS III program. The simulator will enable Aerospace Corporation to independently validate GPS III bus flight software for the U.S. Air Force.

The Lockheed Martin team recently completed the GPS III critical design review two months ahead of schedule and is now proceeding rapidly in the program’s manufacturing phase. The first launch of a GPS III satellite, which will provide significant improvements over current satellites, is scheduled for 2014 from Cape Canaveral Air Force Station, Florida.

However, the agency once again finds reason for concern about the prospects for the system. These primarily have to do with the unknowns associated with new generations of spacecraft (Block IIF and Block III), the need to improve Department of Defense (DoD) oversight and U.S. Air Force procurement of GPS resources, interagency coordination of civil and military user requirements, and questions about the timing of GPS III launches and completion of the next-generation ground control system (OCX) needed to support them.

A reduced number of launch facilities and a crowded launch manifest in the near future represent other risk factors, according to the GAO report.

Cristina Chaplain, GAO director of acquisition and sourcing management, outlined the agency’s concerns in a letter to John F. Tierney, chairman, and Jeff Flake ranking Republican member of the Subcommittee on National Security and Foreign Affairs, House Committee on Oversight and Government Reform.
“Since our prior report,” Chaplain wrote, “we found that the GPS IIIA program appears to have furthered its implementation of the ‘back to basics’ approach to avoid repeating the mistakes of GPS IIF and that it has passed a key design milestone [the critical design review in August 2010]. More specifically, the program has maintained stable requirements, has used mature technologies, and is providing more oversight than under the IIF program.”

The Air Force now predicts that the probability of maintaining a constellation of at least 24 operational satellites will remain above 95 percent for the foreseeable future—through at least 2025, the date that the final GPS III satellite is expected to become operational.

Despite these efforts to develop a stable and successful program, however, the GAO noted that the GPS IIIA program faces challenges to launching its satellites on schedule, with an agreesive schedule and a need to compete for limited launch resources.

GAO also pointed out that the current schedules for GPS IIIA and OCX have the first launch of a IIIA satellite taking place in early 2014, nearly two years before the fourth quarter of Fiscal Year 2015 (FY2015) scheduled completion of the OCX needed to control them.

In written responses to questions regarding constellation sustainment raised by the GAO report, the GPS Wing (GPSW) said, “From a constellation perspective, there is no compelling need for us to launch the next IIF satellite prior to fiscal year 2012. However, GPSW continues processing IIF SV-2 and we are following a plan to launch by summer 2011.”

Moreover, the GPS Wing response added, recent longer-term analyses of the GPS constellation by the Aerospace Corporation and Air Force Space Command (AFSPC) indicate that “we have considerable margin before we absolutely MUST launch the first GPS IIIA satellite.”

Goodbye, GPS Wing; Hello, GPS Directorate
The U.S. Air Force inactivated its GPS Wing at Los Angeles Air Force Base on on November 10 and replaced it with the Global Positioning Systems Directorate.

Reflecting mostly the taxonomy and naming conventions of military commands and organization, the new designation is expected to bring little change in the new organization’s leadership or scope of responsibilities, although the organization will no longer have headquarters status.