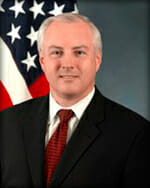 The Pentagon is executing a technology offset strategy designed to recapture some of the military advantage conveyed by America’s innovation edge.

The Pentagon is executing a technology offset strategy designed to recapture some of the military advantage conveyed by America’s innovation edge.

"For the last 30 years the US and our allies have been able to count on a set of unique capabilities in combat that no regional adversary could bring to bear," Assistant Secretary of Defense for Research and Engineering Stephen Welby  told the Senate Armed Services Committee’s Subcommittee on Emerging Threats and Capabilities at a hearing earlier this year. "We’re now at a pivotal moment in history where the advanced technical capability and capacity that the nation has relied upon on the battlefield is now being challenged by military technology investments being made by increasingly capable and assertive powers."

"Russia and China are our most stressing competitors," he said quoting Secretary of Defense Ashton Carter, "and they have developed and continue to advance military systems that threaten our advantages in specific areas, and in some cases they are developing new weapons and new ways of war that seek to achieve their objectives rapidly before they hope we can respond."

Among those advances is GPS jamming, which the Russians have deployed during the conflict in Ukraine. In fact, Russian success in the Ukraine has Army Lt. General H.R. McMaster evaluating how to counter their innovations, according to a report in Politico.

“It is clear that while our Army was engaged in Afghanistan and Iraq, Russia studied U.S. capabilities and vulnerabilities and embarked on an ambitious and largely successful modernization effort,” McMaster told the Senate Armed Services Committee’s Airland Subcommittee, Politico reported. “In Ukraine, for example, the combination of unmanned aerial systems and offensive cyber and advanced electronic warfare capabilities depict a high degree of technological sophistication.”

To address GPS jamming, the Army is working on Assured Position, Navigation and Timing (A-PNT), McMasters said in the joint testimony submitted by the Army witnesses.

The service is developing non-GPS  augmentation for "distributed Mounted and Dismounted PNT capabilities," they wrote, as well as pseudolite transceivers and anti-jam capabilities.

"Both the Mounted and Dismounted efforts are structured to provide a hub capability that distributes an A-PNT solution to vehicles and Soldier systems," they wrote.

Army researchers hope to transition the A-PNT technologies to the service’s PNT program manager next fiscal year with the goal of reaching Milestone B — that is, the engineering and manufacturing development phase — by mid-fiscal year 2018, they said.

The Army is not the only organization working on the problem.

On April 12, William Roper, the director of the Strategic Capabilities Office within the office of the Secretary of Defense, told the Emerging Threats Subcommittee that his office was partnering with the Air Force to find a way to leverage commercial, smartphone-class sensors into an upgrade kit for legacy air-to-ground weapons. That effort, now at the prototyping stage, could enable GPS-guided weapons such as the Small Diameter Bomb and the Joint Direct Attack Munition (JDAM) to still navigate in GPS-denied areas.

This week Doug Loverro, the deputy assistant secretary of defense for space policy, told the Space Symposium in Colorado Springs, Colorado, that the Pentagon is also looking at incorporating the signals from other satellite constellations into military operations as a way to address jamming or the even the loss of one or more GPS satellites

“This is a policy we have not addressed yet because we have not had to address it yet. We see it right around the corner,” he said, according to a report in Space News.

However, perhaps the greatest advantage, could come, albeit indirectly, from the Next Generation Operational Control System (GPS OCX), now under development by Raytheon.

GPS officials have described previously how the new ground system would free up personnel now managing the constellation to do other things like navigation-related problem solving, including for warfighters in the field.

Speaking broadly about space and how the United States copes with the technological prowess of its adversaries, Roper said America’s biggest advantage lies in its system operators and their experience.

That messy environment, he said, is something other countries may not be able to handle

"The reason I think we’ll pull this offset off, is that we’re coming out of 20 years of operational experience that no one in the world can match. And so we’re saying to the world that we’re going to change — going into this messy environment with our eyes open and we’re going to dominate in it. And that’s based on giving operators the technology to be able to adapt in that environment but trusting them to be able to use it and master it. So, I think the biggest ill that we could do, as a department, is to have all the shiny bells and whistles in the technology world, which are important, override what’s underwriting it, which is our human operator foundation."