GPS Program Budget: A Lot, But Is It Enough? - Inside GNSS - Global Navigation Satellite Systems Engineering, Policy, and Design 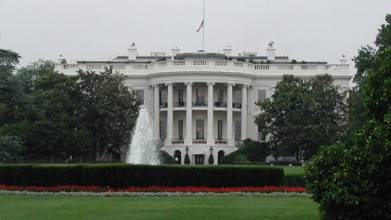 The details of President Obama’s 2013 budget have been gradually filtering out and, in general, the GPS system and those programs closely linked to satellite navigation, have escaped deep cuts.

On the hardware side the White House has requested $58.2 for GPS IIF satellite procurement. According to Air Force budget documents, the plan is to then wrap up the total IIF procurement of 12 satellites with a request for $77.6 million in FY14 and $7.3 million in FY15.

The details of President Obama’s 2013 budget have been gradually filtering out and, in general, the GPS system and those programs closely linked to satellite navigation, have escaped deep cuts.

On the hardware side the White House has requested $58.2 for GPS IIF satellite procurement. According to Air Force budget documents, the plan is to then wrap up the total IIF procurement of 12 satellites with a request for $77.6 million in FY14 and $7.3 million in FY15.

The funding is the “normal and expected allocation year by year,” according to Boeing spokesperson Diana Ball, whose firm is building the IIFs. Eight IIF spacecraft are still under construction, two more in storage, and two in orbit. The budget request incorporates support for launch, including satellite integration and on-orbit check out.

There may, however, be a need for a bit more spending.

GPS expert, who spoke on condition of anonymity, confirmed that a problem has arisen with one of the clocks on one of the two IIF satellites in orbit. Though backup clocks are in place on board to ameliorate any glitches — and Ball said no “operational issues” have appeared yet — the problem could ultimately shorten the life of the satellite, the expert explained

Given this situation, additional resources may be needed to determine what caused the problem and then make changes to the satellites still on the ground. This, however, will not become a government budget issue. As noted by Ball, her company has a fixed-price contract to build the IIF satellites. The cost of any work to understand and address the clock question will be borne by Boeing.

The president’s budget also requests a total of $14.3 million for research and development for the GPS IIF program. The money would pay for training simulators, integrated logistics support (ILS) products, and research into providing anti-jam capability through increased military (M-code) signal power. If granted, the funding would also be used to develop “upgrades to integrate the SAASM [Selective Availability/Anti-spoofing Module] mission planning system (SMPS) and implement the new STRATCOM/SAASM operations concept,” according to Air Force budget documents.

Looking further out, the White House requested a total of $492.9 million for advance procurement of GPSIII satellite components with total procurement spending of $563 million planned in FY14, $660 million in FY15, $772 million in FY16 and a surge to $1.018 billion in FY17. This is in line with previous plans, sources told Inside GNSS. In fact, Lockheed Martin announced on January 12 that the Air Force awarded it a $238 million contract for production of the third and fourth GPSIII satellites

Launch Concerns Reappear
The development budget also includes research on capabilities such as dual launch — the ability to loft more than one GPS spacecraft on a single rocket. It is, in fact, the limits of the nation’s space launch capabilities that appear to be among the greatest challenges to sustaining the constellation.

As with other defense and intelligence spacecraft, GPS satellites have been launching recently on the Evolved Expendable Launch Vehicle or EELV, and launch costs have risen so much that some experts consider them a threat to the future of the constellation. The cost of reaching orbit has been the subject of debate in Congress, with some elected officials favoring opening up requirements to enable new commercial launchers to complete for Air Force and other launch contracts.

To stabilize rocket production, support industrial capacity, and hopefully help control costs, the House and Senate agreed during negotiations on the 2012 omnibus spending bill to a “core” purchase of eight EELVs per year — a plan endorsed by the Air Force. The first GPS III should be ready for launch in 2014.

Experts who follow the program closely and spoke on condition of anonymity said that some concern has arisen that not enough launch vehicles will be available at the right time for the GPS III satellites. For example, with the other defense and intelligence programs vying for EELV launch services, explained one insider, a need will likely arise for more than eight launches per year in 2015 and 2016.

Given the age of the current GPS satellites, if a sudden spate of spacecraft failures occurred at the same time, a launcher shortage could result in fewer satellites on orbit and a less capable constellation.

“One of the drivers for us looking at the dual-launch capability is not only saving on cost but also being able to save on the number of boosters you need to populate the GPS constellation,” said Lockheed Martin spokesman Michael Friedman.

Unless the situation changes the Air Force would need to make the shift by the ninth GPS III satellite, said a source familiar with the issue. Lockheed Martin submitted a study to the Air Force in early December 2011, Friedman said, that showed it would be possible to accomplish dual launches on an Atlas 5 rocket beginning with GPS III satellites 5 and 6.

Alternatively, Congress is urging the Air Force to broaden its stable of vehicles to tap the new commercial rockets. These could potentially include SpaceX’s new Falcon 9 rocket, which is set for another test launch this spring.

Beyond the funding requested for the spacecraft, the Obama administration has asked for $7.7 million in the budget for ground equipment and $372 million to continue development of the Next Generation Operational Control System or OCX. Like other programs this one appears to have been given fairly steady funding.

Of the total requested for FY13, some $308 million will actually go to OCX, for which Raytheon is the contractor, and the rest will be allocated to other firms doing related systems engineering, tech support and system integration.

A Walk on the Civil Side
On the civilian side, the president’s budget request includes $40 million to fund the civil contribution to the GPS program. This is the money given to the Air Force to cover the expense of the civil requirements supported by the GPS system.

The White House also allocated $96 million for the Federal Aviation Administration’s Wide Area Augmentation System. WAAS allows airports in the National Airspace System to have vertical and horizontal guidance without expensive legacy navigation hardware installed at each runway, the administration explained in its request. If approved, the money will pay for the lease of geostationary satellites, improvements to communications equipment, a number of technology support services. and the surveys and procedure development necessary for using WAAS.

Congress is also being asked to approve $5.6 million for Nationwide Differential GPS (NDGPS), $3 million for the FAA’s Ground Based Augmentation Systems (GBAS) and $4 million for Alternative Positioning, Navigation, and Timing. APNT will support the Next Generation Air transportation System (NextGen) and help back up capabilities that could be lost if there were interference to the GPS signal.

NextGen is at the center of the FAA Reauthorization and Reform Act of 2011, which was signed into law on Valentine’s Day. The subject of a bitter and protracted fight, largely over labor issues, the $63.3 billion bill gives the FAA a four-year authorization to pursue this massive effort to upgrade and expand the nation’s air traffic control system.

The program will shift aircraft from using radar towers for point-to-point-to-point travel to using GPS-based navigation — a step essential to handling the growth in U.S. air traffic. In addition to authorizing funding for the NextGen program itself, the legislation directs FAA to work on developing an incentive program to encourage aircraft operators to equip their planes to utilize NextGen services.

It is important to remember, though, that the FAA legislation is a Congressional authorization, not an appropriation. The measure gives permission for the federal government to spend money, but it doesn’t actually provide the funds. The President’s budget request is a step in the separate appropriations process.

Though details were not available about the funding requests for some of the other programs integral to the operation of GPS, the submitted budget for the National Executive Committee for Space-Based Positioning, Navigation, and Timing (PNT) held relatively steady at about $900,000 according to Tony Russo, director of the National Coordination Office for Space-Based PNT.

One area not funded, however, was testing. The idea of setting aside monies for interference and other testing was discussed, said Russo, but dropped.

Testing resources became an issue in 2011 when a proposal by would-be wireless broadband provider LightSquared launched several rounds of extensive interference tests. Those unexpected expenses came out of the existing budgets of the key agencies managing the GPS system, including the Departments of Defense and Transportation.