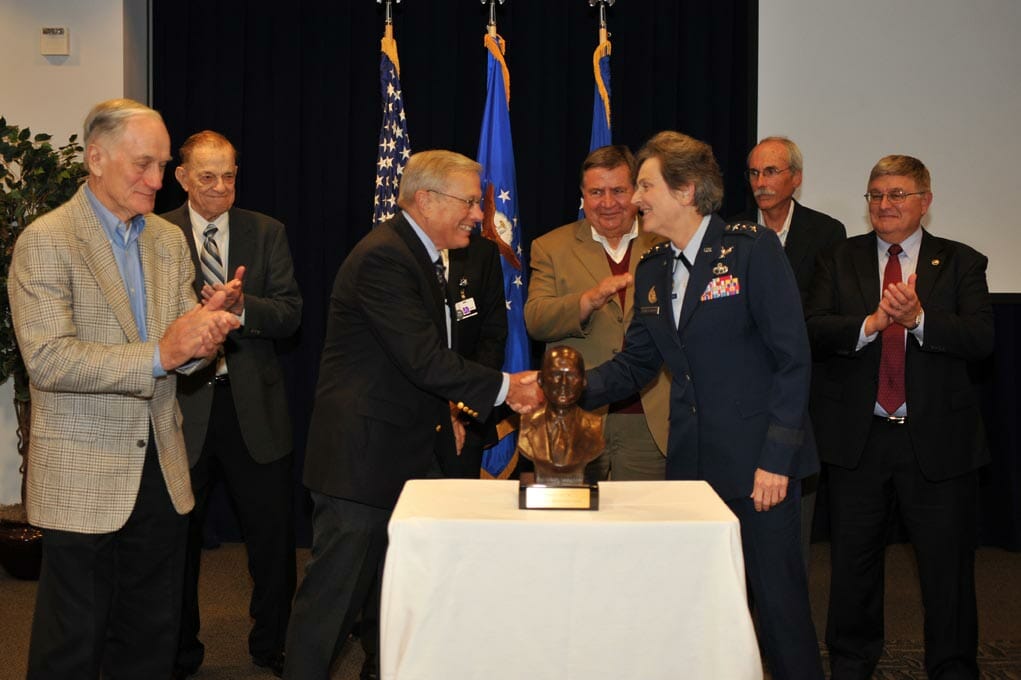 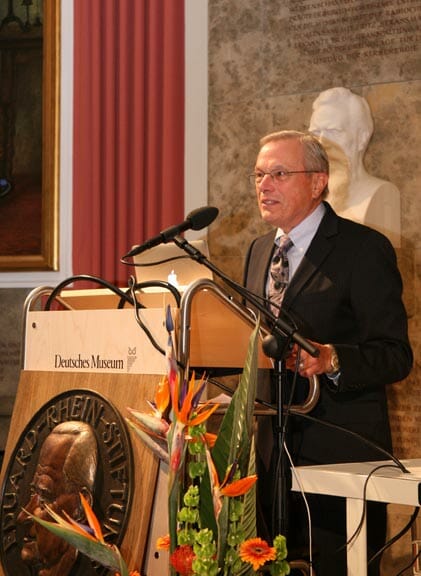 The Global Positioning System and its founders continue to collect honors for the world’s original GNSS enterprise.

The Global Positioning System and its founders continue to collect honors for the world’s original GNSS enterprise.

Parkinson and the "GPS Originators" were awarded the prestigious Goddard Trophy in March 2012. The award recognizes the team’s "significant contributions to the development of the GPS, one of the most innovative space inventions of all time and recently recognized as one of the greatest space contributions to humanity," according to the National Space Club, which sponsors the award.

In October, Parkinson received the prestigious Technology Prize of Germany’s Eduard-Rhein-Foundation for his role in leading the development of GPS.

The Dr. Robert H. Goddard Memorial Trophy, named for the man considered to be the father of modern rocketry, is presented annually to the individual or group who has had the greatest impact on space activities.

Past winners of the Goddard trophy include Presidents Ronald Reagan and Lyndon Johnson, Sheila Widnall, Charles Draper, the Apollo 11 astronauts, John Glenn (twice), and the crew who perished in the Space Shuttle Columbia disaster.

The GPS originators decided to give their trophy to Air Force Space Command’s SMC, the home of the GPS Directorate and predecessor organizations back to the GPS JPO.

The award emphasized the leading role of Parkinson for his “intuition, inspiration, and guidance” that were crucial to the success of GPS, noting that the system “has become the model for other navigation systems, including Galileo.”

In his reply, Parkinson honored the initiative of Getting and the 1964–66 study led by Nakamura and Woodford. He accepted the prize as “A Tribute to the ‘almost forgotten’ who labored and sacrificed to make it happen!” and mentioned in particular the role of Green, Major Birnbaum, Steve Gilbert, Fruehauf, and Spilker. He also described the importance of the political protection of the program provided by Currie, then the U.S. deputy secretary of defense.

The awards are only the latest in a long line of honors for which the Global Positioning System and its contributors have been singled out.

In 2011, the International Astronautical Federation awarded GPS a trophy as the most “singular and successful project in the field of Space Applications, Space Science and Exploration, which could demonstrate through its implementation, that measurable benefit to humanity has been achieved.”

In 1993, the National Aeronautic Association selected the GPS Team as winners of the 1992 Robert J. Collier Trophy, the nation’s most prestigious aviation award.

The U.S. Air Force Space and Missile Pioneers Hall of Fame at Lackland Air Force Base, Texas, inducted Francis X. Kane in 2010 for his role in space technology development and the engineering design concept of GPS conducted as part of Project 621B.