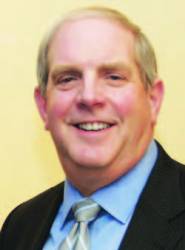 In the “gee-whiz” awesomeness of proliferating GNSS apps, it’s sometimes hard to remember that Global Positioning System originated as a military system designed to meet strategic and tactical needs on the battlefield.

And, with the U.S. Air Force continuing its 40-year mission as the executive agent for sustaining GPS, that undiminished military role plays no small part in ensuring the availability and reliability of the U.S. contribution to the GNSS system of systems.

In the “gee-whiz” awesomeness of proliferating GNSS apps, it’s sometimes hard to remember that Global Positioning System originated as a military system designed to meet strategic and tactical needs on the battlefield.

And, with the U.S. Air Force continuing its 40-year mission as the executive agent for sustaining GPS, that undiminished military role plays no small part in ensuring the availability and reliability of the U.S. contribution to the GNSS system of systems.

The long road traveled by the Department of Defense (DoD) in bringing GPS to its prominent, even dominating, presence in the world of positioning, navigation, and timing (PNT) has encountered a growing number of challenges in recent years: budgetary constraints, pressures to modernize in a technologically evolving world, the recognition of GNSS vulnerabilities and physical constraints, and the need to accommodate civil, commercial, and scientific user communities along with the military services.

In the early years of the GPS program, for instance, some people thought that the new satellite-based technology would replace many legacy navigation systems, including those operated by the DoD. More recently, with growing awareness of the limitations of GPS access in some operational environments, as well as vulnerability to interference and jamming, defense officials seem to have re-set their expectations for GPS as they look for robust and ubiquitous PNT capabilities.

Another challenge: Even as the new military M-code signal becomes implemented on a growing number of GPS satellites, the GPS Directorate continues to search for the best way forward in getting M-code–capable receivers onto platforms and, especially, into the hands of military personnel in the field.

To address these and other questions regarding the role of GNSS in military affairs and the role of the military in GNSS affairs), we turned to Doug Taggart, president of Overlook Systems Technologies, Inc. Based in Vienna, Virginia, Overlook has a deep grounding in GPS, supporting over the years the Office of the Secretary of Defense (C3I, NII, AT&L and CIO), the Joint Staff, Secretary of the Air Force Acquisition Office, Departments of the Army and Navy, Air Force Space Command Headquarters, 50th Space Wing, and Space and Missile Systems Center (SMC) Global Positioning Systems (GPS) Directorate.

IGM: How would you characterize the role/ status of GPS within overall PNT-related military programs and policies in the medium and long term?

TAGGART: No one reading this magazine needs me to recount the virtues of GPS — it is clearly a critical enabling technology that is threaded throughout almost every facet of DoD’s infrastructure. It has undeniably redefined how the DoD conducts operations. DoD dependence on the enabling capabilities of GPS has awakened an awareness of the value of precise positioning, navigation, and timing (PNT) and illuminated the necessity of ensuring the warfighter has a robust, resilient, and ubiquitous PNT information source.

DoD leadership is aware of the current dependence on GPS to provide the required level of very precise PNT. Fortunately, in parallel with awareness of this dependency, there is now a growing understanding that PNT information must come from more than one source. With that said, I fully expect GPS to remain the cornerstone of DoD’s global PNT information source well into the foreseeable future. However, the rest of the PNT structure needed to fill the gaps and provide for ubiquitous PNT across the full spectrum of military requirements still needs to be developed and implemented.

IGM: What are some of the leading issues associated with the idea of combining GPS with other military or security-oriented GNSS signals and services, such as the Galileo Public Regulated Service?

TAGGART: Untangling the challenges of addressing this question clearly involves technical, operational, policy, and cost issues. It also requires a well-vetted and documented military requirement. I believe that the first significant challenge would be to convince those participating in the DoD’s requirements process that the addition of other GNSS signals would provide distinctive benefits to enhance military PNT capabilities, particularly since those signals share similar vulnerabilities when compared to GPS.

As to the specific question of the forecast Galileo Public Regulated Service (PRS), beyond the issue of having vulnerabilities similar to GPS, it is my sense that technical details of how PRS will be fielded, controlled, and/or made operational are not yet known by the DoD. Until those details are made available by those designing Galileo, it is difficult for me to even begin to speculate how any technical, operational, or policy issues might be resolved.

IGM: What is your assessment of the current status and way forward for M-code user equipment?

TAGGART: Fielding military user equipment has always been a challenge for GPS. It is exacerbated by the fast pace of today’s technology (Moore’s Law), constrained by the rigors of the DoD’s requirements process, and burdened by the economic realities imposed by a military user base that includes new and legacy GPS-enabled systems.

In my view, the Air Force’s plan for fielding M-code user equipment beginning with increment one (platform focused) and following with increment two (personnel and specialized mission areas such as munitions) was driven by the DoD’s requirements process. The plan is complicated by the challenges of designing and managing the M-code security architecture and maintaining a balance between the simplistic “one size fits all” approach and the specialized but unaffordable “every solution is unique” approach.

Although this may be somewhat beyond the scope of the question, an architecture that allows for graduated PNT capabilities needed to meet specific system or mission requirements might allow for signals of opportunity and other PNT information sources to be integrated into military user equipment. This offers a broader collection of capabilities ranging from uniquely civil/commercial sources at one end of the spectrum all the way to sole reliance on military generated and derived (trusted) PNT solutions on the other. But even in this graduated approach to obtaining PNT, the challenges of dealing with how M-code user equipment will be made available are still complicated and could ultimately be more costly based on a decreased overall military market/user base.

IGM: How would you assess the state of civil/ military cooperation in GPS affairs?

TAGGART: My immediate response would be to suggest that cooperation could be better. But characterizing what is meant by saying “could be better” requires that I establish a reference. In the mid 1990s when GPS was declared fully operational (July 17, 1995) and Presidential Decision Directive/National Science and Technology Council (PDD/NSTC- 6) (March 1996) was issued, there was interagency coordination regarding the national goals being pursued. The primary goal was to advance the role of GPS internationally and make it the global standard for U.S. military alliances and civil, commercial, and scientific enterprises. That goal was achieved and represents the high-water mark for civil/ military cooperation.

In comparison, civil/military GPS cooperation today is no longer focused on coordinated national goals but has been fragmented by competing equities among agencies interested in advancing PNT applications based on GPS and other systems. In my opinion, this situation has been created by a national policy that reflects the criticality of PNT to the nation but fails to stimulate agency commitment toward implementing solutions to sustain the level and of civil/ military cooperation that made GPS the success it is today.