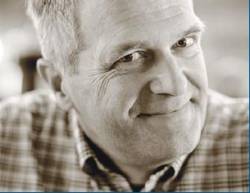 The latest Updated National Seismic Hazard Maps recently released by the U.S. Geological Survey (USGS) indicate a higher level of earthquake risk for the West Coast and some areas of the Midwest and East Coast then previously thought. (See the related news article in this issue on page 18.) In the next 30 years, the USGS says, California has a 99.7 percent chance of a magnitude 6.7 or larger earthquake, and the Pacific Northwest has a 10 percent chance of a magnitude 8 to 9 megathrust earthquake on the Cascadia subduction zone.

The Federal Emergency Management Agency (FEMA) has estimated the average annualized loss from earthquakes nationwide to be $5.3 billion. According to FEMA, 77 percent of that figure ($4.1 billion) comes from California, Washington, and Oregon, with 66 percent ($3.5 billion) from California alone.

So, an ongoing effort by the USGS and partner agencies and institutions to establish a West Coast Earthquake Early Warning (WC-EEW) system as the prototype for an eventual nationwide “ShakeAlert” system seems especially timely.
The early warning system exploits physical characteristics of earthquakes, which generate two main types of waves: rapidly moving primary or P-waves and the slower secondary (S) and surface waves that cause more intense and damaging ground shaking. (See accompanying figure.)

By detecting and analyzing the location and magnitude of an earthquake reflected in the P-wave energy, expected ground-shaking levels across a region can be estimated and warnings sent to local populations before more damaging shaking arrives with or after the S-wave. The advanced warning can range from seconds up to more than a minute, depending on the distance an affected area is from the earthquake’s origin.

Ken Hudnut, a geophysicist at the USGS Earthquake Science Center in Pasadena, California, and chair of the GNSS Working Group for the WC-EEW, has a long history in working in the area of geohazards. Dr. Hudnut received an A.B. degree in Earth sciences from Dartmouth College and a Ph.D. in geology from Columbia University. Before joining the USGS in 1992, he was a post-doctoral fellow at the California Institute of Technology Seismological Laboratory and currently is a visiting associate in geophysics on the faculty of the California Institute of Technology.

We called on Dr. Hudnut to discuss the state of the art in seismic science and the role of GNSS in that research and in the design and operation of earthquake early warning systems.

IGM: The USGS has a long history of developing instrumentation for the study of earthquakes and other types of Earth movement. What does GNSS positioning bring to the task that seismic sensors do not provide and, more specifically, how do GPS/GNSS data benefit EEW systems?

HUDNUT: GNSS positioning is especially good at rapidly giving us the change in a station’s position. Seismic sensors measure vibrations very well, but GNSS is better at measuring permanent displacement.
In a big earthquake, a station might move by several meters in several seconds, and not just in a simple straight line. The shaking may include erratic oscillatory displacements that are several times larger than the permanent displacement. Even though GNSS was never intended to measure such large, sudden, and jerky movements, we find that it works very well and provides a great augmentation to the seismic sensors that are currently in use for earthquake early warning.

IGM: How is GNSS data different from that obtained from these seismic sensors and how is it merged in an EEW system?

HUDNUT: GNSS data add to system robustness because they are an independent measurement. The seismic sensors are basically a mass on a spring, whereas GNSS is measuring position variation using changes in ranges to a constellation of satellites, so it’s a totally different kind of observation. Having both types of data makes the system stronger because we can immediately rule out glitches coming from one sensor type or the other. The diversity of observations gives us more strength.

As for merging the data, there is an abundance of literature and we are testing everything from uncoupled to loosely coupled and tightly coupled, and using a variety of methods. There are trade-offs in terms of simplicity, speed, and smoothing that we’re evaluating on an ongoing basis. We are creating a hair-triggered system that is also very robust even during large dynamic displacements, which is not a slam dunk. We’ve learned a lot by studying the methods of combining being done for strap-down avionics, that is, navigation and positioning systems, and looking at both commercial off-the-shelf solutions and open-source options.

IGM: What GPS/GNSS signals, satellite observables, and signal components (e.g., code vs carrier phase) are used in the EEW system?

HUDNUT: Right now, we are mostly reliant on GPS alone, but we have upgraded to GNSS receivers at our stations over the past several years. Of course we’re doing phase-differential, dual-frequency processing to get the few-centimeter accuracy in real-time; so, we do widelaning and narrowlaning, but code is relatively unimportant to us — we rely heavily on the carrier phase. We’re using precise point positioning with ambiguity resolution, which is possible for GPS these days and in the future may be possible for GLONASS as well. Our limited telemetry bandwidth doesn’t allow us to bring back all of the GLONASS and other GNSS data just yet.

IGM: What practical benefits are provided by an impending seismic movement alert on the order of tens of seconds?

HUDNUT: Applications envisioned are getting school children to safety under their desks that much sooner, and operating automatic shut-off valves, putting computer systems into a safer state, or switching other automated systems to try to prevent loss of life or damage to property. If you were having surgery performed at that time, wouldn’t you want the surgeon to remove the scalpel to safety right before the shaking started?

We want to make it possible for people to invent their own applications, and we expect this to happen here as it has in Japan, Mexico, and other countries that have already had EEW for many years and even decades. In Japan, EEW protects the Shinkansen (bullet train) system. In California, BART is testing use of EEW and figures it could help prevent or lessen the severity of future derailments.

IGM: In recent years, a number of demonstration campaigns have been conducted, involving public agencies and citizen participants in sending and receiving test notifications of an earthquake. What have been some the most important lessons learned from those campaigns?

HUDNUT: ShakeOut is our annual public drill to encourage “Drop, Cover, and Hold On” by everybody. We started this in 2008 in California and it has grown worldwide. We use that as an earthquake hazard awareness opportunity for publicity for EEW. In general, ShakeOut encourages a personal action that could be done even quicker if one had an operational public EEW.

With the ShakeAlert EEW system, what we have been doing for the past couple of years is a slow roll-out through selected “beta-users.” We don’t want to roll this out to the public before it’s ready because of the “cry wolf” gotcha. Most county-level and large cities’ emergency operation centers, plus Caltrans and BART for example, have the ShakeAlert UserDisplay installed so that they could potentially relay an alert through dispatch communications systems.