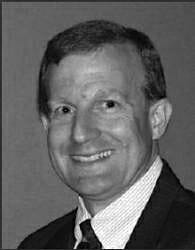 Contrary to a widely held public impression, the elimination of GPS Selective Availability in 2000 did not take care of the needs that many users have for enhanced GNSS capabilities.

Indeed, various “augmentations” have been developed to meet the requirements of some applications for better accuracy, availability, or integrity (the assurance of the quality of a signal) than are available from GNSS signals in space.

Contrary to a widely held public impression, the elimination of GPS Selective Availability in 2000 did not take care of the needs that many users have for enhanced GNSS capabilities.

Indeed, various “augmentations” have been developed to meet the requirements of some applications for better accuracy, availability, or integrity (the assurance of the quality of a signal) than are available from GNSS signals in space.

Perhaps the largest and most widespread efforts are the satellite-based augmentation systems (SBAS) being created by government entities around the world, typically associated with aviation-related agencies. These include such programs as the U.S. Wide Area Augmentation System (WAAS) operated by the Federal Aviation Administration (FAA) and the European Geostationary Navigation Overlay Service (EGNOS) currently operated by the European Satellite Services Provider on behalf on behalf of the European Union.

SBAS activities are linked by various organizations to ensure that all certified aviation receivers are compatible with all operational SBAS systems. This means that all service providers and all receiver manufacturers need to have the same understanding of the message format and contents. In the United States, an RTCA Inc. working group two meets three times a year and enables service providers, receiver manufacturers, and the user community to discuss SBAS performance, interpretation of the standards, and future planning. RTCA is also the U.S. agent for contributing to the minimum operational performance standards (MOPS) that provide the most detailed description of how to implement an SBAS.

The European Organization for Civil Aviation Equipment (EUROCAE) Working Group 62 meets twice a year to plan for inclusion of Galileo in future avionics. Finally, the International Civil Aviation Organization (ICAO) is the top-level organization in which civil aviation authorities around the world establish the standards and recommended procedures for all navigation systems.

We asked Dr. Todd Walter to bring us up to date on the status of GNSS augmentation efforts. Walter is a senior research engineer in the Department of Aeronautics and Astronautics at Stanford University and has a long history with international SBAS programs, including WAAS, for which he is helping design future architectures to provide aircraft guidance. Walter also works with the FAA and GPS Directorate on incorporating integrity concepts into GPS III. He is a fellow and current president of the Institute of Navigation.

IGM: What interference/jamming risks exist for augmentations systems? What efforts are being made to prevent or mitigate such risks?

WALTER: Ground-based local area augmentation system (LAAS) reference receivers are located very near to one another at their current installations, which makes them vulnerable to simultaneous outages from strong jammers as was observed at the Newark airport installation. Currently LAAS is investigating several changes such as increasing the separation between antennas, better shielding between the antennas and the likely sources of jamming, and different antenna designs to better reject jamming. Other airport installations are able to obtain much better separation of the antennas from likely sources of jamming.

WAAS has 38 geographically distributed reference stations and the loss of any individual station has very little effect on performance. The current level of observed jamming activity has had negligible impact on WAAS performance. However, the FAA remains very concerned about the potential for greater levels of jamming. I am confident in WAAS’s ability to function even in the face of increased jamming, but it is wise to actively monitor the threats and investigate mitigations. Both systems continuously monitor for interference at each of their reference sites and have taken action to identify and remove the source when clear patterns have been observed.

IGM: What are the prospects for multi-frequency SBAS augmentation in the United States, e.g., L1/L5?

IGM: Have any efforts been made to explore the synergy between space-based and ground-based augmentation?

WALTER: Both WAAS and local area augmentation systems (LAAS) use CORS data to investigate ionospheric behavior and the historical performance of the GPS satellites. In addition, WAAS makes its reference station data available as part of the CORS network. However, these other systems serve a wide variety of users who have an interest in a number of applications very different from aviation. The primary concern of the aviation systems is integrity. WAAS and LAAS are willing to sacrifice availability in order to meet their very stringent real-time integrity requirements. Other users may be more willing to average over longer times or risk the possibility of reduced integrity and/or accuracy. Further, WAAS and LAAS have strict security requirements that do not allow for reference stations to be placed in open, accessible environments. So, I believe that the interaction between these services will remain at the level of data sharing and is unlikely to extend to a deeper integration.

IGM: WAAS and EGNOS, at least, started out as aviation-oriented efforts. What has been the experience in extending these services into other application domains?

WALTER: WAAS and EGNOS have taken different paths towards extending their services into diverse application modes. From its inception, the EGNOS program targeted multi-modal applications and has worked with representatives from road transportation, agriculture, maritime, mobile applications, and others to develop successful demonstrations of non-aviation applications. EGNOS has also made its signal available over the Internet through their EGNOS Data Access Service.

WAAS on the other hand has always been funded and developed as a navigation system for aviation. However, the FAA is very interesting in ensuring that WAAS can be used for other purposes. WAAS was quickly discovered and adopted by other application areas long before the system was declared operational, including the precision farming community. The FAA even changed some of its early GEO testing to prevent the tests from disrupting service for this community.

Throughout its history, the vast majority of WAAS consumers continue to be non-aviation users. These other application areas have discovered and exploited the benefits of WAAS without specific investment by the FAA. In fact, one would be hard-pressed to buy a non-aviation GPS receiver today that is not WAAS-capable.